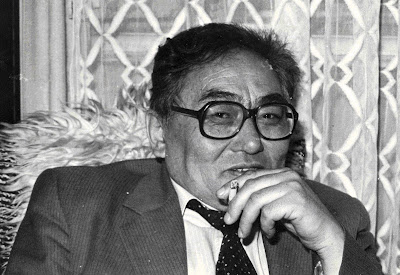 This obituary pays tribute to the life of the distinguished ornithologist Dr. Ayurzana Bold, who passed away on June 10, 2007.

Ayurzana Bold was born in 1936 and grew up in Ulaanbaatar, Mongolia. He was Academician of the Mongolian Academy of Sciences (MAS) and a highly respected biologist and ornithologist in Mongolia and abroad as well. He worked as a senior scientist at the Institute of Biology of the MAS till his last day of his life.
Between 1953 and 1957, he was educated at the National University of Mongolia (NUM), the largest university of the country, where he studied biology and natural sciences. After graduation he started his career as a biology lecturer at the NUM. During his years at the University he participated in several large zoological expeditions to the Trans-Altai Gobi, the Mongolian Altai, the Dzungarian Gobi, the South Gobi, the Eastern Gobi, Mongolia’s eastern steppes, and the taiga mountains in Khovsgol, which were organized by the Mongolian and Russian Academies of Sciences. Participation in those legendary expeditions was fundamental for his future work.

Throughout his academic career he worked for the Mongolian Academy of Sciences since the establishment of the Institute of Biology in 1961. His main responsibilities were to study and explore bird species inhabiting various landscapes in the country, raise awareness on birds among the public, and collect reference specimens etc. He started almost everything from the beginning in close cooperation with his fellow biologists and visiting scientists, mostly from the Russian Academy of Sciences and researchers from Germany, Poland, the USA, Czechoslovakia, the UK, Japan, and China.

In those old days, transportation and access to remote Mongolian frontier areas were very difficult to arrange and the instruments that biologists used were very basic. Everyone had to gear up fully with all their binoculars, notebooks, travel bags, guns, and maps and work continually for months, the only means of transportation being horses, cows and camels, or - if lucky on automobile, without seeing home and family. Dr. Bold was a gifted man who could live on basic things for months under intolerable harsh conditions.

At his early career he studied not just only birds but also mammals, reptiles, insects, and fishes when there were very few trained biologists in Mongolia. One of the examples of his diverse involvement in ecological studies of the Mongolian fauna is his work on one of the rarest bears in the world, the Gobi Bear or Mazaalai. Today, his paper about the Gobi bear is still regarded as an invaluable contribution for the conservation of this species. Another example is that he described two new insect species to science. There are many such examples which can be told.

He probably traveled through his country more than any other biologist in Mongolia, studying the distribution, ecology, biology, and diversity of Mongolia birds for his entire life. He made countless trips and expeditions to all regions of Mongolia, and worked with scientists from many countries from Europe, Asia, North and South America. The day before he died, in spite of his health problems, he was still preparing to work in the field with other researchers.

He studied birds in the mountains of Khentii region for his PhD degree in Mongolia in 1977. In 1990, he received his Doctor of Science from the Institute of Animal Ecology and Evolution of the Russian Academy of Sciences, Moscow, Russia for his thesis “Ecology and geography of Mongolian avifauna and their use and conservation fundamentals”. This is still on of the major reference works for all ornithologists in Mongolia.

He was not only a well known biologist, but also a well known conservationist in the country. He actively participated and worked as adviser in designation of many protected areas in Mongolia. Furthermore, all Ramsar Sites, Important Bird Areas, Crane and Anatidae Network Sites were designated with his major contribution and vigorous involvement. Identification of internationally important sites would have been very difficult and much challenging without his significant contribution.

He was a member of IUCN’s Grouse Specialist Group, the Asian Raptor Research and Conservation Network, and the Mongolian Rare Animal Commission etc. Internationally he actively participated in research and conservation of cranes, birds of prey, and waterbirds and worked as advisor to several nationwide conservation projects implemented by leading international aid and conservation organizations. Dr. Bold worked as advisor on the Hunting Law of Mongolia and the Law on Fauna. He received awards for his outstanding achievements both in science and nature conservation in 1996 from the Government of Mongolia. In 2002 he received the “Altan Gadas” (Polar Star) medal, one of the highest honorary medals issued by the Government of Mongolia.

He wrote numerous research papers and co-authored several important books on Mongolian birds and wildlife conservation in Mongolia and abroad. He co-authored 15 milestone books such as “Game Animals of Mongolia”, “Red Data Book of Mongolia”, and “Catalogue of Birds of Mongolia” and wrote over 160 papers, and 7 major maps on the Mongolian fauna. Also he supervised many students’ bachelor, master and doctorate theses. He supervised PhD students from Germany and Russia.

All those who worked in the field remember Dr. Bold as a compassionate man and remarkably kind friend. Also he was an excellent father to his children, a caring husband to his wife, and a highly respected friend to his colleagues and a skilled supervisor. His support for many Mongolian biologists helped them to find their way in the scientific field.

He passed away on June 10, 2007 at the age of 71, due to an unexpected heart failure. We all feel deep sorrow and sadness. 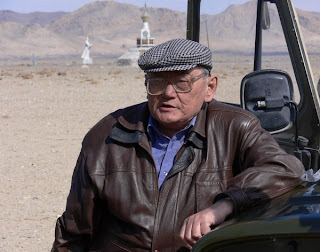