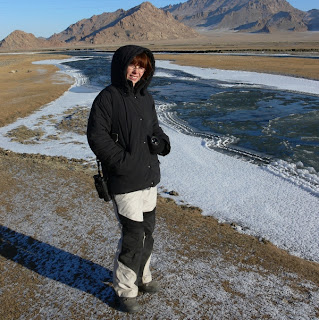 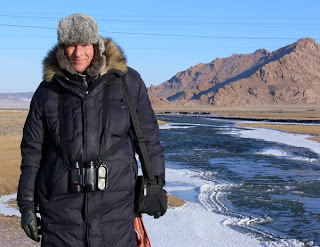 Today in the afternoon Katja and I visited Otzon chuluu, a plantation a little bit north of town. One of the first birds we found was an European Greenfinch, constituting the 4th record for Mongolia. This species is probably a rare but regular passage migrant here in western Mongolia. 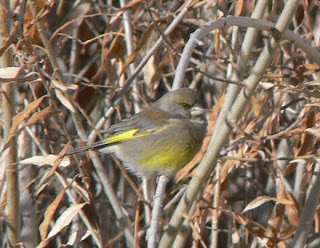 Following hard on the heels of the first confirmed record of a European Robin two days ago we found another one, just about 4 km to the north of the first sighting. I went later today to the first site, and the first robin was also still present. 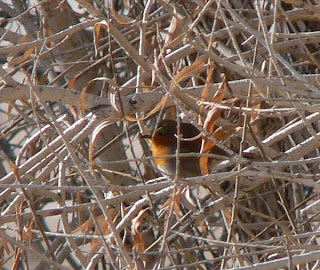 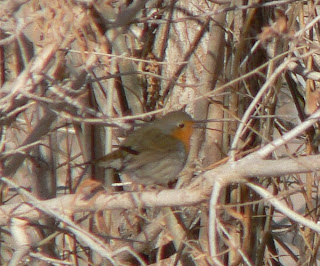 Late autumn observations in the plantation were of one Water Pipit and one Common Reed Bunting. 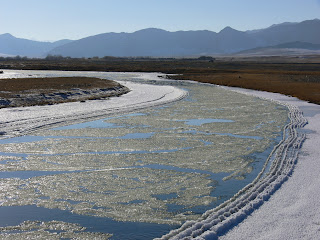 The main arm of the Bujant gol is still open, with lots of
slush flowing. Photo © A. Braunlich 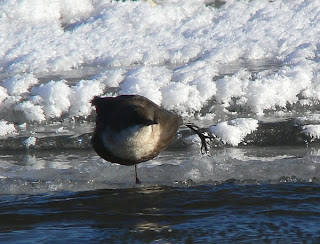 Karate Dip I. Photo © A. Braunlich

Walking back from the plantation to town we discovered a Great Bustard, flying along the Buyant river towards us, landing not far way! Another new species for my Khovd list! We waked a bit towards it to take some photos. When it stopped feeding and began to walk away from us we left it alone, and a few minutes later it resumed feeding. 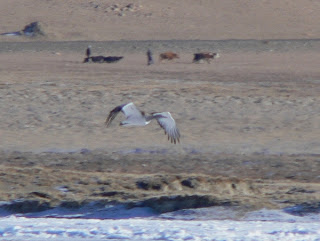 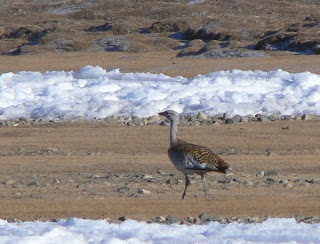 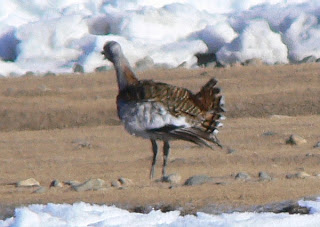 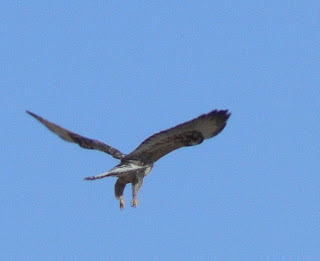