Snow Leopards
to be hunted in Mongolia!?

The Mongolian Government has recently proposed the legal hunting of up to four – and possibly many more – Snow Leopards in 2011, for “research”.

Sign this petition and join with Panthera in pledging your support for Snow Leopards, and telling the Mongolian government that all information required to conserve these cats is obtainable through non-lethal means.

Today 3,500–7,000 Snow Leopards remain across 12 range states in Asia. They are listed as Endangered and are in decline in many parts of their range.

Panthera and our partner, the Snow Leopard Trust, are conducting the longest and largest ever Snow Leopard study, located in the Tost mountains in Mongolia. Our combined efforts are resulting in the most data ever collected on this rare and elusive species; and these data are being used to help better protect Snow Leopards long into the future. Hunting endangered Snow Leopards will in no way aid research efforts.

Those who have worked with the Mongolian Government to establish and implement sound biodiversity conservation policies have been deeply shocked and disappointed to hear of these plans.

Click here to read the letter by Panthera’s Snow Leopard experts Dr. George Schaller and Dr. Tom McCarthy to the Ministry of Nature, Environment and Tourism requesting that the decision to permit the hunting of Snow Leopards be reconsidered. 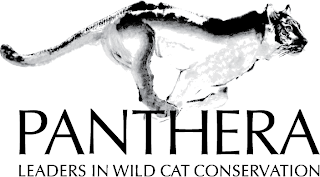