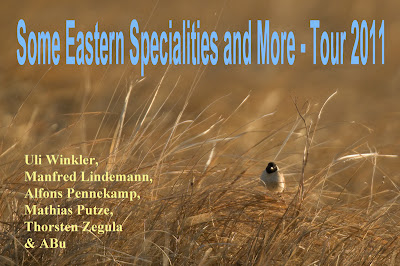 This year’s trip brought us to Mongolia’s Far East where we hoped to see some “Eastern Specialties”. But: Statistics first!

As our warm-up we went to the Tuul gol (Tuul River) below Songijno Khairkhan Uul where our target species was Azure-winged Magpie. This area has some riparian forest left and the species is regularly (but not always) seen here. In the morning of May, 14th we met Brian Watmough, who is always interested to go out birding and then we drove the 25 km to the west of Ulaanbaatar. 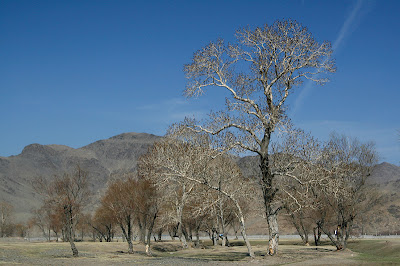 heavily grazed (no understorey) riparian forest below
Songijno Khairkhan Uul, May 2011, © U. Winkler 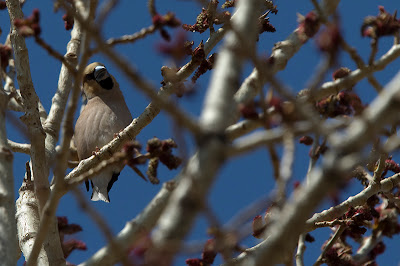 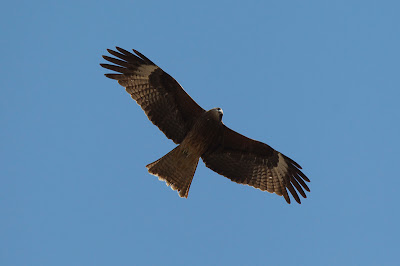 In the beginning the group saw other birds like Wryneck, Hawfinch and White’s Thrush but then the first blue magpie was spotted. This one turned out to be part of a party of 16 birds which disliked the presence of their bigger relatives allowing us to observe them well for more than 10 minutes. 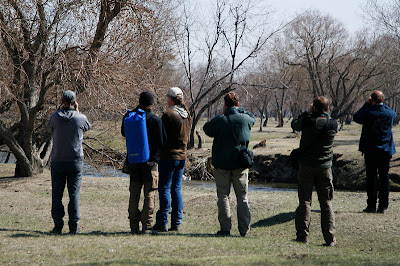 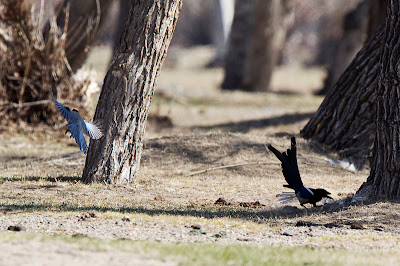 dispute between two magpies
(yes, the right one is not a Black Grouse!),
below Songijno Khairkhan Uul, May 2011; © M. Putze 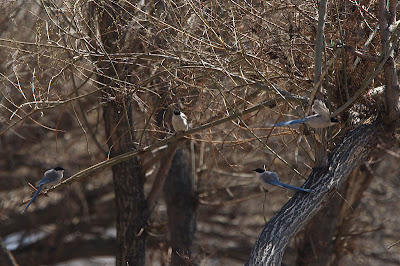 some of the 16 blue ones below
Songijno Khairkhan Uul, May 2011, © Mathias Putze

After having checked the UB-Ponds (disappointing) we returned to the capital by noon and went shopping in the afternoon. The next day saw us on the road to the east …