text and photos © by Andreas Buchheim

As the weather forecast for 11 October was quite bad (snow, all day minus temperatures, wind) I decided to take my camera stuff out for a walk along the river on 10 October. At 8 am I was dropped at the Marshall Bridge and started. The previous night had been chilly with minus 7°C and consequently most bushes had shed their leaves. This should have made photographing easier but there were enough twigs to complicate matters. 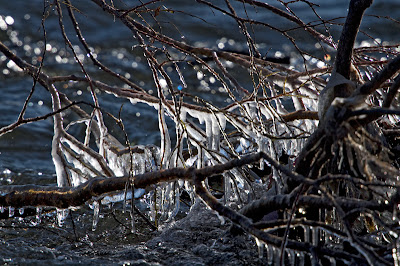 Ice-covered twigs in the Tuul Gol

No clouds were blocking the sunlight until the afternoon when some overcast was drawn in by westerlies so I could check for opportunities. This was more difficult than had expected because there were only few birds left compared to my last visit. The lingering birds proved to be experts in staying either in the shade or sitting on the wrong side of the bush or both! Also the shadows of the twigs were much superfluous. What came out that day is shown below. 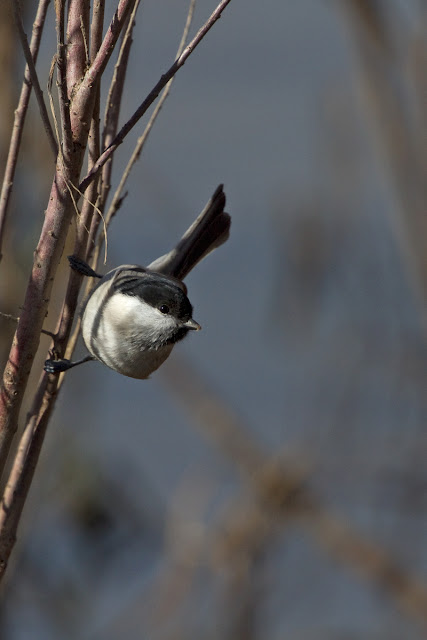 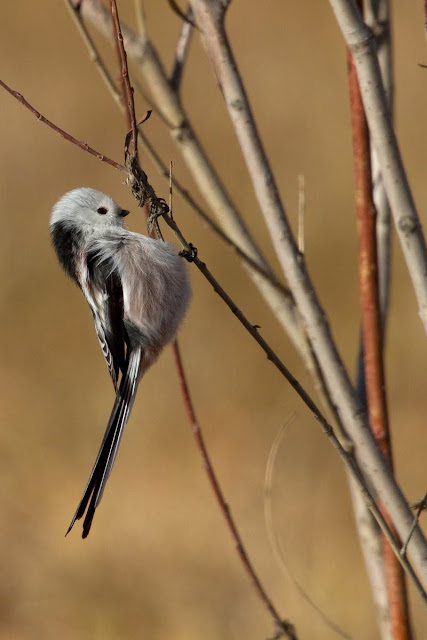 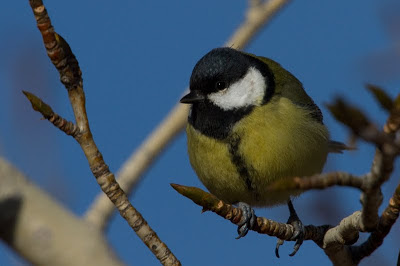 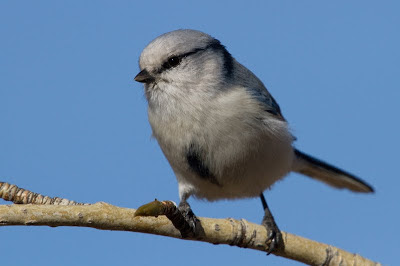 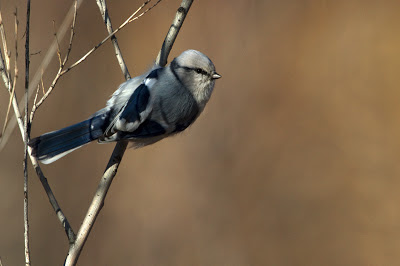 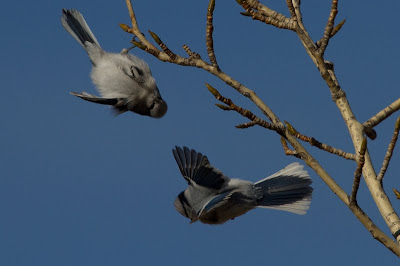 The looser in the single-foot-hanging-contest drops
while the winner remains, Azure Tits 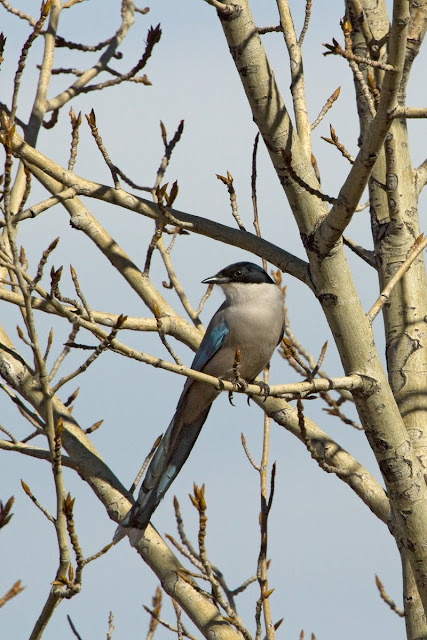 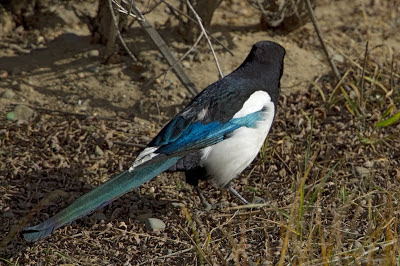 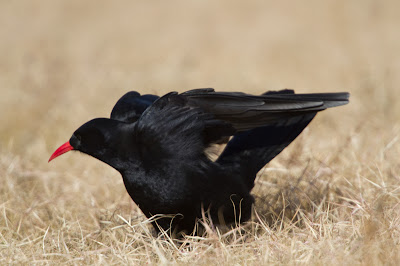 Red-billed Chough having a stretch 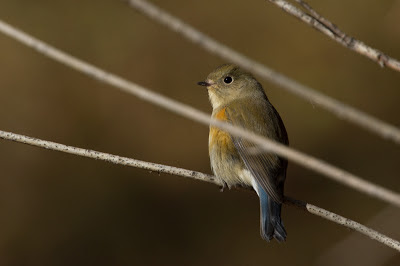 Orange-flanked Bluetail and too many twigs 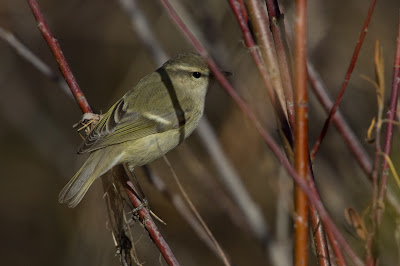 Hume’s Leaf Warbler and too many twigs t(w)oo 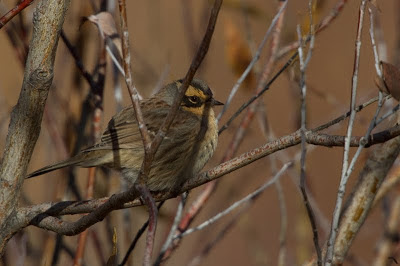 Siberian Accentor and too many twigs t(hree)oo 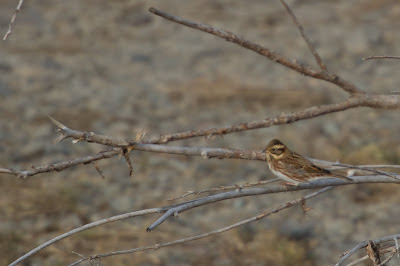 Record-shot of the only Rustic Bunting,
taken from the Marshall Bridge in dwindling light 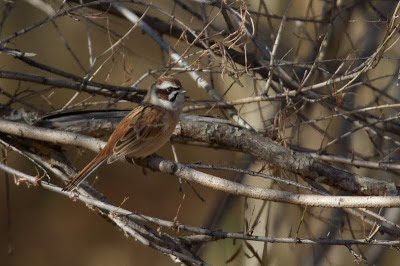 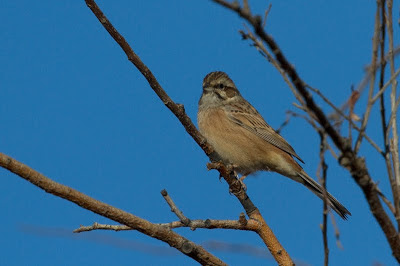 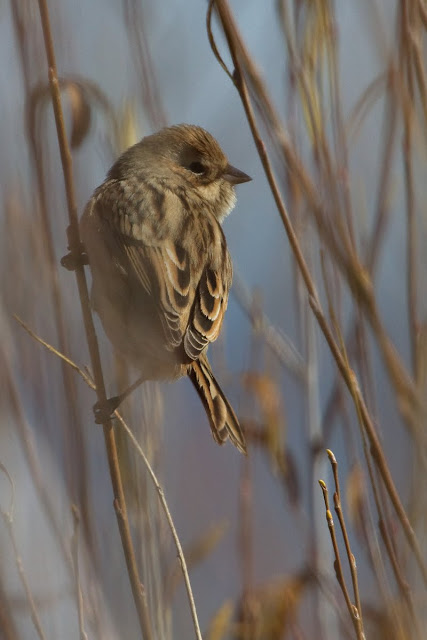 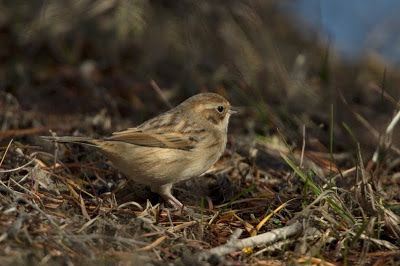 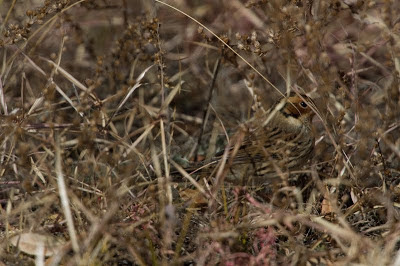 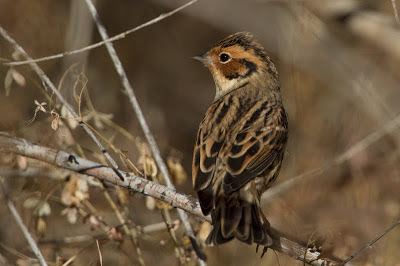 I returned back home after 8 hours at the river. By then it had “heated up” to 10°C. Not a bad day but could have been much better (see the complete list of birds below). 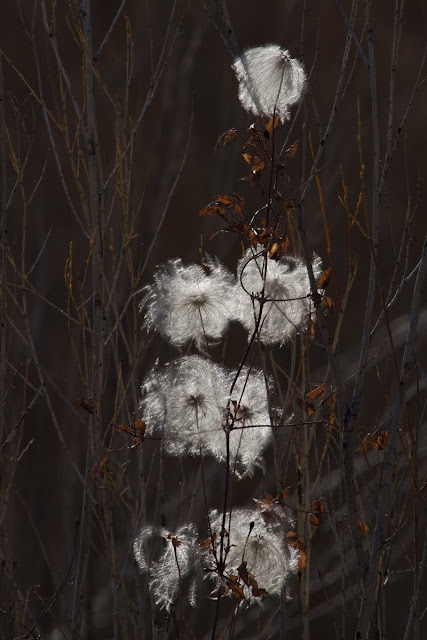 Beautiful pictures and species, all them new for me. Despite cold weather not is the best for humans in some opportunities is good to take birds pictures, winter provides soft light and birds are less active than below summer sun.
regards