In the morning of 27 October I teamed up with 9 members of the Mongolian Birdwatching Club and our first stop was at the UB Ponds to the west of the city. Compared my last week’s visit there was more open water but still the smaller ponds were completely frozen over. It was about minus 7°C and snowing lightly when we arrived and soon saw 2 first winter Common Gulls, an adult Mongolian Gull, 25 Mallards and some Ruddy Shelducks. We then went on to check the bushland at the ponds. Here we had great views of Long-tailed Tits, Azure Tits and Long-tailed Rosefinches. Furthermore there were no less than 5 Grey Herons still probably hoping for a good but rather late catch. A real late one was flushed by us when we were heading back to the cars: a Barn Swallow (but see here for Brian Watmough’s late Barn Swallow). The first winter swallow performed already quite weakly, no wonder given the low temperatures and the falling snow. It flew mostly along the edges of the ponds and once was seen landing on the ice where it picked up something, may be a dead insect that had not survived the night. Quite likely that the poor bird will face the same fate soon! 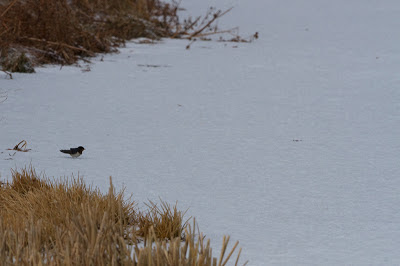 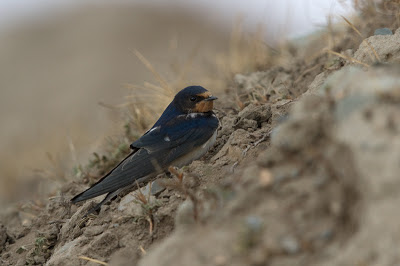 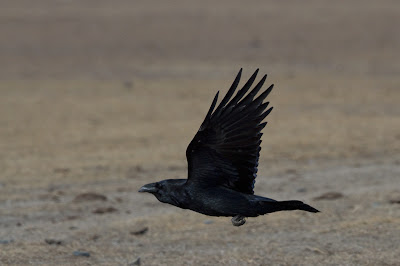 On our way back we saw lots of Horned Larks (only the local subspecies seen), a nice male Merlin and one of the paler Sakers, which quickly was chosen for mobbing by the Common Ravens. At the “Swan Pond” we found further waterfowl, namely 50 Mallards, 20 Ruddy Shelducks, 2 juvenile Eurasian Wigeons and a female Common Goldeneye.

By the time we arrived at the area below Songino Khairkhan Uul (also, see for example here) the snow had stopped and it was quite sunny. We spread out in search for birds. Large numbers of tits were around: most were Long-tailed, but we saw also Azure, Willow, Eastern Marsh and Great Tits. More than 20 Azure-winged Magpies showed as briefly as usual, proving to be unapproachable again. Although we also checked the forest downstream of the Songino bridge (about to the Tuul River Country Club Golf course) we could not find any waxwings clearly due to the complete lack of fruits. Similarly the number of thrushes was low. Just a single first winter Red-throated Thrush was around feeding in the mud. The only finches we saw were 70 Hawfinches, 11 Bramblings and a female Chaffinch. 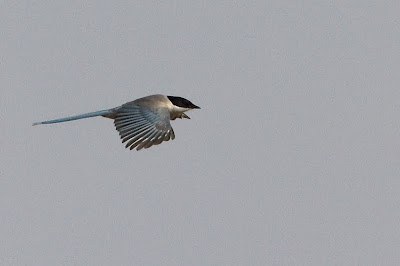 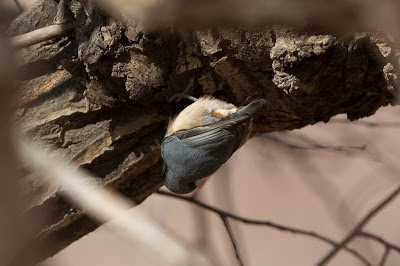 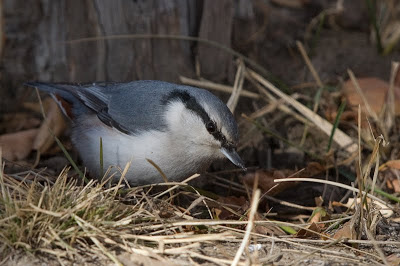 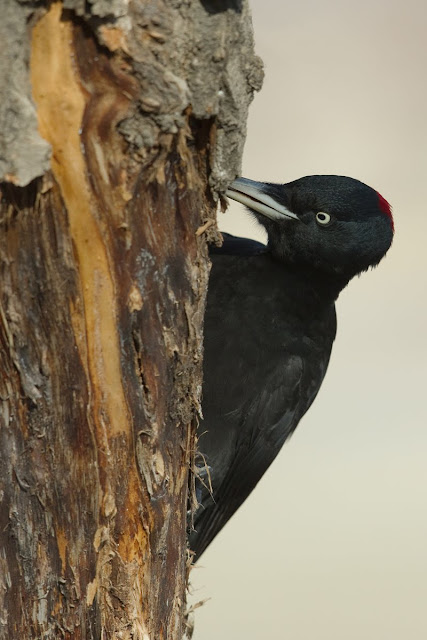 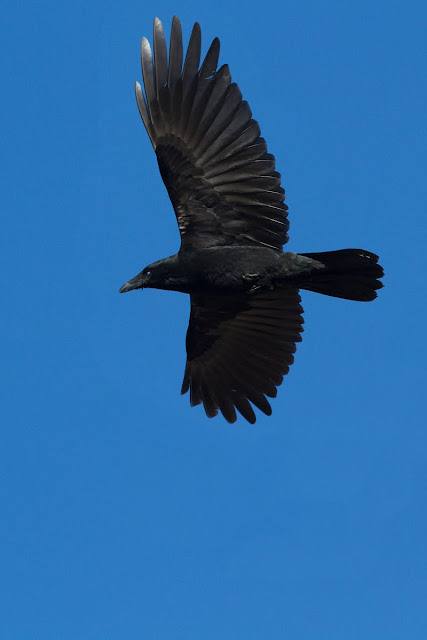 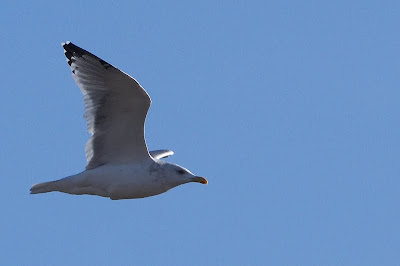