This is probably the highest count of the Dalmatian Pelicans recorded wintering in East Asia for many years. The birds were probably wintering at Wenzhou Bay of Zhejiang Province, where at least 66 birds were reported from in late December 2011. This species used to winter at Deep Bay between Hong Kong and Shenzhen. 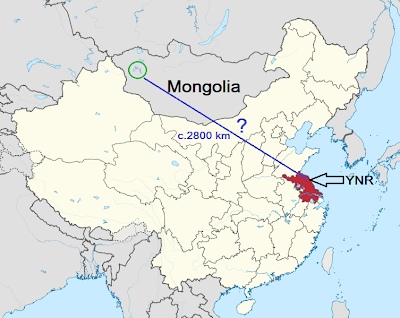 The origin of Dalmatian Pelicans wintering on the Chinese coast is not known. Do they come from breeding sites western Mongolia?

It is so amazing result. We need to check migration route next few years.

This is really a worthy and wonderful blog to read and further more tips on the web designing have been learnt. thanks for sharing your views among us and its great time spending on this. thank you Web Design Sydney