BeDeMon at the UB Ponds 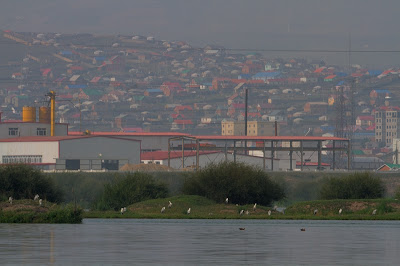 On 9 August 2013 I was picked up by Amarkhuu of the Mongolian Birdwatching Club and we then teamed up with Luc and Hilde, two birdwatchers from Belgium. Our destination was the area commonly known as UB Ponds aka The Green Pond. This is an area which has been frequently featured in this blog (see, for example, here or here or here) and it lays within the city limits along the Tuul Gol. There are many ponds located around the main pond (that’s the one which is connected to the sewage stream and hence lives up to its name, becoming green during the summer, thanks to the rich nutrition). We arrived there after a short drive and started birding.

The ponds were full of duck families, most of them were Tufted Ducks, but we also saw several female Common Pochards and Gadwalls guarding their respective chicks and sometimes also the chicks of others! There was a family of Swan Goose as well plus some additional adults in moult. This species has been breeding in UB for three years in a row now. The two rarest duck species were Northern Pintail and Common Goldeneye, thus there was no real rarity among the ducks. Wader migration had started but most of the snipes we flushed we had to leave unidentified (we identified 3 Common Snipes and the other 10 or so were either Pintail or Swinhoe’s Snipes). Other waders around were Common Sandpiper (1 heard only), Wood Sandpiper (15), Green Sandpiper (2 or 3), Common Redshank (the local breeders), Spotted Redshank (8), Black-winged Stilts (local breeders) and Eastern Black-tailed Godwits (5). We walked around the main pond by following the rail track and soon found a group of White-crowned Penduline Tits and a family of Demoiselle Cranes and about 120 Grey Herons.

West of the main pond is a kind of wet bushland and this is the site where the globally threatened (Vulnerable) Yellow-breasted Bunting breeds and we headed there to check them out. Here, the water is not polluted by sewage and rich in other life (not only algae). Most obvious now were hundreds of dragonflies and damselflies, many of them oviposting already. I took a bunch of pictures but had to leave most IDs open. I could just guess (qualified comments are most welcome!). Another nice species, but also not a bird, we found to be quite common in the bogs, was Spiranthes amoena, a tiny species of orchid. 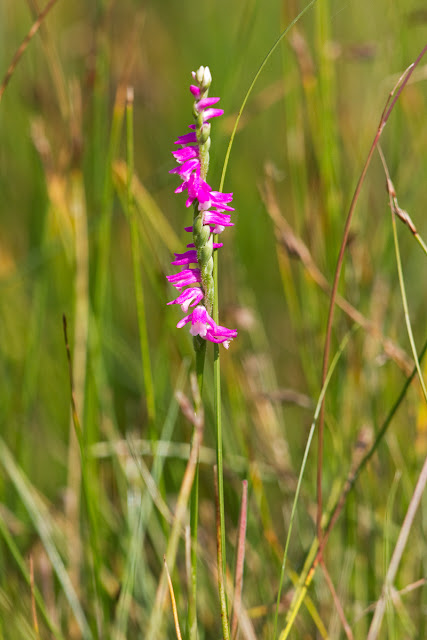 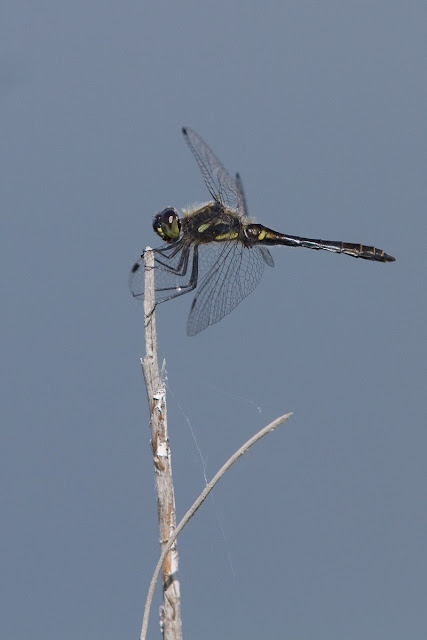 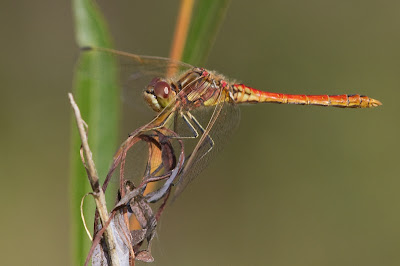 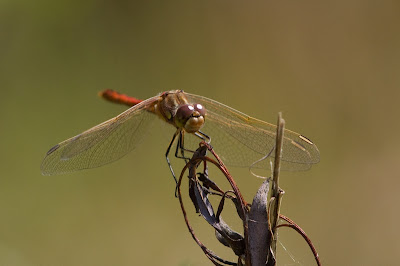 Suddenly a very small bird tried to escape from us on its feet. At first glance it looked like a quail but it was way too small. This tiny ball of feathers was indeed a chick of one of the pairs of Yellow-breasted Buntings and Amarkhuu could not resist in picking it up for a closer inspection. We also had some strange Yellow Wagtails and few Long-tailed Rosefinches, the latter also breeding in the bushes here. The bush land is already under threat from land reclamation and it is to be feared that the only known UB breeding population of Yellow-breasted Bunting will be wiped out soon! 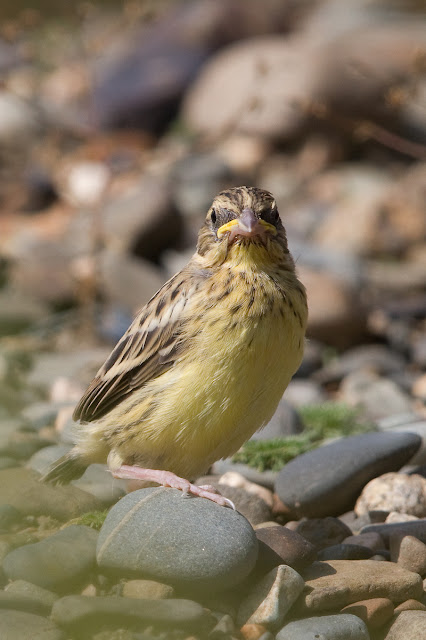 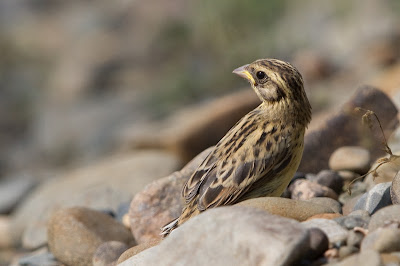 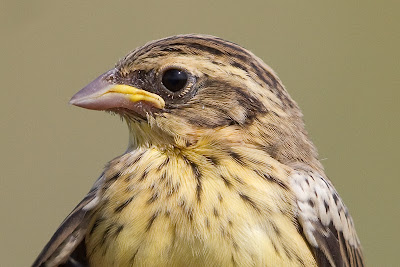 With an Arctic Warbler on show and a juvenile Common Whitethroat in the bushes it was clear that also songbirds were on the move already, although we could not find any other migrants and also there were no raptors to be seen. On the way back to the car we saw a Common Tern (many just fledged chicks and their parents hanging around) chasing a Demoiselle Crane. Apparently this tern has to improve its ID skills... After that we went back to the city centre. Always nice to be out for birdwatching! 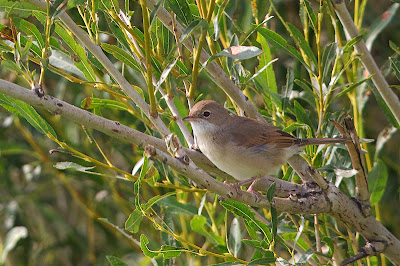 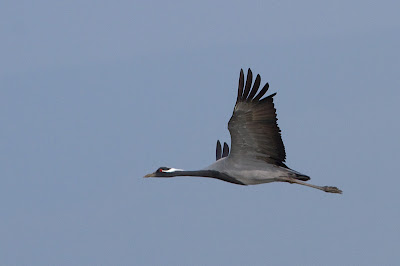 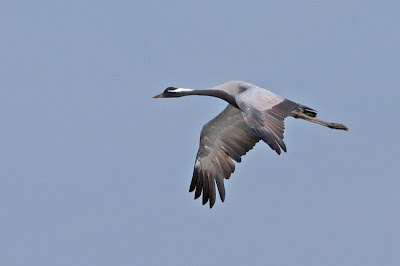