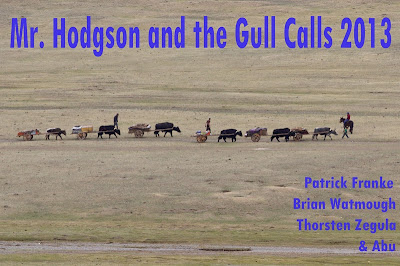 
link to part one 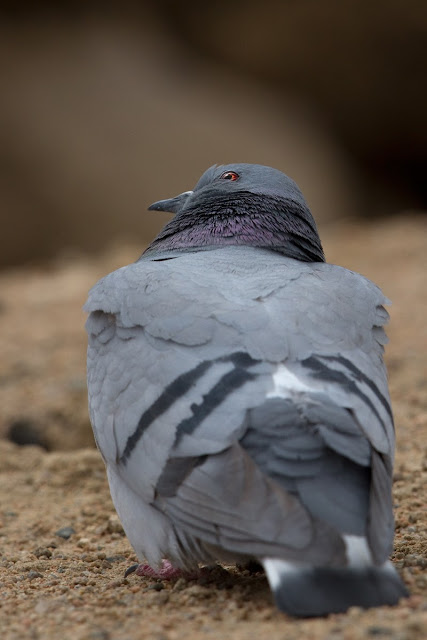 Hill Pigeon showing us a Steppe Eagle by looking at it,
Solongtijn Davaa, May 2013, © A. Buchheim 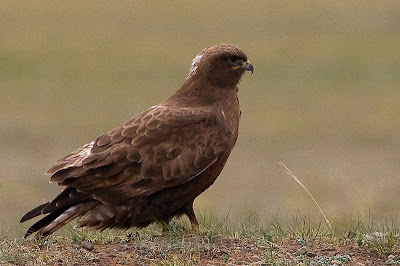 Dark morph Upland Buzzard on our approach
to Telmen Nuur, May 2013, © A. Buchheim 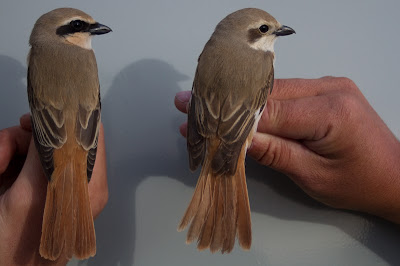 On 23 May 2013 we continued swiftly westwards, did some roadside birding and stayed overnight above the spectacular gorge of the Chuluut Gol not far from Tariat village. After a very brief stop at the Solongt Pass (too many clouds and too few birds) on 24 May, we spent the next night at the Ider Gol near Tosontsengel. Here, a pair of Eversmann’s Redstarts was seen but could not be photographed properly. Then we went on, checked the reservoir at Tosontsengel Sum (13 Eurasian Spoonbills and few commoner ducks) and arrived at Telmen Nuur by late afternoon 25 May. There are two gull colonies at the lake and we chose the smaller one, mainly because it is closer to the shore (370 m). It was very windy with approximately Beaufort force 8 (gale) from the north and a lot of waves were clashing against the shores making it impossible for us to start catching gulls. As spring is the windiest season in Mongolia, paddling on the larger lakes can be quite risky. Although you won’t get lost, picking the “sailor” from the other side of a huge lake takes a lot of time. Finally, we caught more than 50 adult Mongolian Gulls, ringed, measured, wing-tagged and released them, all between 26 and 28 May. 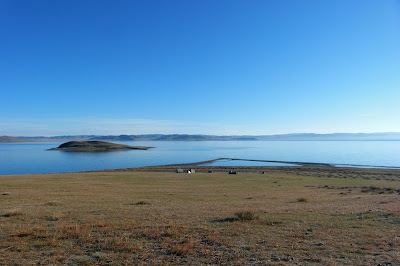 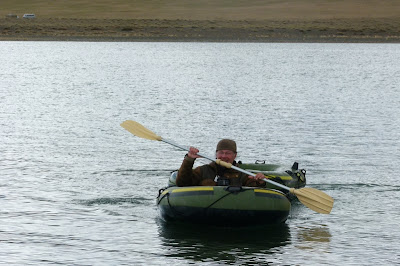 Many nests did not contain eggs while others had full clutches (3 eggs are usually laid by gulls) already. The reason for this was not only the asynchronous onset of laying, which naturally varies between the pairs, it was something else. Shortly after our arrival at the colony, we heard alarm calls and we suspected that a White-tailed Eagle had shown up (we saw an adult on 26 May). But as no eagle was seen we sat up our scopes and checked the area below the flying gulls. With the aid of our spotting scopes we found that a Red Fox had taken residency on the island and was now working hard to collect one egg after the other. Although there were quite many gulls (about 180–210 pairs bred in 2013) they could not deter the fox from the nests. They did not even try to do this. This colony will have had no breeding success this year and we were speculating also about the fate of the furred collector. What would happen after having eaten all the gull eggs plus those of the pairs of Great Cormorants? Foxes are capable of swimming so could it just swim to the shore? Or would it die from starvation? 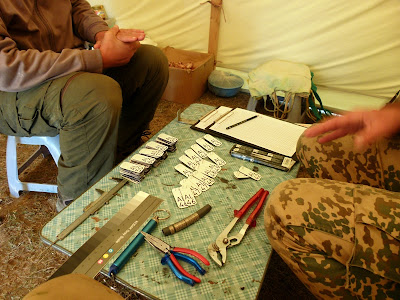 Ringing session at Telmen Nuur, material prepared
for the gulls, May 2013, © P. Franke 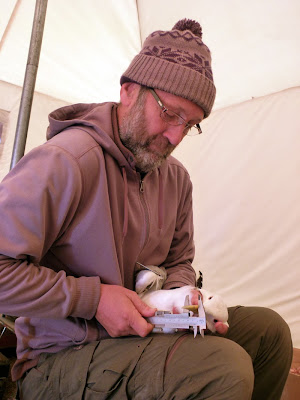 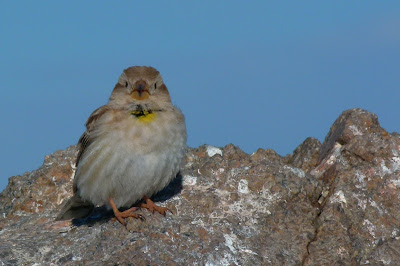 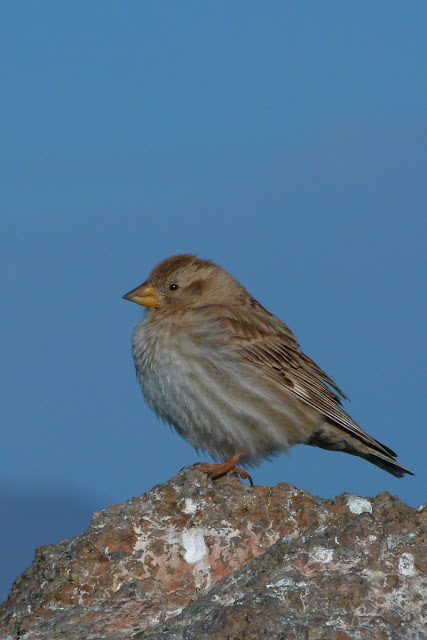 We left the lake on 28 May and pitched our tents at a nice river near the city of Uliastai (did a little shopping here, mainly meat, which we got from a family as all supermarkets were closed already) where we could do some birdwatching. Down at the river there were bushes and groups of poplar trees while further up slope it was rocky. 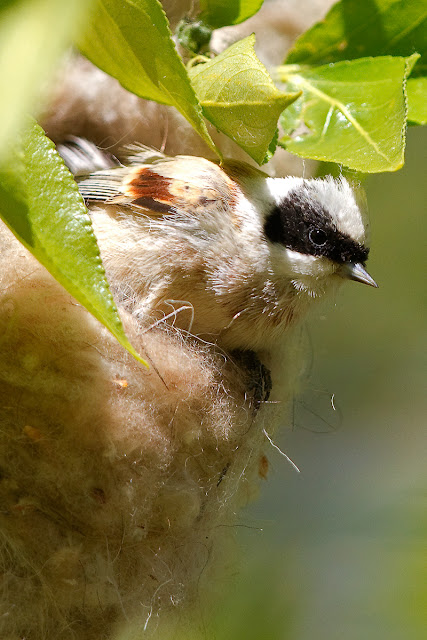 Male White-crowned Penduline Tit in an uncompleted Nest,
near Uliastai, May 2013, © A. Buchheim 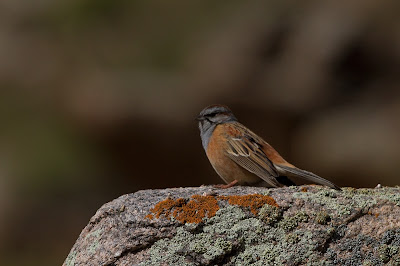 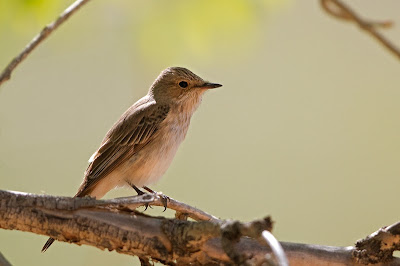 Spotted Flycatcher, near Uliastai,
May 2013, © A. Buchheim 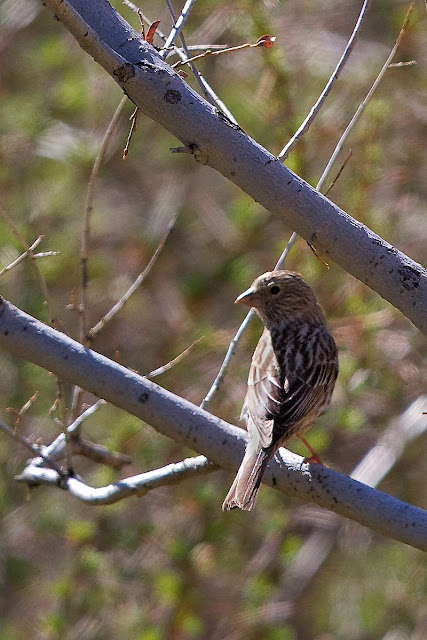 Female Chinese Beautiful Rosefinch,
near Uliastai, May 2013, © A. Buchheim

Then we tried to do some birding on Otgon Tenger Uul, but as there is no access to the higher ranges for women (we had a female cook), we couldn’t do this as desired and decided to head for Bayankhongorijn Khukh Nuur. We took a minor mountain road and even for Mongolian standards this was in a very, very bad condition. Along this road there were plenty of Brand’s Voles and consequently a number of raptor tried to take advantage from that. 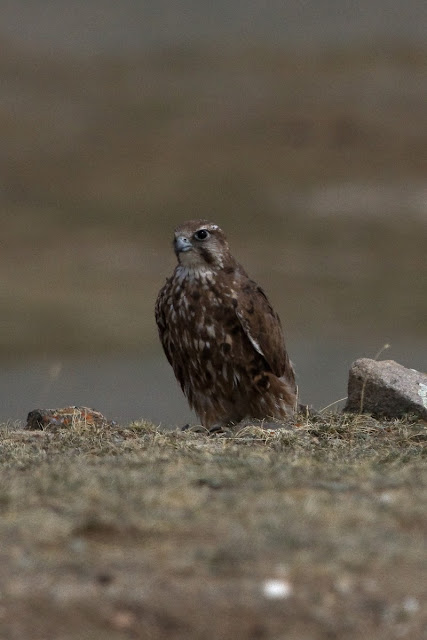 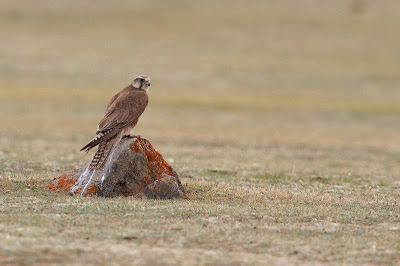 This Saker Falcon is very plain above,
near Otgon Tenger Uul, May 2013, © A. Buchheim 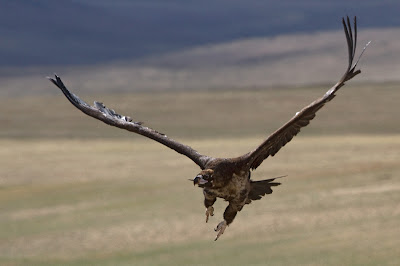 Eurasian Black Vulture, near Otgon Tenger Uul,
May 2013, © A. Buchheim 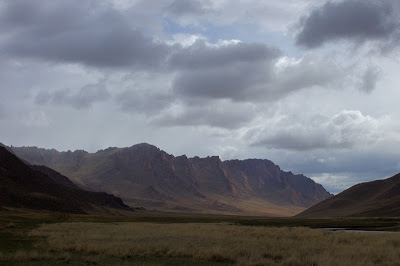 Cliff in the Khangai Mountain range,
May 2013, © A. Buchheim

Part three (Bayankhongorijn Khukh Nuur, somewhere behind the above cliff) will follow soon!