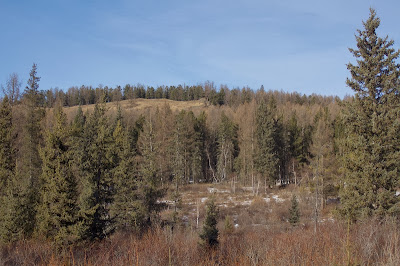 Siberian Jay was always on top of my wish list and on 6 December 2013 Huyagaa and Amarkhuu of the Mongolian Birdwatching Club and I went out to search just another time for this secret forest inhabitant. After a series of observations this fall, all about 28 km north of Ulaanbaatar (just follow the Selbe Gol upriver), it was clear that we would give it a try just where the others had seen and some even had photographed this species: Sanzai Valley.

The valley looked quite promising and the weather was fine: only minus 17°C when we started and a crystal clear sky. The temperature rose to an amazing PLUS 1°C! Lots of young trees were growing in a mixed forest of Siberian Pine, Siberian Larch and Siberian Spruce with some birch trees every now and then as well. We walked along a track which obviously had been used to carry illegally cut fuel wood out of this protected area (it partially in Gorkhi Tereldj National Park; anyway wood cutting is prohibited since a few years but without any law enforcement many people just ignore it, unfortunately). Only after some hours we came across the redtails and together with Eurasian Jay (brandtii) and Spotted Nutcracker we managed to see all of Mongolia’s three “jay species” in a single day! Really a jayday for us. A group of 5 Siberians was seen twice (if the second observation was of the same individuals) and we followed the busy birds for more than one hour. Unfortunately they were quite mobile and preferred to stay in the shade for most of the time. 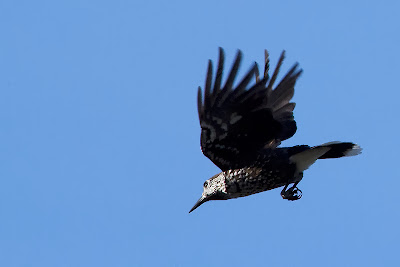 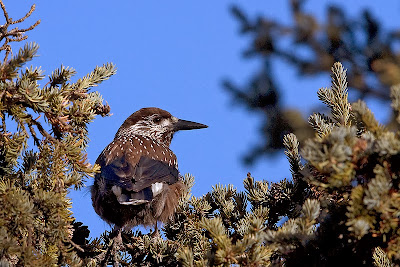 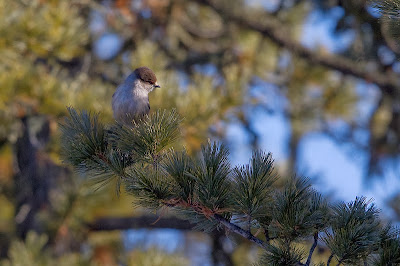 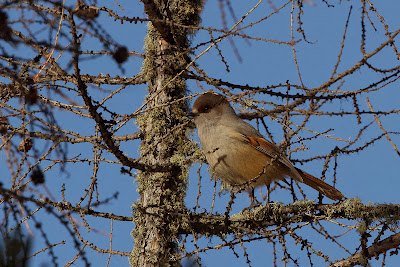 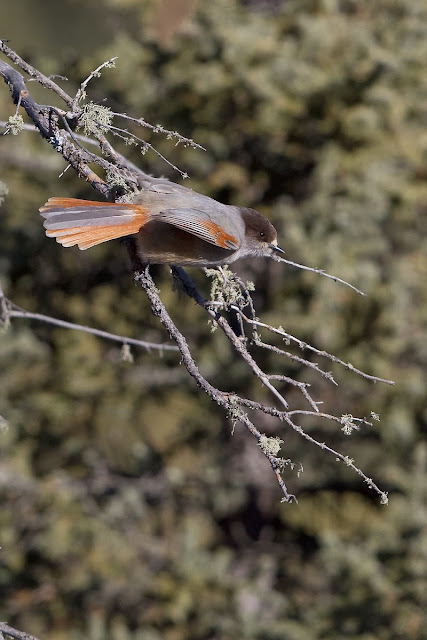 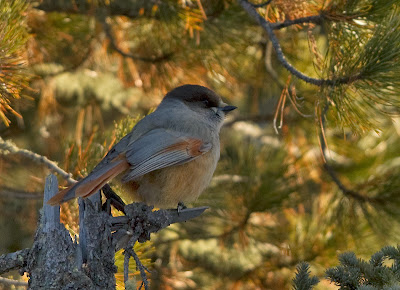 BTW: The missing jay is Eurasian Jay as there is no photo of this species from this day.