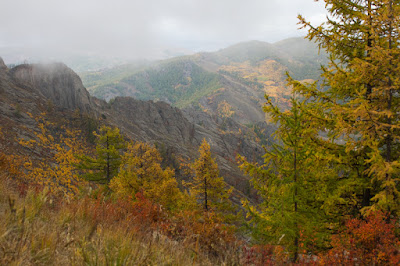 Early morning of 17 Sep 2016 I picked up Augusto and Jonathan and the three of us went to Gorkhi Terelj National Park to try our luck on Black-billed Capercaillie, aka BBC. We parked the car near the village of Terelj and next was a 3-hour ascent up to a plateau 500 m higher than the parking lot. Apparently, not many have ever tried to seek these birds out during this time of the year and our expectations to find a BBC were not high. The main reason for this was the fact that we were not alone in the forest. Nutters, who collect pine nuts by banging huge wooden hammers against the trees, causing not only the nut-containing cones to fall down, but also damage the trees and cause a lot of disturbance, were on the move as well. Luckily the collecting season was almost over and the forest was not shaken by the hammering sound. Most numerous were Eurasian Red Squirrel Sciurus vulgaris of which we easily saw more than 100, including 2 or 3 of the locally rare red-colour morph. The only other mammal we saw, also in larger numbers, was Northern Red-backed Vole Myodes rutilus (thanx for the pic Augusto!). They also were collecting pine nuts. 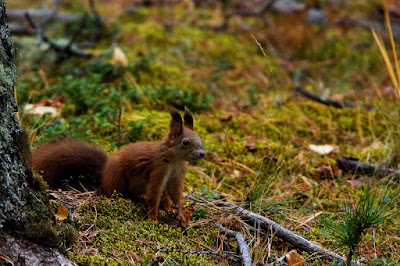 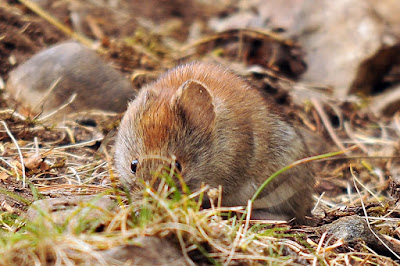 Once on the plateau we spread out and combed the forest. It did not take long until we flushed the first BBC, a stately male. Our views, however, were not satisfactorily. So we went on and by the time we returned to the car we had seen about 5 or 7 males and 1 female. Although some of them took flight from branches directly above us, photographing them proved impossible, once again!

Nevertheless, it seems that autumn is a rather good time for finding the species as they get somehow accustomed to the presence of humans allowing a closer approach. The main problem still is to see them before the take off. Some males were already singing, which also helped in locating them. We also checked the air above the Valley of the Turtle and a complete list of the birds seen can be found below. We returned to UB in the evening: Mission accomplished

Black-billed Capercaillie: 6 to 8, one even seen walking on the ground but even this one sneaked away with ease
Booted Eagle: 1 dark morph
Eastern Buzzard: 2, actually the only birds photographed that day
Bearded Vulture: 1 ad.
Eurasian Black Vulture: 4
Northern Goshawk: 1 immat.
Eurasian Sparrowhawk: 1 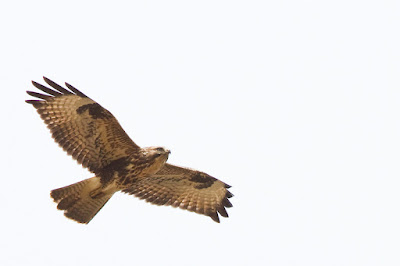 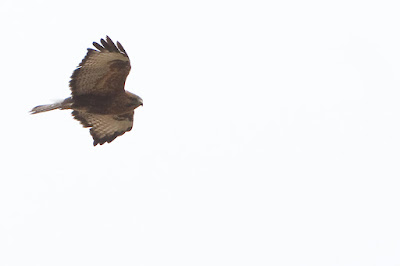 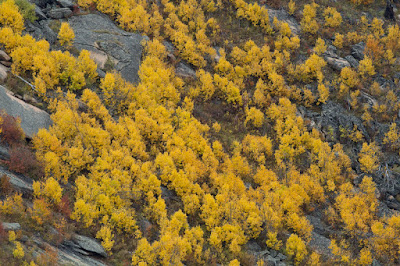 Autumn is the best time of the year. The picture brought back so many amazing memories of the previous year. Keep the hunt for the species on. Best of luck!