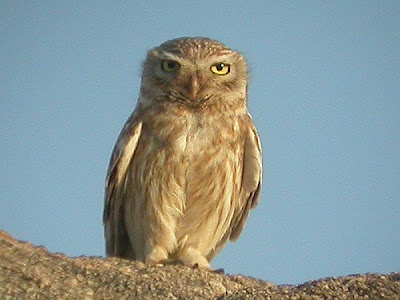 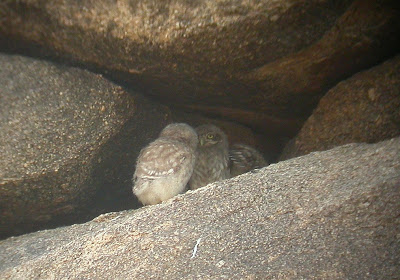 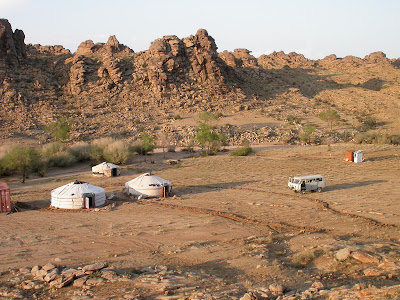 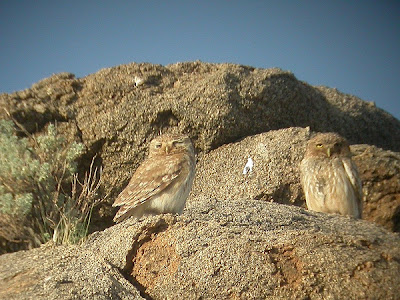 adult "Northern" Little Owls,
June 2004, Ikh Nart NR
﻿
Note:
In the original publication Wink et al. wrote “Also A. n. plumipes from Mongolia and China shows a distinct genetic lineage (Fig. 1), probably indicating species status; we suggest recognising this taxon as A. plumipes". It is a bit unusual to suggest specific status for a “probable” case. Furthermore the authors didn't sample (and didn't even mention) the subspecies A. n. orientalis (according to the Handbook of the Birds of the World occurring in western China and adjacent Siberia) which could come into contact with plumipes.