A weekend in the forests of Terelj National Park
text and photos © Andreas Buchheim
Ishee, Brian and I left the heavily polluted capital to spend a night in a ger set at the forest edge in Terelj NP (some 40 km from Ulaanbaatar). As soon as we crossed the easternmost bridge of the city it brightened up considerably. After dropping our stuff in the ger we checked the riparian forest along a small stream for about 6 km. It was a rather convenient walk as we partly could walk on the frozen stream. 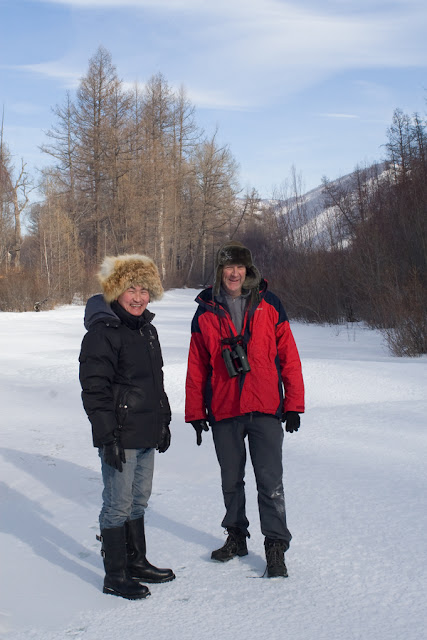 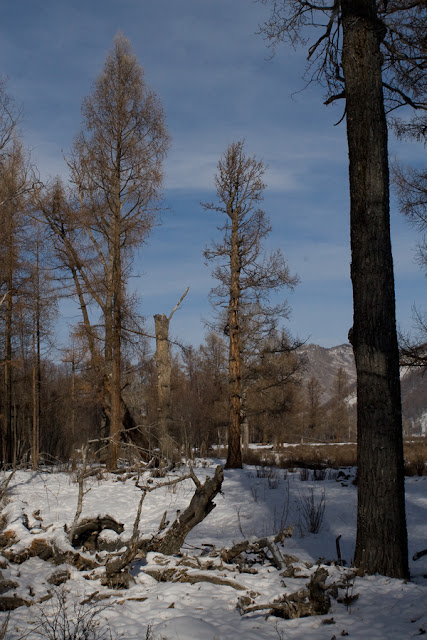 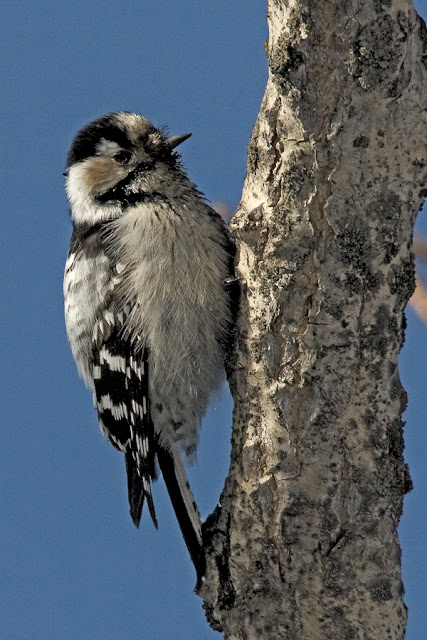 One of the admirers of the inhabitants of dead wood:
female Lesser Spotted Woodpecker, Terelj NP, Jan 2011.
Apart from Golden Eagle and a Great Grey Shrike the best observation we made that day was of a mammal on which Ishee and Brian almost stepped onto: a Steppe (or False) Zokor Myospalax aspalax, a non-hibernating rodent (occurring in the upper Amur basin in Russia, N and E Mongolia and NE China), had left its tunnel system for an unknown reason and then tried to dig itself back into the darkness. Admittedly we could not identify it at the spot and did so only after having consulted Batsaikhan et al. (2010): Mammals of Mongolia and Smith & Yan Xie (2008): Guide to the Mammals of China. We returned to the ger at dusk for dinner and some beers. 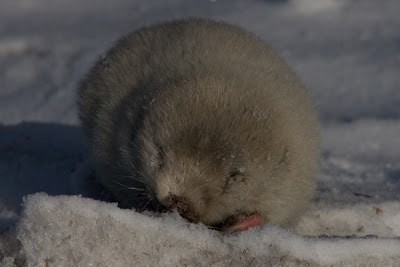 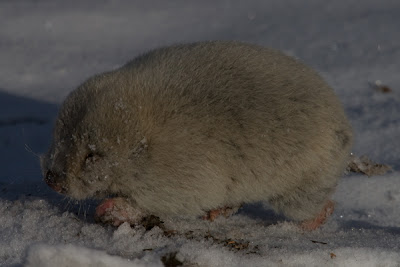 Steppe Zokor, a rather plump animal with a
short tail and a quite pale coat, Terelj NP, Jan 2011.
The next morning we woke up at minus 16°C inside (!) the ger whereas it was minus 30°C outside. Nevertheless we tried our luck on the Black-billed Capercaillie in a remote forested valley. Well, it turned out not to be as remote as is could have been and one of the herdsmen we asked for direction to the bird desired directly responded in asking where we were carrying our gun. Poaching as well as encroachment seems to be one of the biggest problems and the future for the bird in Mongolia seems very bleak, even in protected areas like this National Park. Wherever we went this day, all had been grazed upon and wood had been taken out (at low scale, though) also. Thus we dipped in the BBC. 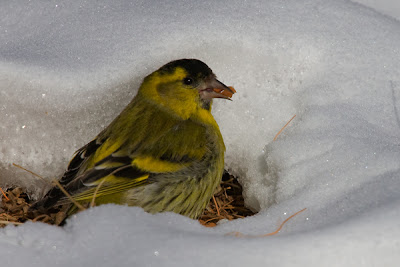 Male Brambling, Terelj NP, Jan 2011.
Birds seen were: hundreds of Common (Mealy) Redpoll, few Brambling, Spotted Nutcracker, another Great Grey Shrike, this one carrying a vole or an alike mammal, Black Woodpecker, Great Spotted Woodpecker and several groups of Common Crossbill. Bird of the day was a flushed Boreal Owl (aka Tengmalm’s Owl) which quickly disappeared into the forest not to be seen again. We also had hoped to come across a Great Grey Owl, but in the grassland there were very few signs of rodents and thus we did not see it. The fact that there were no buzzards around strongly indicated that it was no good feeding area for rodent-predators as well. 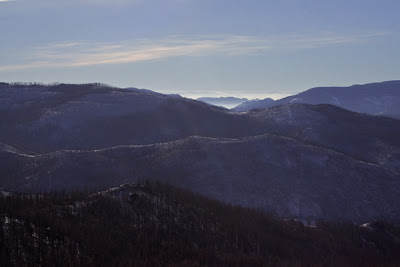 Moutain forest with the smog of Ulaanbaatar
in the far back, Terelj NP, Jan 2011. 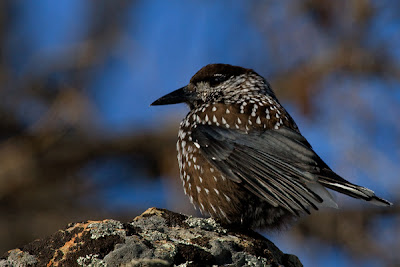 Spotted Nutcracker, Terelj NP, Jan 2011.
Anyway it was a great weekend for the escape from the pollution, for the nice birds and for the many talks about birds and more with Ishee and Brian. 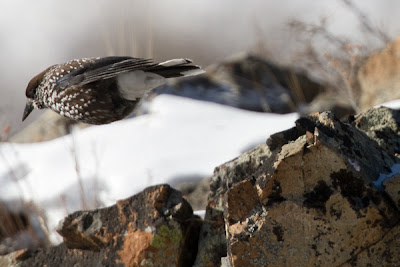 that zokor is so rare, seeing one is amazing, seeing one this close on frozen ice is... I have no word. very lucky.
Nyamba

I hope the zokor got its sweet hole in the ground as well.