On 13 February 2011 Brian and I took a taxi to the west of Ulaanbaatar. We drove about 20 km past the airport to an agricultural area. Our first stop - at a brisk minus 27° C - was at the Botanical Garden, a small patch of sea buckthorn plus some other bushes. Here we saw just 2 Bohemian Waxwings and about 10 Eurasian Tree Sparrows. Most of the land is fenced or even walled here but we managed to get onto some fields without being bitten by the many guard dogs. Asian Short-toed Larks were already singing and a group of 3 Lapland Buntings was feeding between the stubbles. A huge flock of Eurasian Tree Sparrows soon number one individual less because this was taken by a Saker Falcon which could not enjoy its meal for long as 9 Eurasian Magpies chased it away after a few seconds. 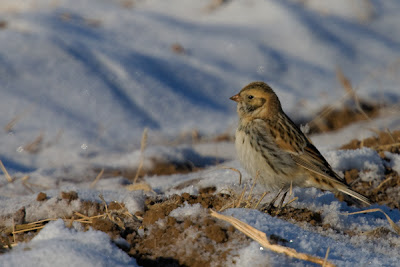 
We continued west past the egg-farm and checked out the riparian forest of the Tuul Gol. Although the habitat looked great there were few birds only: a male Lesser Spotted Woodpecker, a few Azure Tits and Eurasian Tree Sparrows plus a large flock of about 30 Eurasian Magpies. Best here was a track of a mammal that had come out of a hole in the ice (even down here there are stretches of open river) and then went. There were tail-drags in between the footprints which were at around 70 cm (measured by the use of own footprints) apart from the next. This – we think – points to Eurasian Otter but could American Mink be safely excluded? Anyway the animal must have come through the water underneath the ice for about 50 m. Just before we entered our taxi we found a group of 55 Ruddy Shelduck which had come down from the UB Ponds. 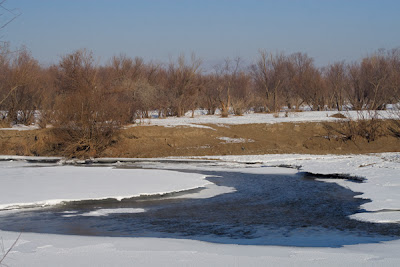 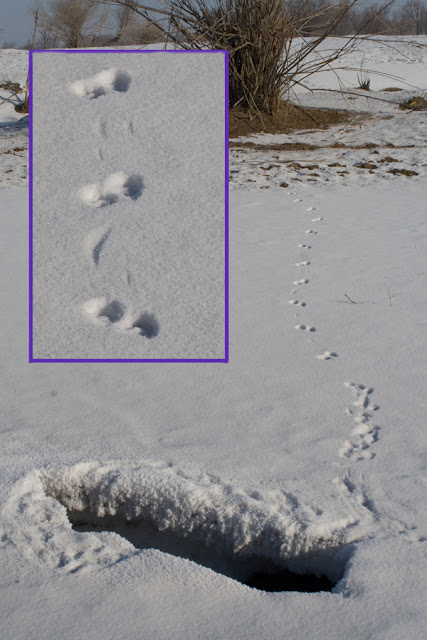 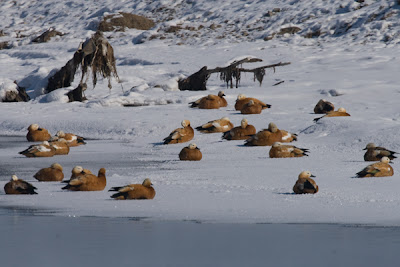 
Our last stop was below Songino Khairkhan Mountain were we got the usual birds like Bohemian Waxwing, Common (Mealy) Redpoll, Pallas’s Rosefinch, Hawfinch and Red-throated Thrush. A Black Woodpecker was present as well. 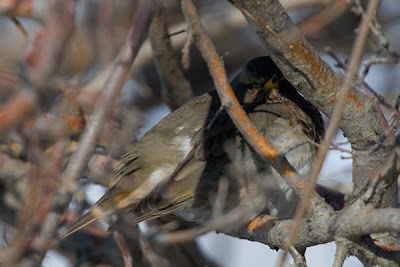 Red-throated Thrush, below Songino Khairkhan Mountain, Feb 2011
With this posting my contribution to winter birding comes to an end as I will be in Europe for a while, just to return to Mongolia at the end of spring. 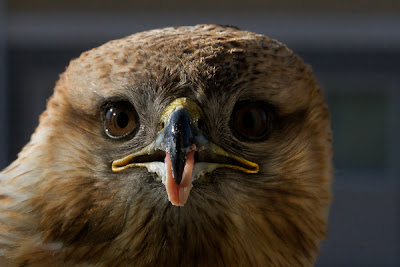 Upland Buzzard, portrait of the bird which visited my window in Feb 2011 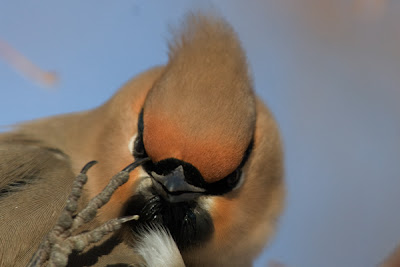 Bohemian Waxwing, portrait of a head-scratcher
below Songino Khairkhan Mountain in Feb 2011. 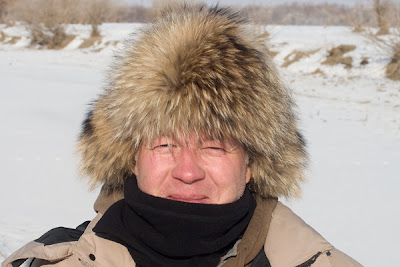 Abu, portrait of a birdwatcher
(no comments on my hat, Andrew!).  © Brian Watmough

Nice article. It's very helpful to me. Thank you for share with us. If you want to Convert your text to Sentence Case. Then go for Flox sentence case converter online tool.