Part 7: Two attacks and the smell of the gazelle

30 May was quite rainy but we were determined to try for the parrotbills at Ikh Tashgai Nuur again. We refilled our car (not only with fresh beer, of course) and went there. 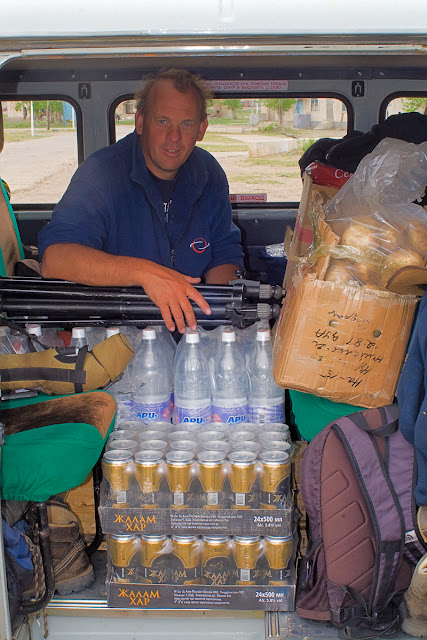 Not much space left in our car after refuelling with
provisions, Sumber Sum, May 2011.© A. Buchheim

After having pitched the tents at the same site we went into the reeds to look for them again. This time it took us only 10 minutes to find a pair of these birds and we were very sorry for our two friends who did not have the time to stay with us. Actually they might have not even been in Choibalsan by then. 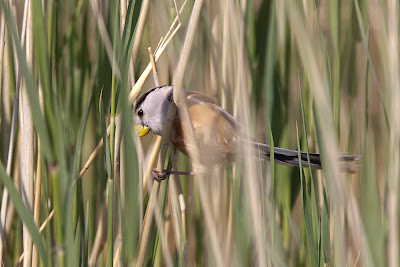 First attack: In the drizzle the sand martins hunted very low and one was caught in front of us by another songbird: a male Isabelline Shrike captured a hapless martin and after a short fight it ate the bird’s brain, and just this. Nothing more. After its short meal it left to preen and this gave us the opportunity to see whether our ID was right and in fact, it was a Common Sand Martin. 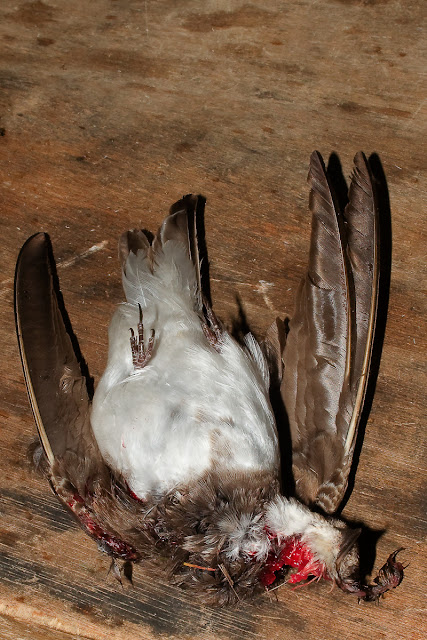 On the last day of May we witnessed another attack: this time a female Eastern Marsh Harrier had put its eyes on a 2nd-calender year Chinese Pond Heron. It had grabbed the pond heron already when we got aware of the situation. The pond heron, armed with a powerful beak and striking ability, was fighting back as good as it could and succeeded after a while. Great show! 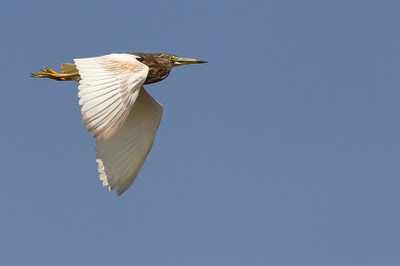 Also on show still were 1 White-naped, 74 Common and 12 Hooded Cranes. The first day of June was devoted to songbirds. We counted 3 male (2 adults and 1 presumed 2nd-calendar year) and 2 female Ochre-rumped Buntings, saw the 2 parrotbills again (at the same spot, so presumably the same). The reed also hosted reed warblers (Oriental, Black-browed and Paddyfield), albeit still in quite low densities. 4 Relict Gulls migrated north and a female Yellow-throated Bunting should have been also a migrant. A hybrid duck was spotted and turned out to be a Common Pochard x Ferruginous Duck cross. 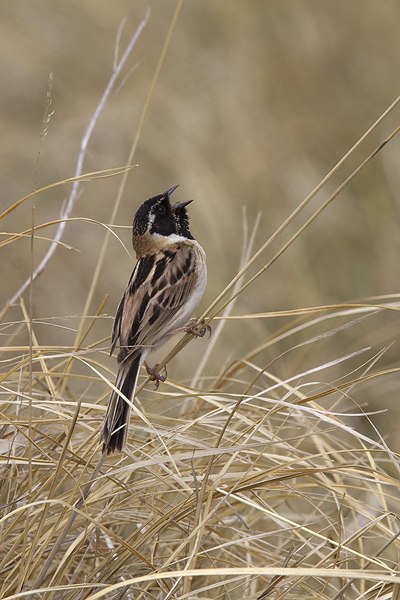 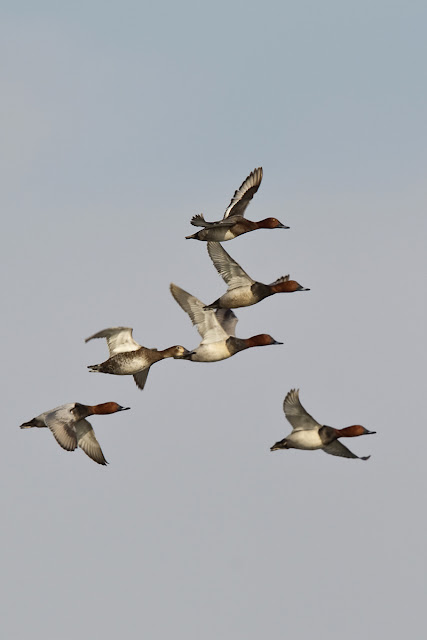 South of the lake there are some hills and from a distance they looked very promising. After having seen the parrotbills we had no reason to stay any longer and on 2 June we drove to the hills which are partly covered by woods, thus looking like bush land or savanna. It is a beautiful spot but the downside were the many dead Mongolian Gazelles that were rotting everywhere making birdwatching a bit smelly. We speculated that foot ‘n’ mouth disease had taken a tall toll during the winter. Death from starvation—always a possibility in Mongolia—was regarded as unlikely as the hills had been not grazed by livestock for long (shown by the growth of the bushes). Before we had chosen our campsite we found a ruin with 20 pairs of red-bellied Barn Swallow (tytleri), 10 pairs of White-cheeked Starling, 2 pairs of Hoopoe and a singing Eurasian Collared Dove. We stayed here until 4 June. 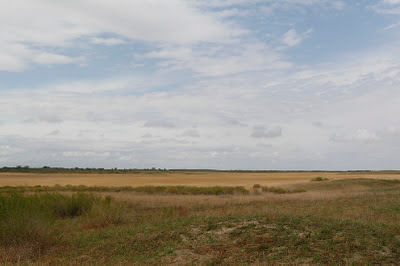 From our camp we overlooked a reed bed and after a scan a Northern Parrotbill was seen. This reed bed held also Black-browed and Oriental Reed Warblers as well as Pallas’s Grasshopper Warblers, Reed Buntings and Baillon’s Crakes. Our direct neighbours (breeding there) were Yellow-breasted Bunting (2 pairs), Lesser Whitethroat (not mapped in the Sylvia-book), Long-tailed Rosefinch, Japanese Quail, Black-faced Bunting and Siberian Rubythroat, but no sign of Isabelline Wheatear. 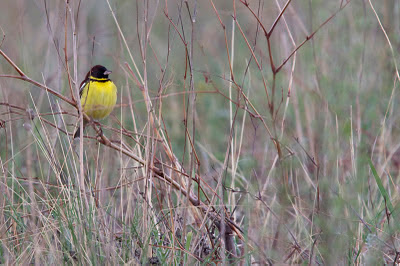 Zegi found a nest of Chinese Grey Shrike on 3 June when also two male Great Bustards flew across, we saw another female Yellow-throated Bunting and had a flock of 3 White-cheeked and 3 Daurian Starlings. 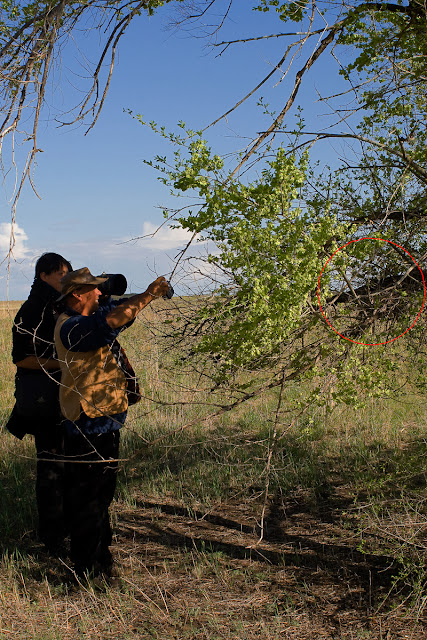 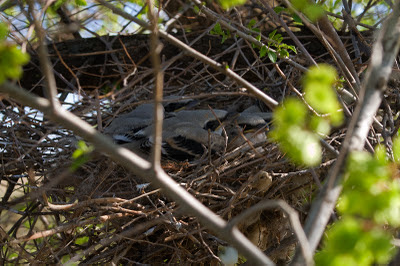 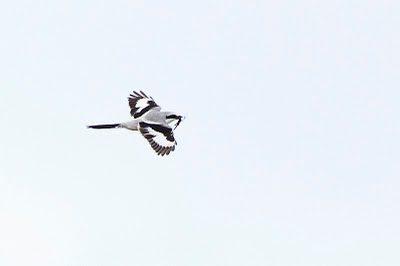 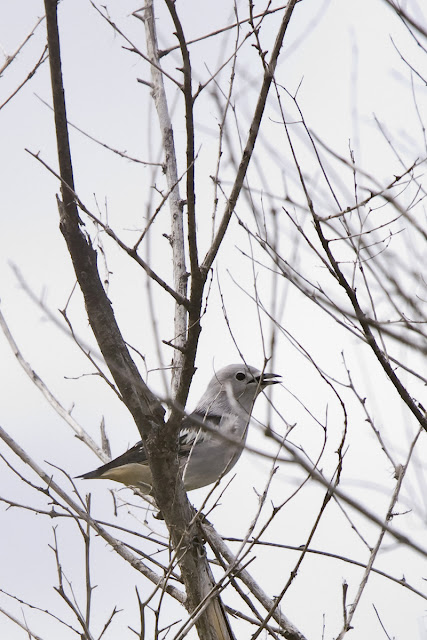 Between 4 and 6 June we travelled to the famous Ikh Nart Nature Reserve via Matad and Baruun Urt and what we saw there will be reported soon.