On our way to the famous Ikh Nart Nature Reserve (see also here and here), arguably the best place in Mongolia to see Argali (wild sheep), we stayed overnight (4 to 5 June) in a rocky valley near the small city of Matad. There we saw 2 Eurasian Collared Doves and in the valley we welcomed migrants such as Dark-sided and Asian Brown Flycatchers. The resident Horned Larks had finished their first brood, but summer visitors like Blyth’s Pipit were in full display all day. 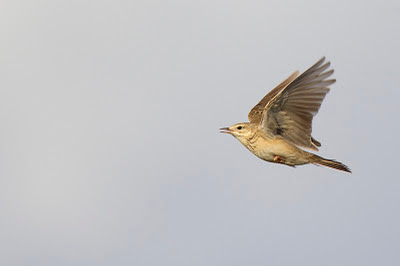 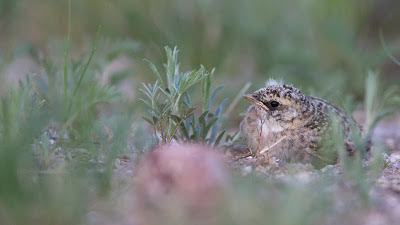 Matze flushed an Eagle Owl but the next day we continued our trip westwards and camped west of Sukhbataar Sum where our camp was inspected by an European Nightjar and a displaying Oriental Plover. 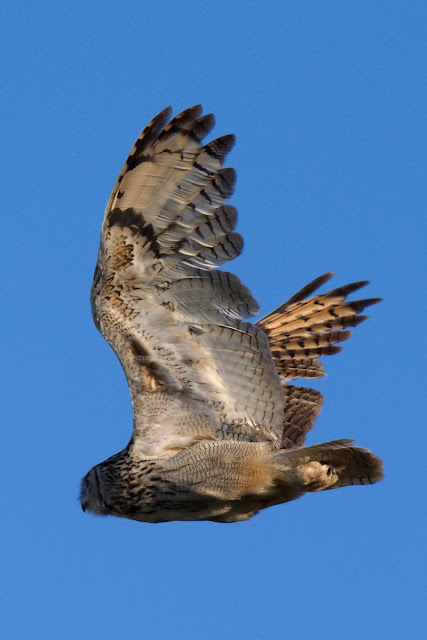 On 6 June, while having lunch near Ichchet Sum, in a landscape full of rocks, Matze could take pictures of the local breeders there. 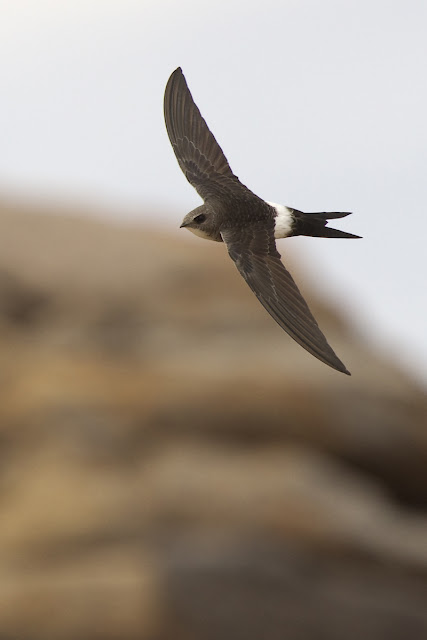 After having lost track a few times that day, mainly thanks to the many mining-related roads, we arrived at our target site in the evening where we camped outside the reserve boundaries as my companions – all Germans – were not agreeing with one of the Ikh Nart research camp rules.

On 7 June Zegi and I explored the valley below the research camp for the first time – and that immediately payed off: In the lower part an all black bird, slightly larger than one of the larger thrushes, landed on a branch and it was identified as Hair-crested Drongo, another first for Mongolia!

This beautifully shiny drongo is widely distributed in South-east Asia, but its only migratory subspecies brevirostris has turned up much further to the north. So an overshooting bird like this one could have been expected (we had rather expected, if at all, to see Black Drongo which had been seen in record numbers the year before). ID of this species is straightforward once its tail shape and the hair-like feathers are seen.

The drongo remained in the valley at least until we left (11 June, but stayed possibly even longer) and was also seen by all members of the research team. 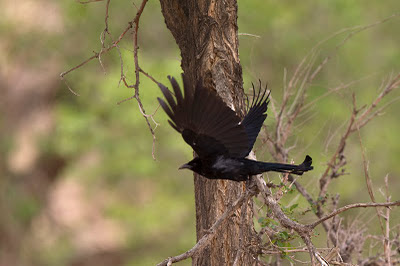 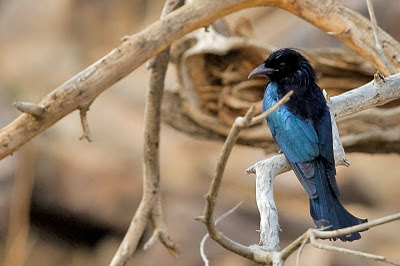 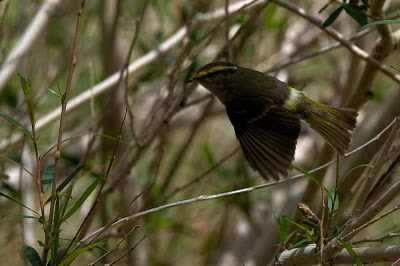 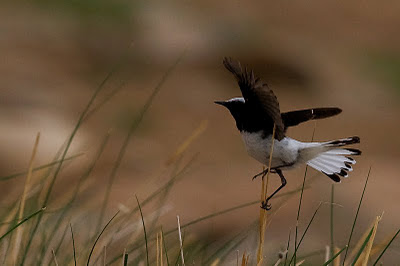 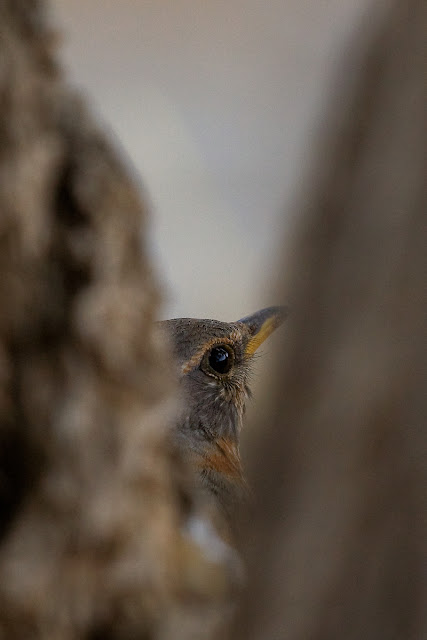 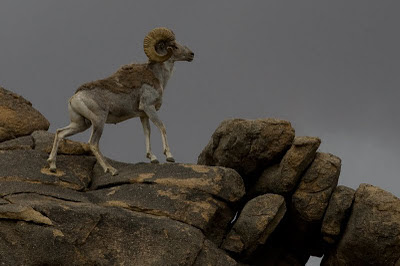 On 11 June we arrived back at our flat in the capital. More about our final birdwatching will be posted in a few days – so please visit this site again!