Mongolia hosts an unique range of ecosystems from the taiga to the desert, and its large areas of more or less unspoiled nature attract the attention of the national and international conservation community. Despite the vast dimensions of the country, shifts in agricultural methods, deployment of pesticides, unsustainable forest management, mining, illegal hunting and pest control, human-caused fires and huge infrastructure projects have triggered increasingly pronounced changes in the Mongolian ecosystems. The impact of global land use and climate change puts new threats to Mongolian biodiversity and also poses new questions to the scientific community. 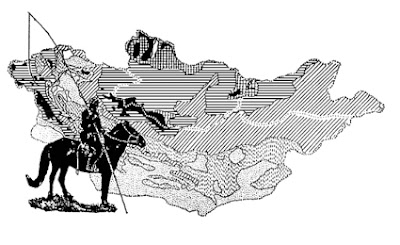 Mongolian and German scientists, together with colleagues from other countries, have strongly contributed to a better knowledge of the fauna and flora of Central Asia. Commemorating the 50th anniversary of the joint “Mongolian-German Biological Expeditions” it is now time to look back at the achievements that were made, and simultaneously envisage those new cooperations that are needed to face the new challenges.

The Martin-Luther-University of Halle, in conjunction with the Franckeschen Stiftungen of Halle, has a long tradition in the exploration of Siberia and Central Asia. Several well known explorers of the 18th century were once associated with the University of Halle, among them Georg Wilhelm Steller and Peter Simon Pallas. These special relationships to Central Asia have continued until today. The University of Halle, in cooperation with other leading biodiversity institutions of Germany, therefore invites you to an international symposium on “Biodiversity Research in Mongolia”, celebrating 50 years of cooperation between Germany and Mongolia in this field. The meeting is to be held end of March 2012.

A first cooperation agreement was signed by the Academy of Sciences of the GDR and Mongolia in 1962, following an initiative of the former Institute of Crop Plant Research in Gatersleben, Germany. Employees of the University of Halle were asked to join the first large-scale expedition, leading to a cooperation contract between the universities of Halle and Ulaanbaatar in 1967. Since then the cooperation proved to be very successful, not only in terms of scientific output but also with respect to education and teaching programs on both sides: more than 70 Mongolian scientists received a degree from Halle University. These graduates are now found in the top positions in Mongolia. The expedition members published more than 300 scientific papers, enhancing our knowledge on the ecosystems of Central Asia extremely. German scientists had a leading role in the establishment of large protected areas in Central Asia. The cooperation was joined by additional German universities (i.e. Göttingen, Greifswald, Hamburg, Marburg, Osnabrück, Kassel) research institutes, and free-lance scientists after 1990, which were generously supported by the Deutsche Gesellschaft für Technische / Internationale Zusammenarbeit (GIZ), the German Science Foundation (DFG) and the German Academic Exchange Service (DAAD).

The symposium is therefore also thought to be a scientific-strategic as well as political strategic event which we would like using to strengthen our communal partnerships, projects and collegial friendships for the next decade, with the aim of understanding the Mongolian ecosystems even better and conserving these unique habitats for future generations.

For more information and Call for Papers (oral talks/posters;deadline for submission of abstracts [in English]: 31 December 2011) please download the 1st Circular.