After our return to Ulaanbaatar we spent a day, 12 June, at the UB-Ponds where we found 3 singing Yellow-breasted Buntings. Apart from a marauding stray-dog, which had 5 puppies to feed, we did not see anything else noteworthy. 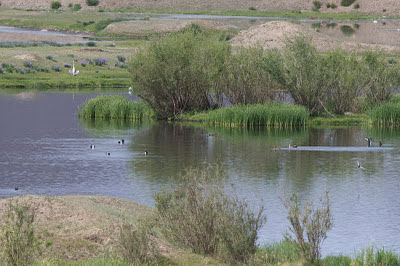 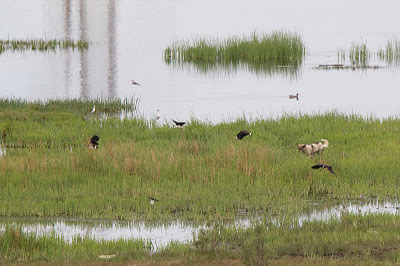 Marauding dog, much to the dislike of the breeding waders,
UB Ponds, Jun 2011. © M. Putze

From 13 to 15 June we visited the south side of Bogd Khan Uul and put our tents at the upper edge of the larch-forest above Manzshir Khiid where we had the occasional rain-showers. Best bird was a Black-naped Oriole which could not be digitally captured. We found two tree-nests of Saker Falcons just 500 apart and saw some forest birds. 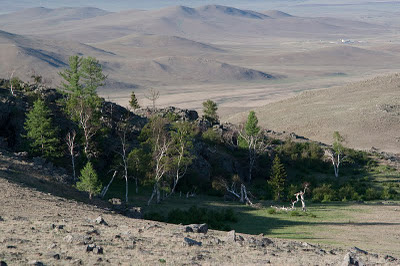 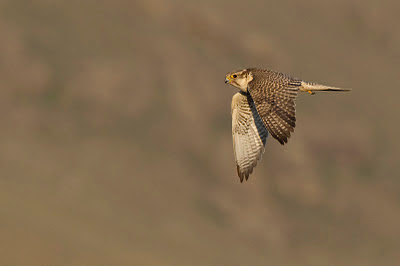 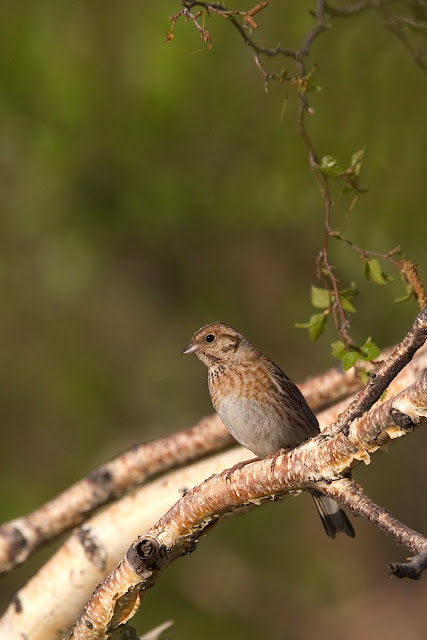 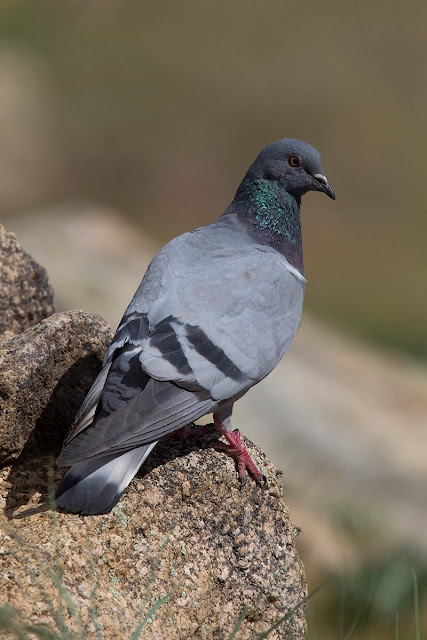 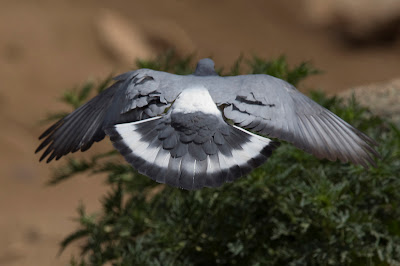 ...which was only obvious when the spread tail was seen
Manzhir Khiid, Jun 2011. © M. Putze 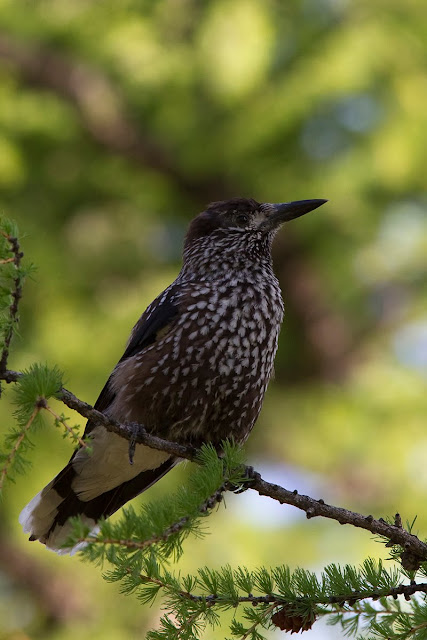 The last thing we tried was finding again Azure-winged Magpies below Songijno Khairkhan Uul on 16 June. This time it was not easy to find them and we only saw two, presumably a pair which behaved rather secretly giving rise to our suspicion that they bred nearby. 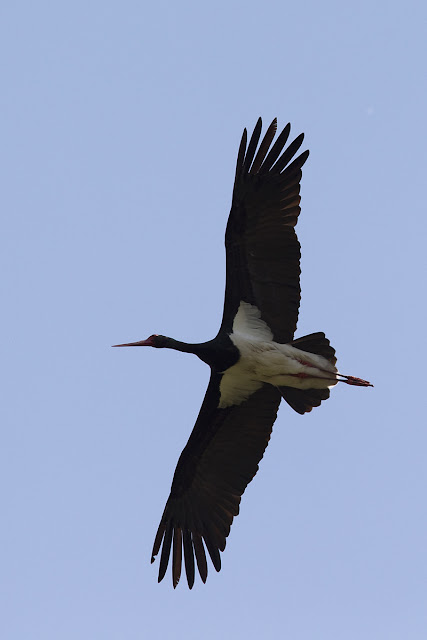 In summary this trip was really successful and the number of lifers was 3, 14, 15, 55 and 97 respectively. To our surprise, we could not find some species like Mandarin Duck, Oriental Pratincole, Mugimaki Flycatcher and Rufous-tailed Robin in Mongolia’s Far East. [remark by Axel: I haven't heard of anyone who has seen Rufous-tailed Robin in Mongolia. If you have: Please email me!] 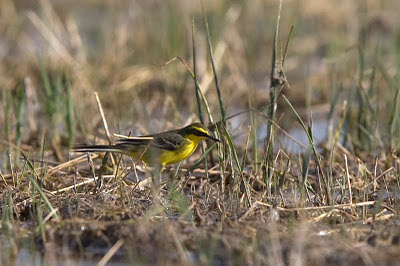 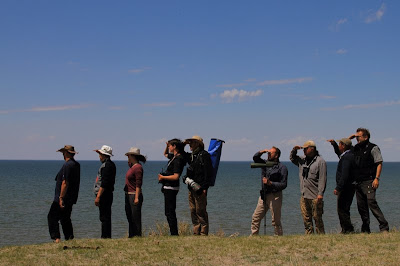 The group seawatching at Buir Nuur, May 2011. © M. Lindemann

A big THANK YOU  to Abu for the 9-part trip report including his outstanding photos, and to him and his team for finding all the goddies. Special thanks also to Matze for adding so many high-quality images! Axel

It was the wonderful trip!

Axel, as far as I know there were only two records of Rufous-tailed Robin in Mongolia during spring migrations. With the recent number increase of own and foreign ornithologists and birdwatchers, more new records are expected, indeed. IMHO it seems to be most probably seeked in the low-mountain taiga of northern Mongolia in latest May & early June.
Cheers,
Igor

It is a wonderful trip. Finding 3 new records for Mongolia at one trip is incredible. I liked the part in Ikh Tashgai most.

Thank you so much to ABU for sharing us this wonderful trip information..