Having visited this park for more than 20 years, I can say with full confidence that the Children's Park was one of the best birding spots in Ulaanbaatar. The reason I say “it was” is because this place is not same at all what it used to be before. Until recently, I used to see some rare birds here, like, just to name a few, Penduline Tit, Siberian Rubythroat, Greater Spotted Woodpecker, Daurian Redstart, Eurasian Hoopoe, Meadow Bunting, and Black (-eared) Kite nesting and Hawfinch, Bohemian's Waxwing, Azure Tits, Long-tailed Rose Finch, Daurian Partridge, and Azure-winged Magpie wintering at this park, and of cause tons of migrants during fall and spring migration periods. Some 15 years ago, Red Deer Cervus elaphus was a regular visitor to this park. Even one could see them walking with their calves. I remember there was a waterhose which was left open for quite a long time from late fall to mid winter in 1993. After a while it created a pool which became a favorite place for every bird in the park. I went there twice a week to observe birds that came to this pool for drinking. Here I saw my first Grey-headed Woodpecker. A friend of mine even produced a university course work on birds of this park with some over 100 species. Unfortunately, I don't have a copy of this report. Now I can just hope that someday there will be gardens and trees flourishing again. So it will attract birds back and we can enjoy again.

I live in apartment that looks out over the area of Ulaanbaatar known as the Children’s Park. Sadly I don’t hear the laughter of children, just the loud noises of earth moving equipment and drilling rigs. This park, a place of rare solace in the unplanned city of Ulaanbaatar, has been closed to the public for some time now and no one can enjoy it. Some say, it was sold to a Japanese company who will transform it into an amusement park. Some wish it would simply be opened so it can be enjoyed as it is. 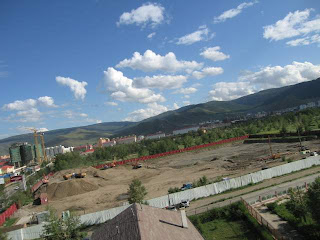 From where I live I can see that a large corner of it has been sectioned off and is being developed rapidly. You can’t see this from the ground level, because of the fence, but I can see it from above. Some say it will be a Shangri La Hotel. Some wonder about this with so many construction projects at a halt, including the proposed Hilton Hotel just down the road. Some just wish the park was available for the people to walk in. New York was wise enough to preserve some nature for people amidst its intensely developed island. It’s called Central Park. How long will the people of Ulaanbaatar have a park in the city. When can we use it? Does anyone know what is really planned for that site? 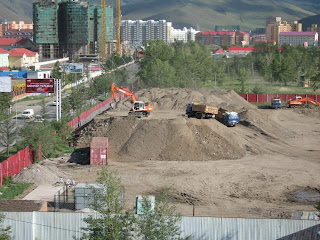 Mongolia's forests burning: are they good or are they bad?

Read about forest fires and watch a Youtube video at Tony Whitten’s blog.

Hi Axel and others,
to the point, ongoing data on the fire situation around Lake Baikal (including some part of northern Mongolia, between ca 103 and 112 deg. E and to south up to 49 deg. N) having been obtained daily can be found here (in Russian but can be understood in the context I hope)
Igor F
No comments: 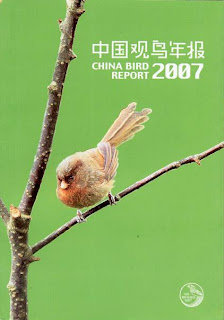 Published and produced by the China Ornithological Society supported by the Beijing and Hong Kong Bird Watching Societies. It is a bilingual publication in English and Chinese.

This year the Report covers records of 1071 species representing 80% of species recorded in China.

EU Price (including postage and packing) £16.60

Payment may be via PayPal or personal cheques drawn on UK banks only please made payable to Hong Kong Bird Watching Society. 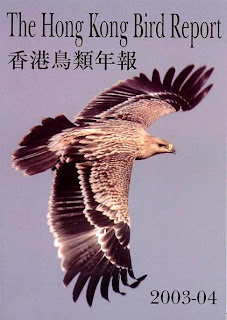 This Report again covers 2 years as the Society makes an effort to catch up with its publication of these important reports.

Published and produced by the Hong Kong Bird Watching Society, 2009.

The main body of the work is taken up with the Systematic List 2003–04 which covers the 345 species recorded in Hong Kong during the period. The list includes the following new records for Hong Kong: Wedge-tailed Shearwater, Short-tailed Shearwater, Malayan Night Heron (breeding), Greater White-fronted Goose, Chinese Thrush and Baikal Bush Warbler. Additionally there are articles describing first record for White-spectacled Warbler and breeding records for Red-rumped Swallow and Yellow-billed Grosbeak.

There are taxonomic reviews of Goodson’s Leaf Warbler, Northern Hawk Cuckoo, Spot-billed Duck, Oriental Cuckoo and Pale Martin in respect of the taxa that occur in Hong Kong.

EU Price (including postage and packing) £12.07

Payment by PayPal, cheques drawn on UK banks only please made payable to Hong Kong Bird Watching Society or cash.

For delivery in the European Union (prices above) contact:

For orders from outside the EU (and prices) please contact
the HKBWS Hong Kong office directly on hkbws at hkbws.org.hk
1 comment: