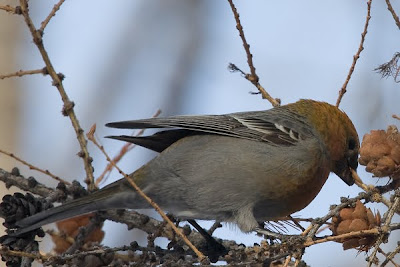 Pine Grosbeak, Bogd Khan Uul, Dec 2010.
On 19 December 2010 I spent 4 hours in the forest above the newly established skiing zone on the north-slope of Bogd Khan Uul. It was a sunny day with almost "hot" (for Mongolian winters) minus 4 degrees Celsius and so I hoped to get some pictures of forest birds. But before photographing I had to ascend the rather steep slope but as soon as I reached the forest I was surrounded by birds. A huge flock of about 350 Common Redpolls (no Arctic Redpolls identified) was around and with them were 3 Pine Grosbeaks and 7 Hawfinches. It was not easy to take pictures as the birds either were feeding very high in the trees or in the shade of the forest if they had come down. So I produced rather disappointing shots. 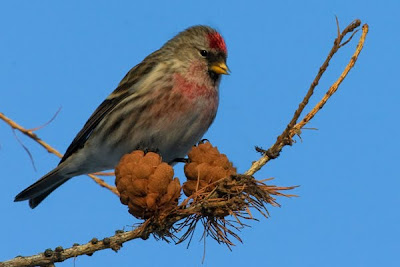 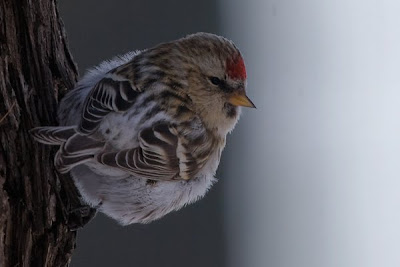 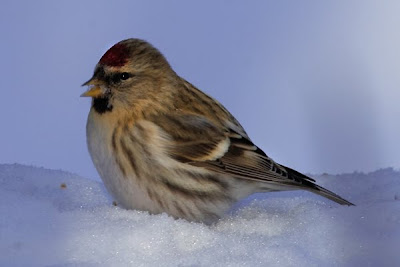 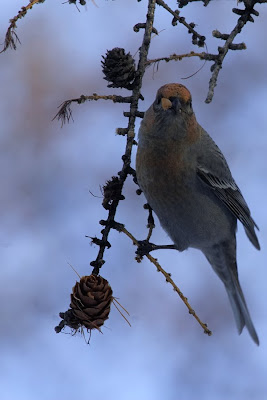 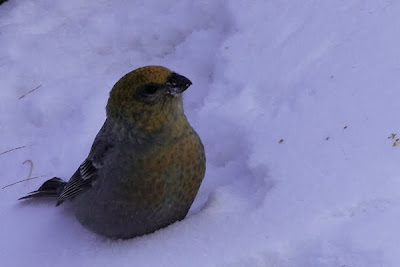