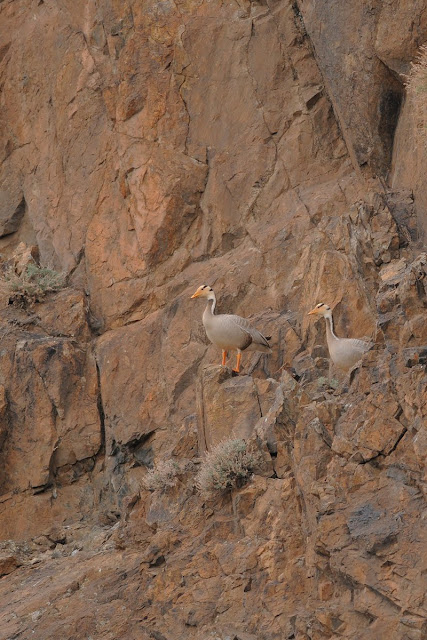 Just a few km west of Terchijn Tsagaan Nuur we came across a small colony of Bar-headed Geese. About 15 pairs had taken residence in a cliff and some were already breeding. Others—about 40 birds—were below the cliff. We saw another Merlin, a group of 7 Eurasian Spoonbills and a Black Stork before we went on. Not far from the top of Solongd Pass we spotted 2 Himalayan Griffons in a group of 36 Eurasian Black Vultures. During our 12-hour drive to Oigon Nuur, which we had visited in 2010 as well (see here), we also had a Bearded Vulture, a group of 100 Daurian Jackdaws and several Asian White-winged Scoters, just to mention a few. 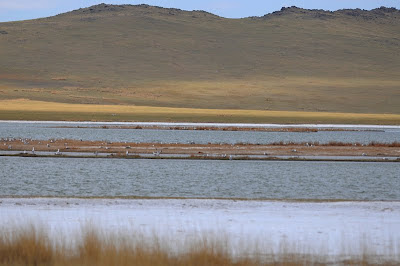 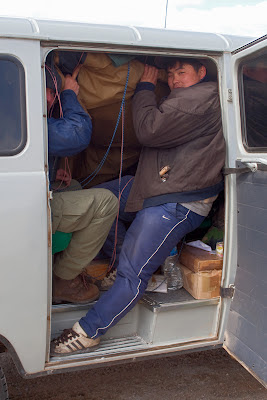 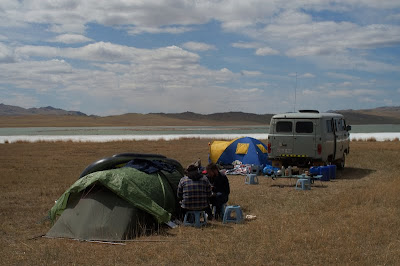 At Oigon Nuur (21 May), we first camped on the west side but then moved the camp a bit closer to the gull islands. These are two very shallow islands which are sparsely vegetated. Actually they are not anymore part of the proper Oigon Nuur. A part of the lake was cut off from the main lake as a result of lowering water levels. We had time to do some birdwatching as the wind was blowing hard (and cold) at 7 Bft from north, thus making it impossible to get on the island with our inflatables until late afternoon. Then we did our job until 24 May and we caught, ringed, wing-tagged and measured more than 100 adult Mongolian Gulls during our days at Oigon Nuur. Although we were busy with the gulls, there was time for birding and we did not see only gulls. On 21 May, a group of 6 White Wagtails spent a few minutes near the camp and it became clear that we were already quite far west: there was a personata (Masked Wagtail) among the baicalensis. 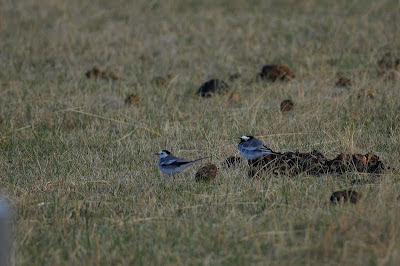 The meadows surrounding the lake were full of larks, mainly Horned Larks (brandti) and Eurasian Skylarks, but Mongolian Lark also was common. Many of them were already feeding chicks. On the lake the only noteworthy birds were a flock of 80 Asian White-winged Scoters. There was little visible migration but the first Pacific Swifts had arrived that day. On 22 May an adult White-tailed Eagle successfully hunted a male Gadwall. It took the eagle more than half an hour to get the poor duck drowned after it first hit it with its powerful talons. The duck was trying to escape its fate by diving as soon as the eagle made a down swoop. Great show! 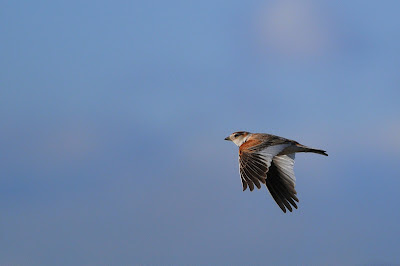 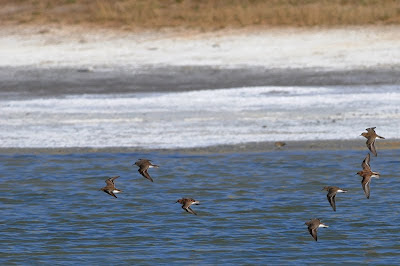 By the next day Blyth’s Pipits had arrived and a group of 15 Common Cranes migrated northwards as did a dark morph Booted Eagle. The last birds we saw at Oigon Nuur were both females: a migrating Greater Sand Plover and a Pallid Harrier on 24 May. That day we drove west to Khyargas Nuur which took almost 6 hours. 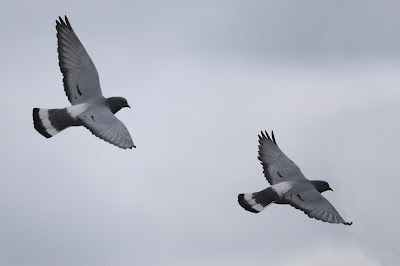 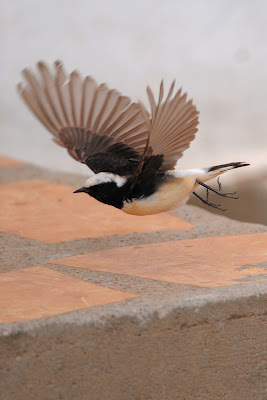 Not much was seen during this long haul except for a displaying Oriental Plover.