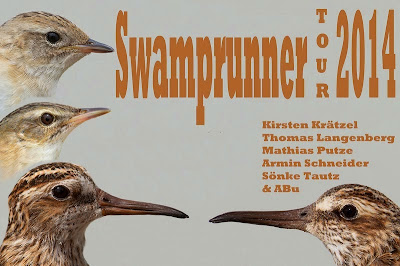 Along the Khalkh gol
south of Sumber 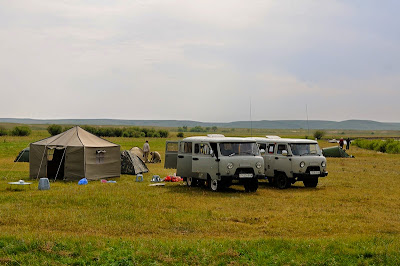 It was also a real pleasure to explore the bushes around our next nice camp site, just a little south of the town of Sumber. We set up our camp directly at the Khalkh gol again, but it was not only our pleasure to be there. After the installation of the camp it took not long until, again, millions of mosquitoes got their meal as well. 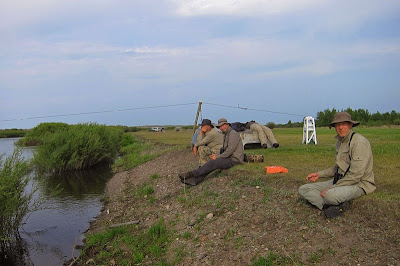 Trying to escape the mossies,
check out the birder in the background!
South of Sumber, Jun 2014 © K. Krätzel 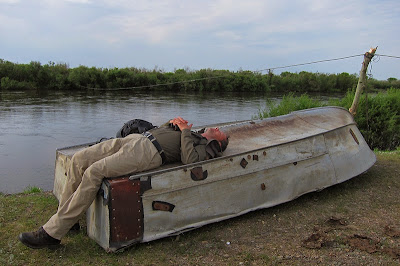 During our attempt to escape the molesting flies and to relax a bit we spotted a nice set of birds, including a Striated Heron perched on a tree in the distance, showing well its reddish legs and feet. The purple reddish bare part coloration is a strong indication for local breeding since the herons show this flush only during the peak of courtship. This species had been reported to breed in the region: After a potential observation in 2003, a breeding pair was found at Khalh Gol Delta, Buir Nuur on 11 July 2006 by Oleg Goroshko. 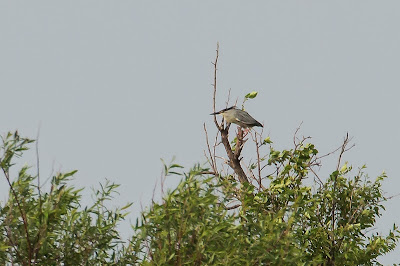 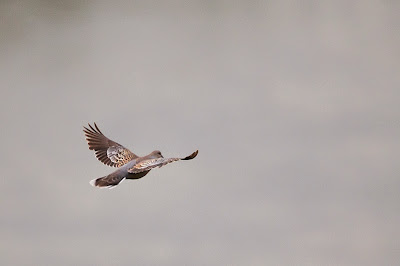 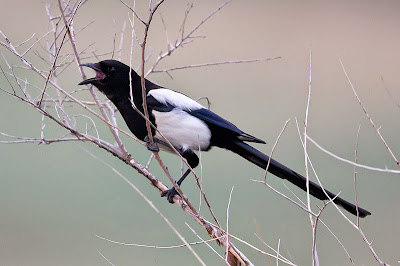 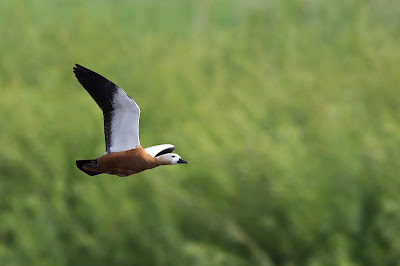 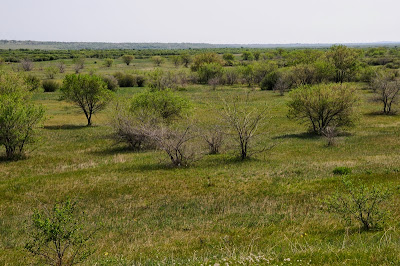 Other birds on show were a female Yellow-rumped Flycatcher, Amur Falcons, Common Terns and other common species, so not so much. But then we got aware of the presence of a bird which had not been recorded in Mongolia before.

Read more about this discovery next!
No comments: