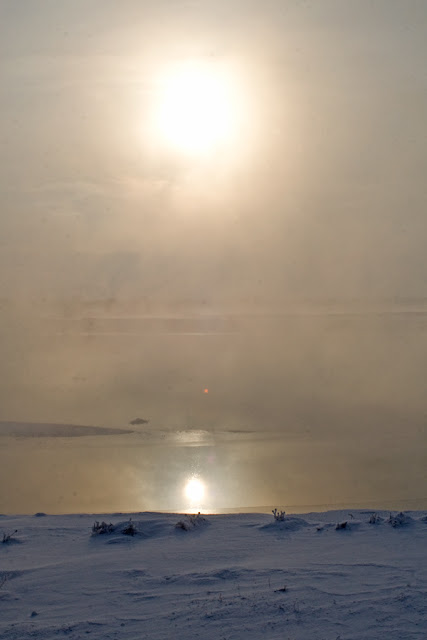 Ulaanbaatar ponds in mist, January 2011
Seems a ridiculous idea, right? It has been permanently freezing since many weeks and Mongolian Bird Watching Club members Gankhuyag P., Amarkhuu G., Amartuvshin P., Tuvshin and I teamed up yesterday, January, 15th and went out for participating in the Asian Waterbird Census. But there is overwintering waterfowl even here in Ulaanbaatar (UB). The outflow of the sewage-works is so much heated up that there is a small stream running westwards for several kilometres until it joins with the frozen Tuul Gol.

Satellite image of UB ponds: compare summer
(Jul 2009) with winter (Mar 2005). © Google Earth
Along this stretch of open water we saw Ruddy Shelduck, Mallard, Common Goldeneye and even a single Goosander. Not much–agreed–but clearly nice to see if the mist which is coming up from the stream would allow it. 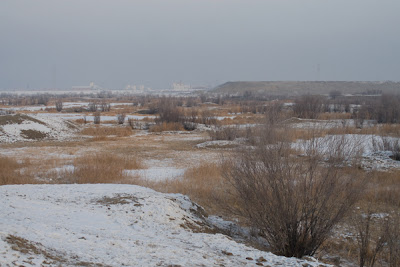 UB ponds have areas with low bushes
and some smaller reeds, January 2011.
Of the smaller birds we saw a group of Horned Lark and 6 Long-tailed Rosefinches in the bushland. Further down there is some riparian forest, though lacking the under storey completely. But the combination of open water plus a lot of trees of which some were still carrying berries creates waxwing-heaven. 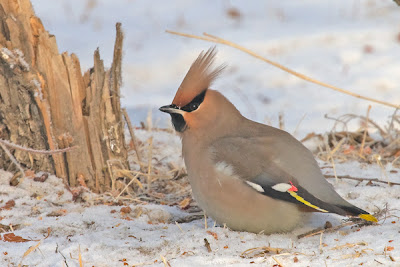 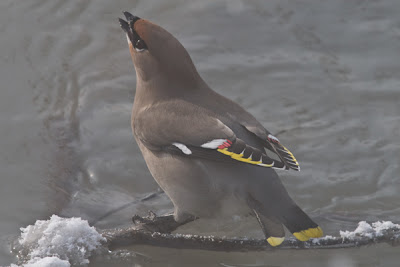 Drinking Bohemian Waxwing; even in close-up, the mist is
hampering a clear picture, below Songino Khairkhan Uul, UB, Jan 2011.
But the waxwings were not the only birds. We saw a Red-throated Thrush, a group of 4 Pallas’s Rosefinch, 3 Common Bullfinches of the nominate subspecies, several Hawfinch, both of the redpolls and a White-tailed Eagle. Nice habitat and nice birds. 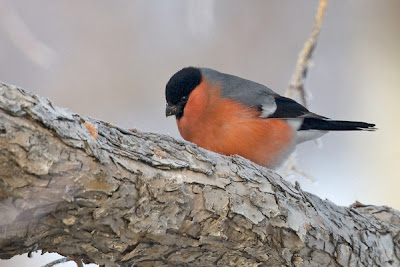 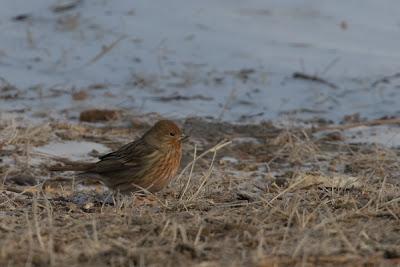 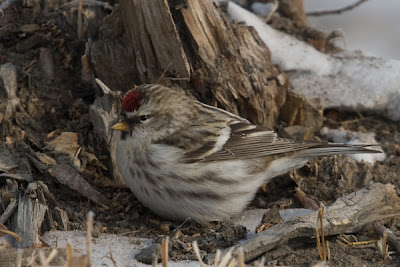 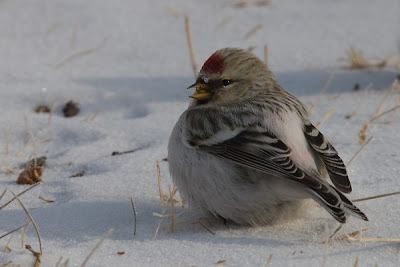 Arctic Redpoll below Songino
Khairkhan Uul, UB, Jan 2011.
Thanks go to the Wildlife Science and Conservation Center (WSCC) for sponsoring the trip and for the members of the Mongolian Birdwatching Club for great companionship.

PS: there is yet too misty frost to do the waterbird census at Angara River. We are hoping for good weather in the usual term for, i.e. in February. But there is a lot of Upland and Rough-tailed Buzzards, and some Snowy Owls around here.