A stroll in the steam –
The steamy stream in Jan 2011
text and most photos © Andreas Buchheim
In the morning of Jan, 30th my wife dropped Brian and me at the bridge in Songijn Sum and we made our way up along the sewage-stream to the UB-ponds. One of the first birds we saw was an overwintering White-tailed Eagle (a third calendar year bird) which was molested by a Common Magpie until it took flight. Soon the 2 Common Raven took over the duty in molesting it and guarded it towards the south, presumably they went to the rubbish tip of UB as presumably did the several Eurasian Black Vultures. 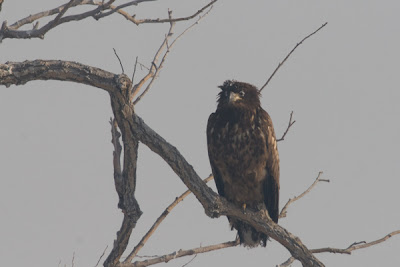 White-tailed Eagle, Songijn sum (some 26 km W of UB), Jan 2011.
The day was designed to find Solitary Snipe and/or White-throated Dipper, thus the birds saw us walking along the stream for about 7 km up to the main pond. We dipped on the snipe and we also dipped on the dipper. The forest we went along was fantastically frosted thanks to the constant steaming. 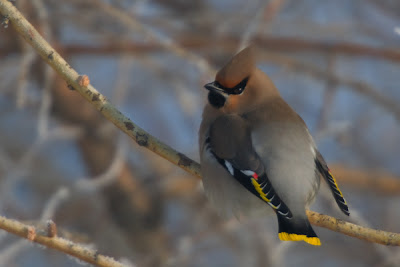 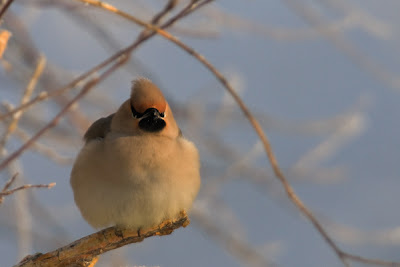 Common Waxwing, below Songino Khairkhan Uul, Jan 2011.
So we came across the more or less standard birds like Common Waxwing (about 40), Hawfinch (1), Red-throated Thrush (1 plus a possible which we saw just too briefly), Eurasian Bullfinch (a nominate male), Great Tit (a pair) and a group of Azure Tit. 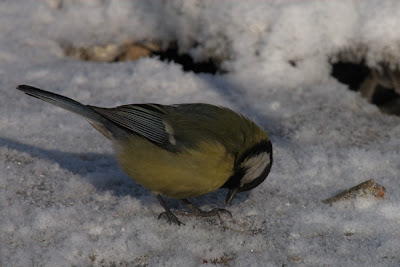 Female Great Tit “I need my nails made up”,
below Songino Khairkhan Uul, Jan 2011. 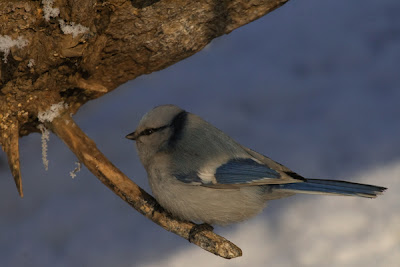 Azure Tit, below Songino Khairkhan Uul, Jan 2011.
Nearer towards the ponds it was much more open and that was the place where we had about 30 Mallards and around 20 Ruddy Shelducks. As the water was warmer here there was more steam coming up. We headed back by taxi after having spent 4 hours in the frosty air. Great! 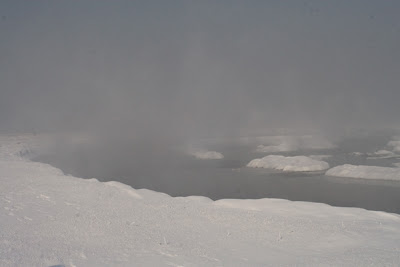 As steamy as it gets: steam merging with
the smog of the city, UB-ponds, Jan 2011. 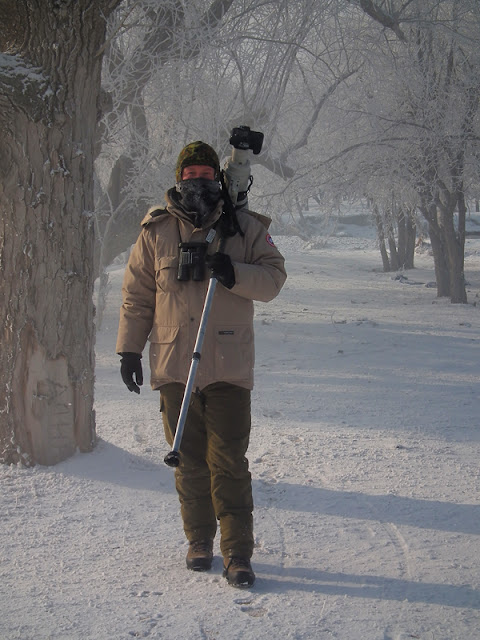