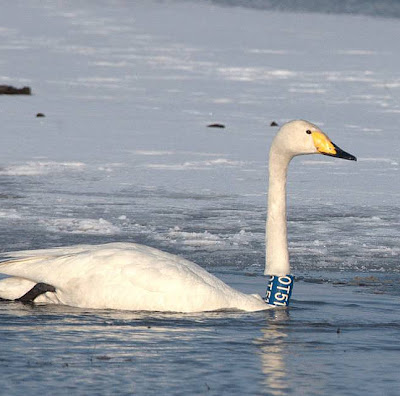 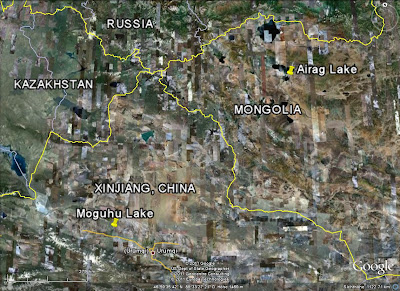 Location of capture and re-sighting of the Whooper Swan.
Map © Google Earth, 2011

This information was communicated by Prof. Ma Ming from the Xinjiang Institute of Ecology and Geography of the Chinese Academy of Sciences. Many thanks to Prof. Ma Ming and the observers, Mr. Jiansheng Liu and Mr. Jie Xu.

You can learn more about our waterbird marking efforts from the Wildlife Science and Conservation Center of Mongolia website.