Wanted: Volunteers for bird studies
at Muraviovka Park in the Amur region! 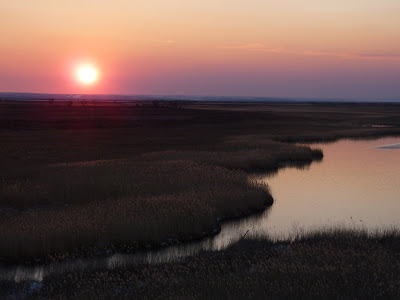 Muraviovka Park is the only private nature reserve in Far-eastern Russia and is situated at the middle reaches of the Amur River. The place is well-known for its important breeding populations of Oriental Stork Ciconia boyciana, Red-crowned Grus japonensis and White-naped Cranes Grus vipio and as a roosting site for big numbers of Hooded Cranes Grus monacha. But there are more species at Muraviovka Park, either highly endangered or little-known, which deserve special interest.

During the last two years, autumn songbird migration was studied at Muraviovka Park. Until now, over 9000 birds, totalling 95 species were mist-netted and ringed (e.g. Results of an autumnal bird ringing project at Muraviovka Park in 2011: PDF, 65 KB). We collect data about phenology, biometry, ageing and sexing as well as habitat use, which was never done before in the Amur region in a standardized way. Through our work, we noticed the importance of the Park for a variety of bird species as a safe roosting site. Many birds stay several days or even weeks to refuel, before continuing their journey over thousands of kilometres to their wintering grounds in South-east Asia or India. 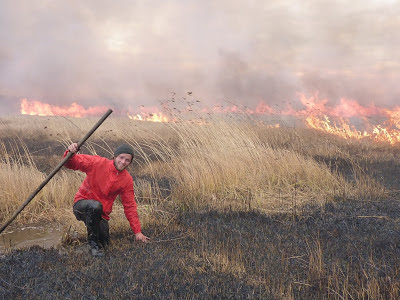 Saving crane habitats during a wildfire in 2011. © W. Heim

In 2013, we will also study the spring migration with mist-nets and migration counts on a daily basis and continue the standardized observation of the autumn migration at the Park. Furthermore, we want to collect information about breeding status, abundance and potential threads, for example for the following target species: Spot-billed Duck Anas poecilorhyncha, Baer’s Pochard Aythya baeri, Yellow-legged Buttonquail Turnix tanki, Band-bellied Crake Porzana exquisita, Menzbier’s Pipit Anthus (gustavi) menzbieri, Manchurian Reed Warbler Acrocephalus tangorum and Yellow-breasted Bunting Emberiza aureola. The collected data will be used to evaluate the success of the Park and to create conservation strategies. 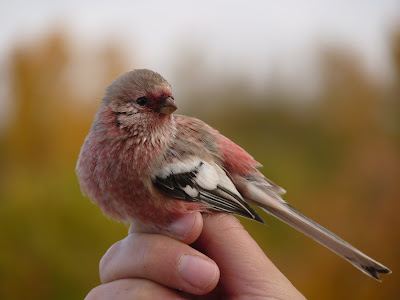 And for this, we (a team of German students and ornithologists) need your help! If you are interested and if you have time for at least four weeks between March and October 2013, write us at: amurbirding at gmx.de

Current information is always available on our blog: www.amurbirding.blogspot.com

nice
thanks for sharing