In the morning of Saturday, 12 January 2013 I was picked up by members of the Mongolian Birdwatching Club for the Asian Waterbird Census 2013. We arrived at the UB Ponds at about 10 a.m., parked the four cars near the small bridge and started—to see nothing. There was too much steam rising from the sewage stream and the only waterfowl we saw—yes, it is more than nothing—were two flying Ruddy Shelducks and a male Mallard. Quickly it was decided to delay the count until afternoon and check-out the area below Songino Khairkhan Uul first.

On our way we did not see much, apart from several flocks of the local Horned Larks (brandti). In one of the flocks we could find even an individual belonging to the northern subspecies flava, a long expected addition to my UB winter list. The area itself had, OK, almost nothing on offer, but we managed to find a group of 15 Azure-winged Magpies, a single White-backed Woodpecker, two Great Spotted Woodpeckers, two Eurasian Nuthatches, several Mealy Redpolls, a Hawfinch and a Great Tit, not much for an area like this. There was neither a single thrush nor a Bohemian Waxwing something that didn't come unexpected—no fruits, no fruit eaters (see my October post). Luckily some Common Ravens found an immature White-tailed Eagle for us. As no one was satisfied we concluded to skip the waterfowl count and go birding elsewhere instead. After a short discussion about going to Nukht Valley or not, it was decided to give Zaisan Valley a try, mainly because of the large flock of Pine Grosbeaks that had been seen earlier (see here) and because of the fact that Nukht Valley is now totally fenced off for the public and open just only for the upper class.

The parking lot at the uppermost tourist camp in Zaisan Valley was full of cars when we arrived but somehow we could squeeze in our cars somewhere and—had some tea. During the tea break we saw two each of Azure and Great Tits. Obviously the valley is very popular with hikers, at least during the weekends. Two Pine Grosbeaks were quickly found in the lower part of the valley but further up we found about 30 more, unfortunately they were feeding high up in the trees. 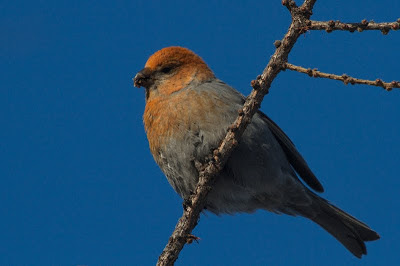 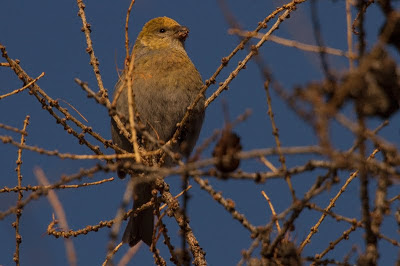 Pine Grosbeak, female, this one was together
with the bird in the photo above,
Zaisan Valley, Ulaanbaatar, Jan 2013


Although the valley was crowded there were groups of Eastern Marsh Tits, a single Willow Tit, several Eurasian Nuthatches, Eurasian Jays (brandti) and Spotted Nutcrackers, mainly because there are two table-like rocks where the hikers are putting food for the birds. We spent some time for photographing but the light was already poor (no sun from 2 a.m.) and we opted for a last site, preferably to witness our second sunset for the day. 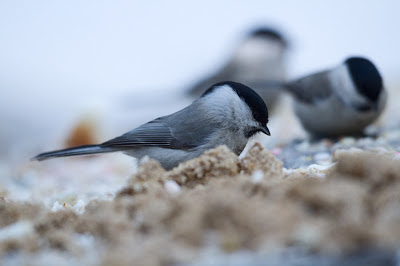 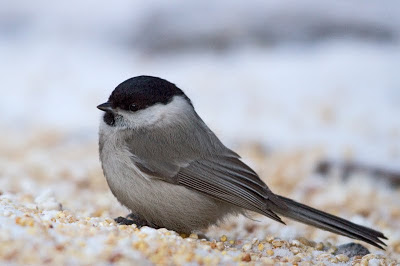 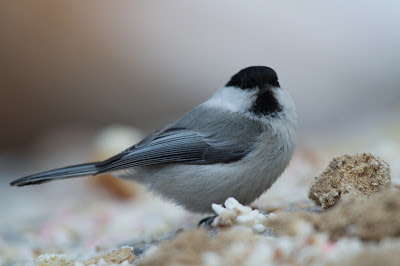 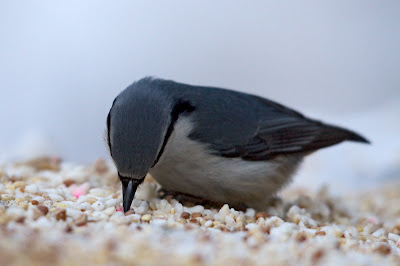 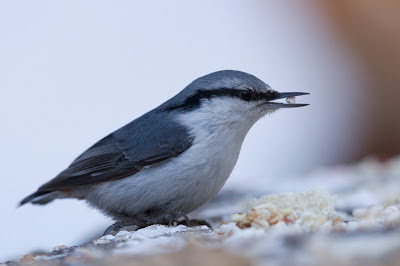 
At our final birding site, the riparian bushland east of the marshal bridge we flushed two Long-eared Owls which were real experts in disappearing in the bushes. We searched for birds but could not find many, just a single Long-tailed Rosefinch—a stunning male, a Great Tit and an Azure Tit. Although the Tuul Gol had some open stretches, they did not host Dipper or Solitary Snipe, so the search must continue. This could due to the presence of dozens of people who had driven across the frozen river and spending the afternoon in the sun. After a long and almost birdless day, the members of the Mongolian Birdwatching Club as well as the members of the Mongolian Academy of Science (MAS), the guys of Nomadic Expeditions and I went home. This trip was partly sponsored by the Wildlife Science and Conservation Center of Mongolia (WSCC). Thank you guys, it was nevertheless nice to go out birding with you! 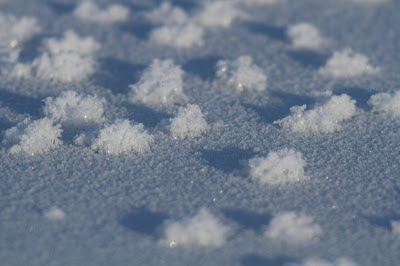 as for waxwings, there is a powerful invastion of Japanese Waxwing far west of its usual range, likely with Bohemian Waxwing, which makes a scalable wagrancy nortwestward in this autumn/winter as well. There were some records of JW from the area around L Baikal, and then records in S Kazakhstan, too! Thus, be careful to all seen waxwings there in Mongolia.

To the point, congratulations to Axel concerning the previous post!

PS in more than a year:
At the photo signed "Eastern Marsh Tits at the upper bird table,
Zaisan Valley, Ulaanbaatar, Jan 2013" the left bird (on front) is not E Marsh, it is Willow Tit. It is seen with the head shape, and the wing is seen worse but shows features of WT as well.
Igor