Birding along the Tuul Gol 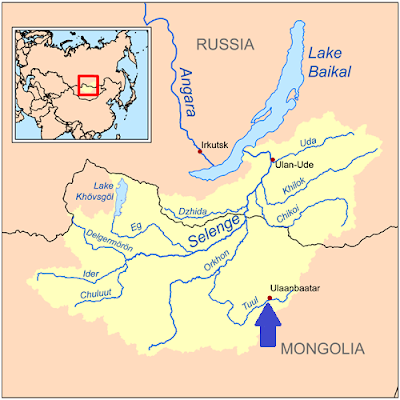 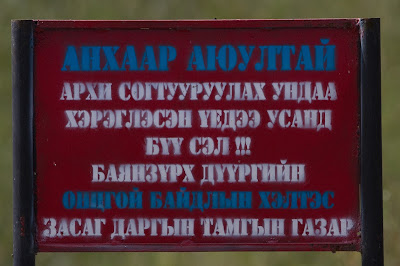 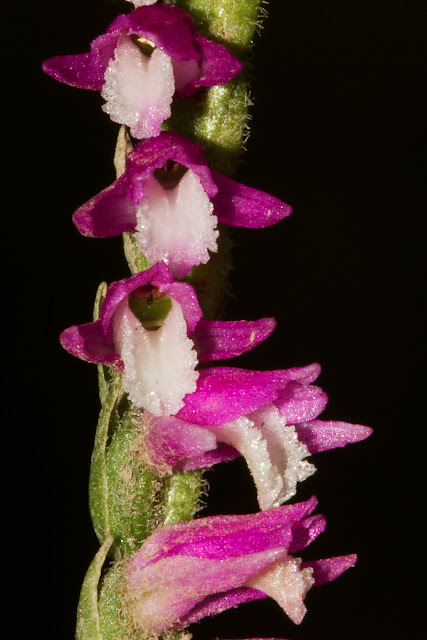 For those who could not believe that Spiranthes amoena
is a species of orchid I took my macro lens,
Tuul Gol, Ulaanbaatar, Aug 2013 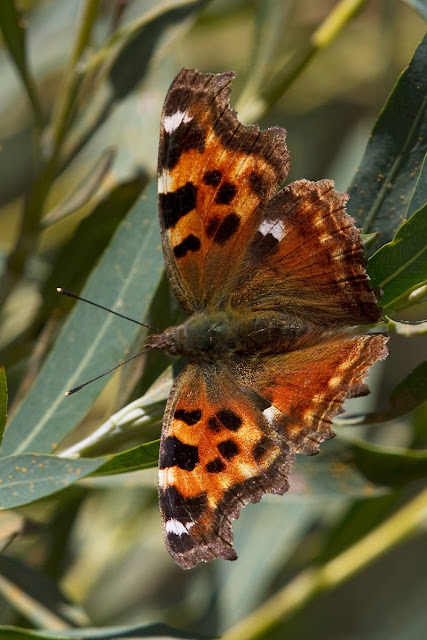 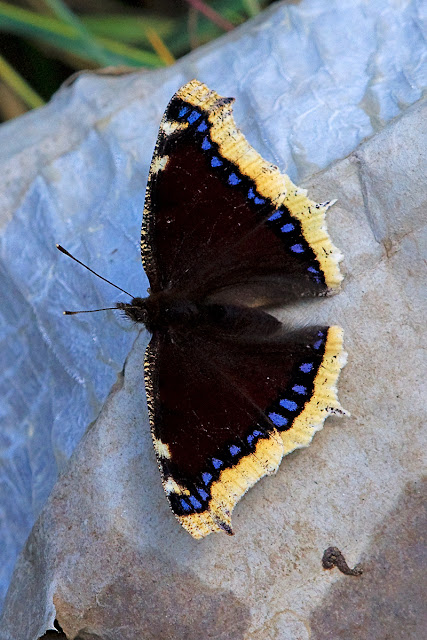 As regular readers of Birding Mongolia might know, I had frequented a certain stretch of the Tuul Gol repeatedly (see here or here or here). I did this mainly to get an idea of the bird numbers during different times of the year. This summer has been quite wet and hence “my” stretch of the river had become impassable thanks to the flood conditions. Nevertheless on 21 August 2013 I decided to give the other side a try and I started birding by 08:15. It turned out that birdwatching was extremely difficult. Due to the high water level, which also had occurred during the previous summer, the grazing/browsing pressure was reduced to almost zero. The reason for this is that livestock does not like to walk through the water when dryer pastures are available. As a consequence of this the vegetation recovered and the bush land is now very dense with a lot of undergrowth making it easy for birds to hide. The southern bank of the river is fenced in many parts and hence I had to walk along the road, which is currently under repair and thus very noisy. Needless to say that many big machines are working there and lots of lorries bringing material.

The weather was fine at the beginning of my birding with zero cloud cover and no wind. But later the wind picked up and with all leaves and twigs moving it became even more difficult to spot birds. From the perspective of a bird photographer it was counterproductive that the wind brought a lot of clouds.

I walked up all the way up river from the Marshall Bridge to the railway bridge and back, which is about 15+ km. My birding ended at 15:30 and a complete list of what I saw can be found below.

Amur Falcon A female close to Marshall Bridge was on alarm, maybe there is a nest.
Eurasian Hobby 2 hunting insects. 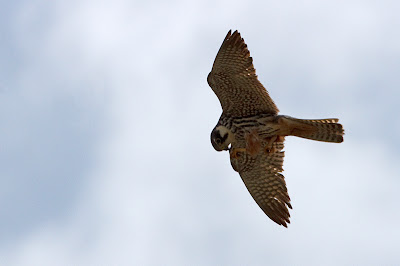 Black-eared Kite 4
Northern Goshawk 1 juvenile
Golden Eagle 1 adult above the valley was then flying into the forest of Bogd Khan Uul, the mountain south of the river.
unidentified snipe (Gallinago megala/stenura) 2 flushed from rather dry ground, both at the large end of the scale.
Common Sandpiper 5
Green Sandpiper 1
Temminck’s Stint 2 juv to my amazement they did not allow close approach.
Red-necked Stint The juv was more cooperative than the Temminck’s Stints. 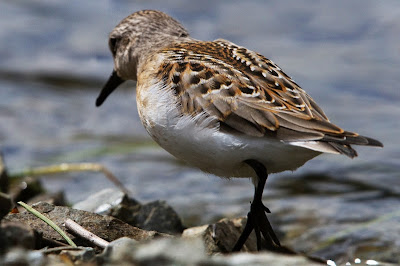 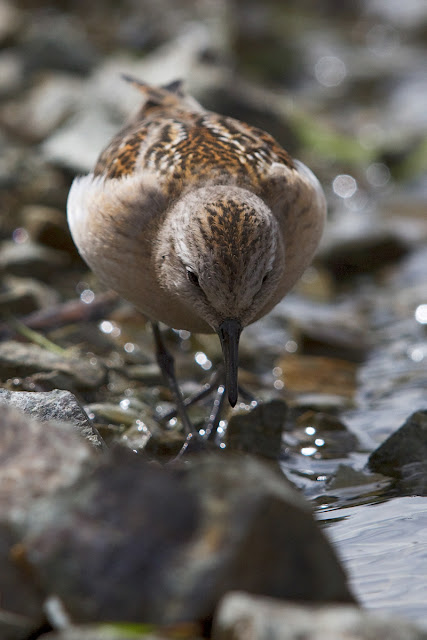 Eurasian Wryneck 1
Black Woodpecker 1 heard from the other side of the river.
Lesser Spotted Woodpecker 5
Brown Shrike 3 birds seen, all juv.
Common Magpie 60, quite common around the many ger (yurt) camps (most—if not all—are illegal). 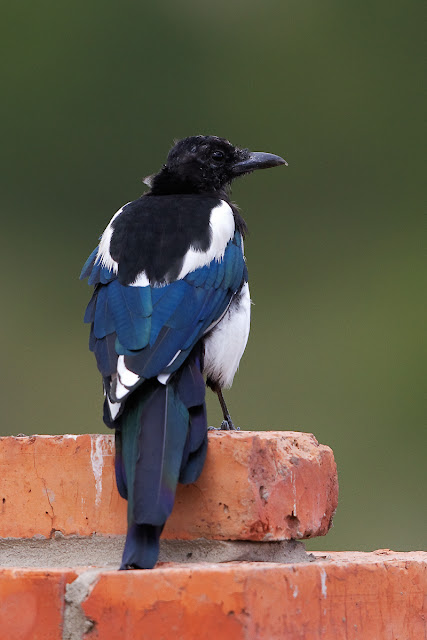 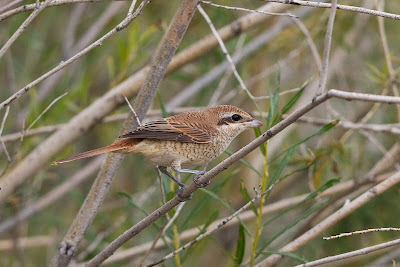 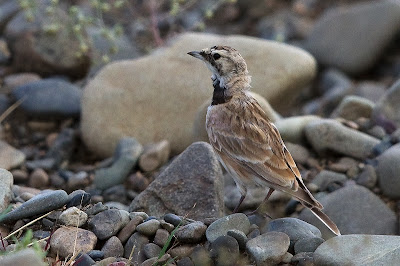 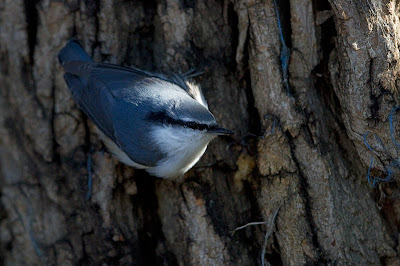 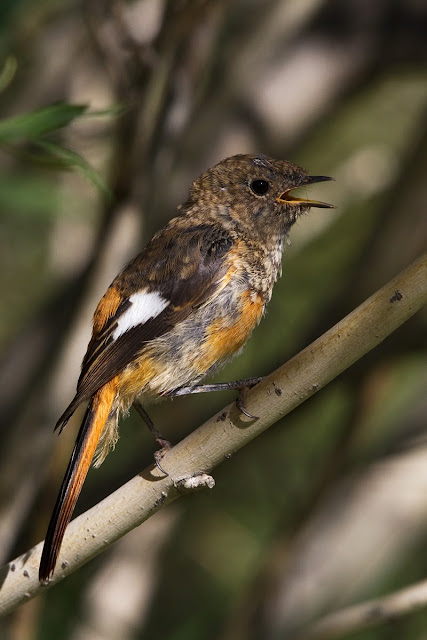 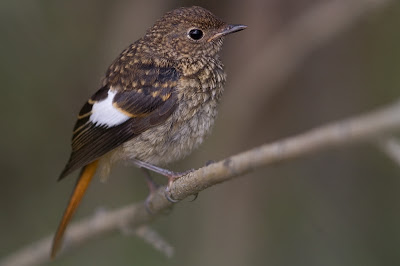 Daurian Redstart Apparently, only young bird remain as all 25 birds seen were 1cy.
Common Redstart 4
Stejneger’s Stonechat The female seen at the Sky Resort was on the wrong side of the fence, hence no photo.
Taiga Flycatcher 3
Asian Brown Flycatcher 3
Eurasian Tree Sparrow With 250+the most common bird today. 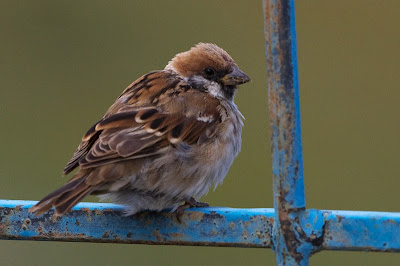 Yellow Wagtail 2 1cy seen.
Grey Wagtail 15
White Wagtail Out of the 30 see I picked 1 which seemed to belong to leucopsis (plain face, lots of white in the wing, dark longest uppertail-coverts) 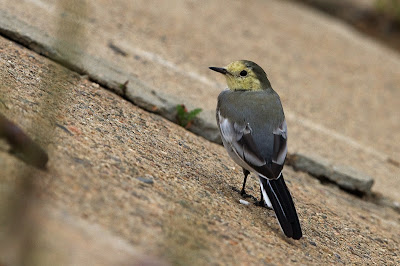 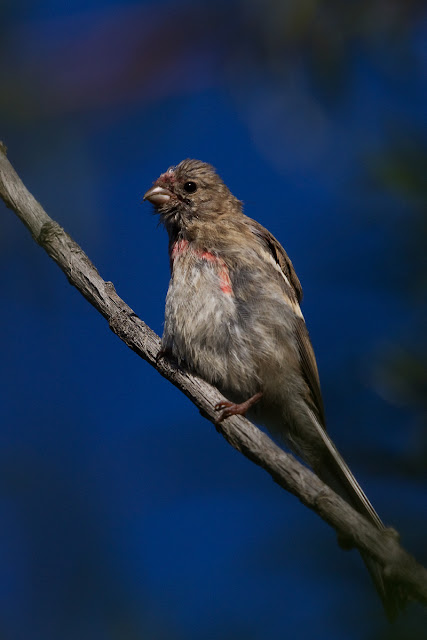 Long-tailed Rosefinch As usual a rather common bird (25 seen, many more heard) but, also as usual, they seemed to follow the three golden rules for the species.
1: always stay in the shade
2: always make sure that you are on the other side of the bush
3: follow both rules simultaneously.
Common Rosefinch 9
Pine Bunting A flock of 25 at Sky Resort.
Black-faced Bunting 1.