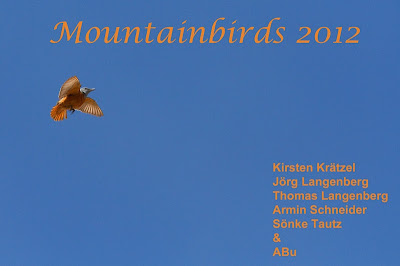 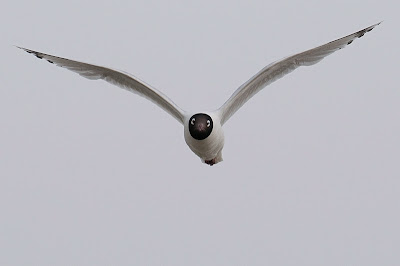 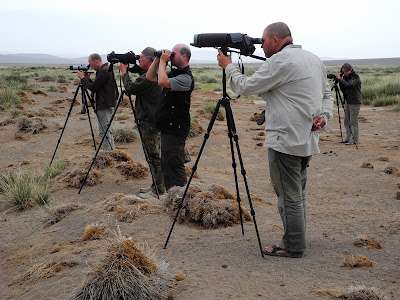 Ikhes Nuur looked a bit disappointing from the nearby hills. But as it was already late afternoon we decided to stay here. The closer we got the more birds we saw and we could not resist checking them before choosing our campsite. So we went towards the eastern shore and put up our scopes. There were some waders around and some waterfowl, all together a nice but just the average collection. Gull-billed Terns were searching for a bite and the sky was full of the flight calls of Pallas’s Sandgrouse. It didn’t take long to find a Relict Gull, and a second, a third and two more. Wow, none of us had ever expected to see that many of this rare species. We continued getting a first idea of the local bird community and found a tightly swimming flock of Relict Gulls in the distance. “Must be about 30!” someone said. On the exposed mudflats we found several other groups and we guessed that this must be a breeding site. The tents were quickly pitched on some higher ground. Mongolian Finch was very common around our camp as was the sandgrouse. 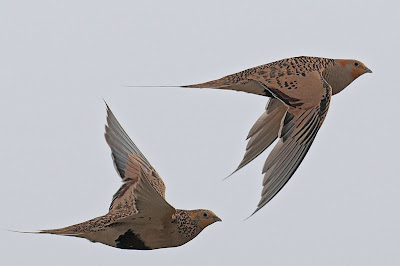 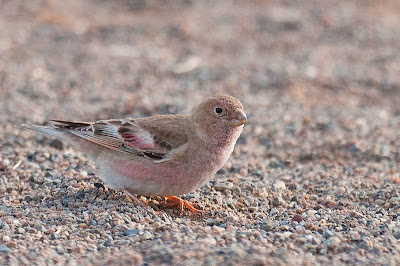 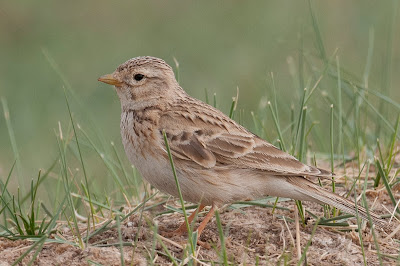 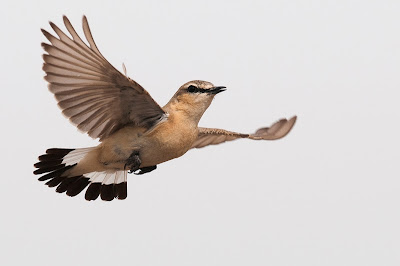 Before nightfall of 13 June we had confirmed breeding for Relict Gull and our maximum count that evening was 720! Many of them were swimming and more were returning to the lake until darkness. Hence the given maximum is also a minimum.

To escape the heat haze we tried to count the number of breeding birds very early the next morning. This was all but easy as the breeding colony was subdivided into several smaller ones and we even found singly nesting pairs spread out over the mud. Because of the distance to the colonies it was not possible to count all breeding birds in one go. This needed much more time because we had to decide whether each tightly sitting bird was indeed breeding or just was loafing, the latter a very common habit for gulls. After the lengthy count I summed up the subcolony numbers and added the single pairs. The result was an impressive total of 383 breeding pairs! The largest colony ever found in Mongolia. 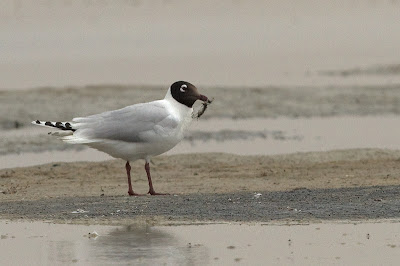 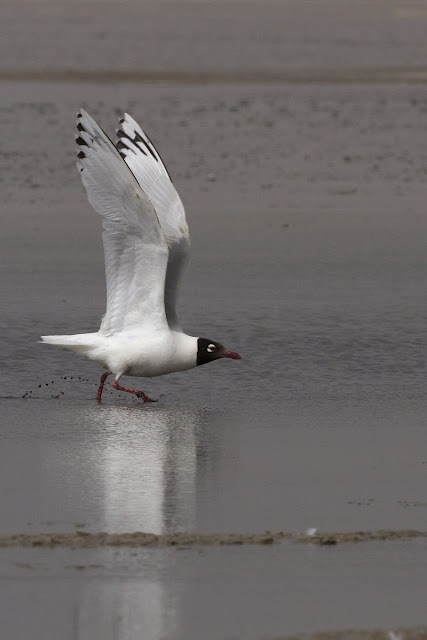 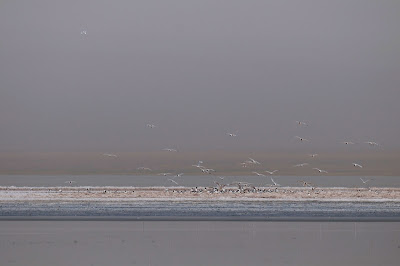 One of the subcolonies of Relict Gull,
Ikhes Nuur, Jun 2012, © T. Langenberg 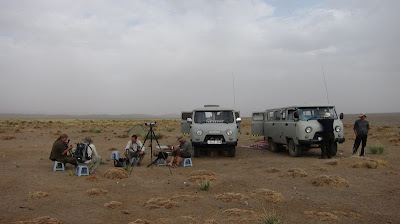 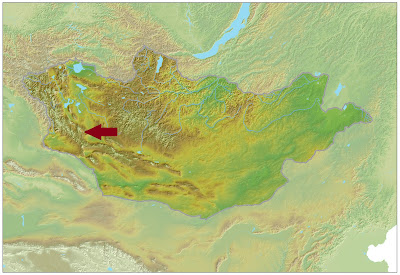 The location of Ikhes Nuur (lake size c. 5.5 km x 3.75 km)
in the Gobi Altai aimag (province), western Mongolia.
After having counted the gulls we spread out for exploring the lake’s surroundings. Lucky those who ventured farther away from the lake and by doing so also getting away from the millions of tiny black flies. We had 13 breeding pairs of Mongolian Gull, 220 pairs of Gull-billed Tern, more than 400 Pied Avocets (they were about to start breeding), several Greater Sand Plovers, few territories of Yellow Wagtail (leucocephala) and even Asian Desert Warbler was present. 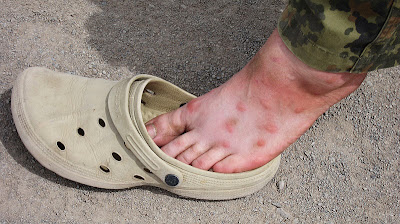 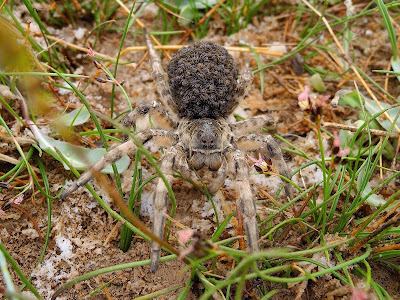 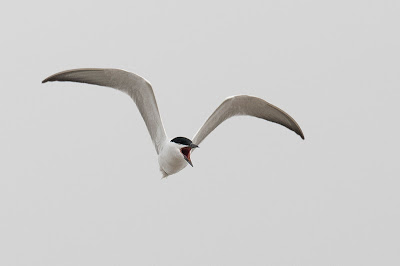 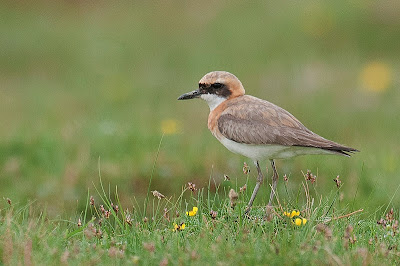 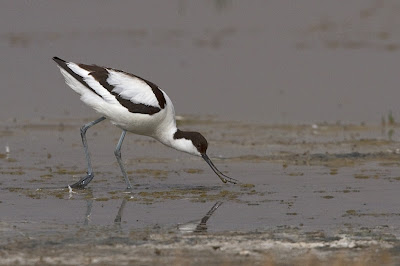 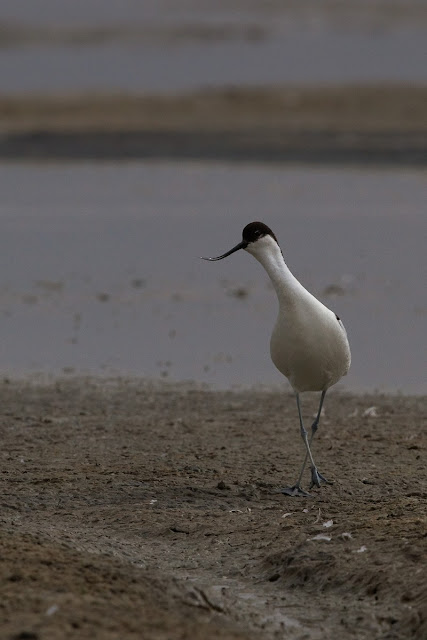 Legs crossed for the future of the Relict Gulls,
Pied Avocet, Ikhes Nuur, Jun 2012, © A. Buchheim

This lake has no formal protection but urgently needs it!

More about our trip will follow soon, so watch Birding Mongolia!