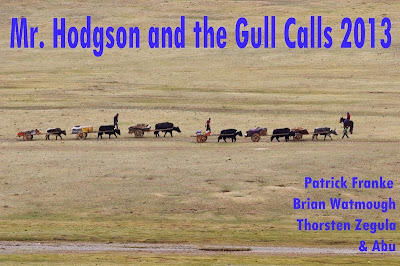 Our visit to Khukh Nuur was excellent again and this site will probably become a stake-out for a number of sought-after species soon. It not only supports a large population of Hodgson’s Bushchat (27 individuals caught, ringed, measured in 2013 alone!) but is also a reliable spot for seeing species like Altai Snowcock, Sushkin’s Asian Rosy Finch and many others.

Nevertheless we left for the forest near Terchijn Tsagaan Nuur. While driving through the mountains on 4 June we came across more Güldenstädt’s Redstarts, Himalayan Griffons and even saw a Corsac aka Steppe Fox. 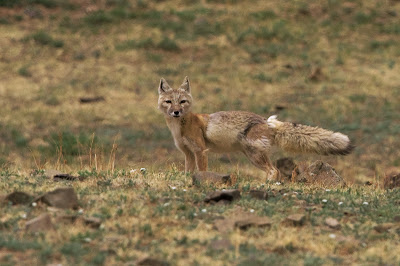 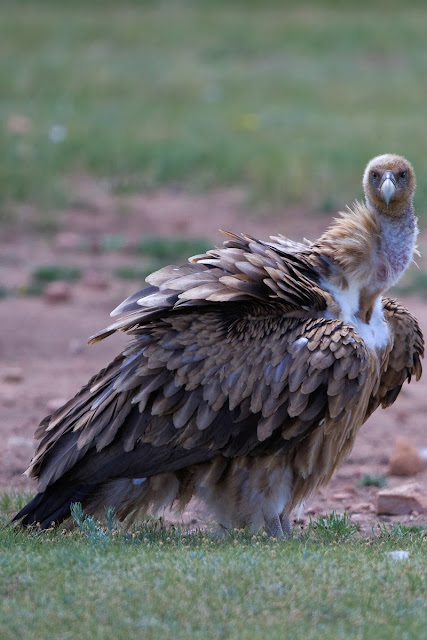 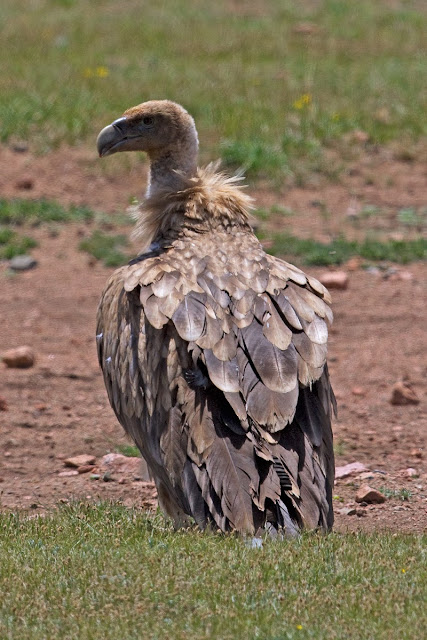 In the night we heard an Ural Owl calling from the slope above our camp and in the morning several Eurasian Wrynecks, Pine Buntings, Olive-backed Pipits, Hume’s Leaf Warblers and Red-throated Thrushes were obvious inhabitants of the larch forest. Patrick found a 2cy Red-flanked Bluetail and got it sound recorded. 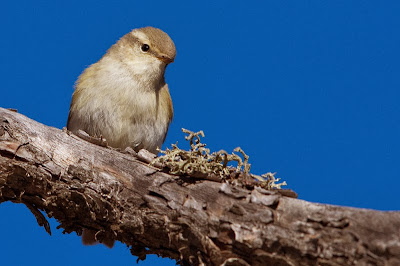 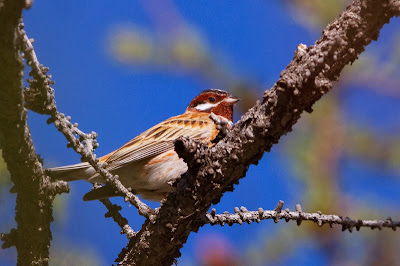 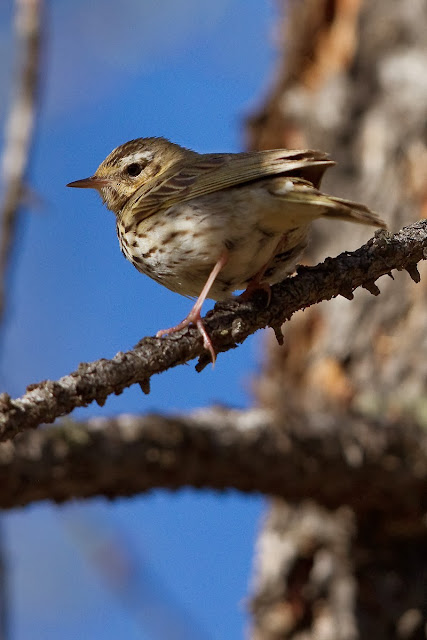 After breakfast we went on and checked several flocks of waterfowl but we could not find any of the “elevated” species. In the early afternoon we arrived at Tsetserleg where we pitched the tents in the valley above—and it turned out that this valley also has a pair of Ural Owl. Other standard birds here were Godlewski’s Bunting, Common Rock Thrush, Pied Wheatear, Taiga Flycatcher, Brown Shrike and White-backed Woodpecker. 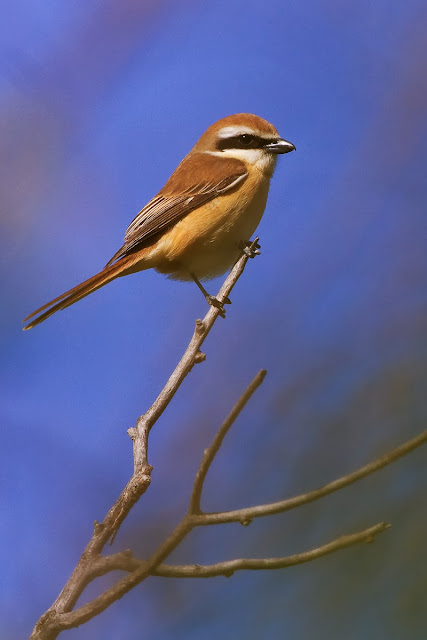 More about the birds of Ogij Nuur next in this theatre—keep checking Birding Mongolia!