On 30 June 2016 Otgonsuren Avirmed and I were measuring Elm Ulmus pumilo trees at the Undai River in Khanbogd soum, Umnugobi province (42.6734ºN 106.9606ºE). This was part of an ongoing survey by the Wildlife Conservation Society of Mongolia.

When I looked up I saw a strange bird which was mainly white, grey and black. It was feeding slowly within the canopy of the trees and I quickly took two photographs. I could not identify it at the spot so pictures were sent to Gankhuyag Purev-Ochir, Purevsuren Tsolmonjav, Amarkhuu Gungaa and Batmunkh Davaasuren for checking. It turned out that we had found Mongolia's first Ashy Minivet! We could not check the site the next day so it remains a one-day wonder. 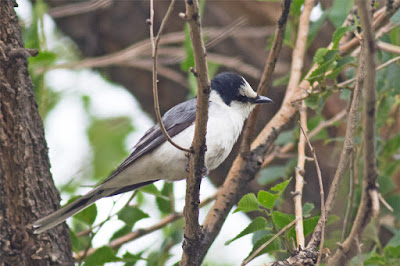 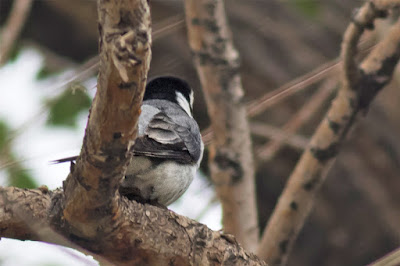 Ashy Minivet has been on our "next for the country list" for long. It breeds from Amurland in Russia's Far East and NE China south to Korea and also in Japan. Its non-breeding range lies mainly in SE Asia, on the Greater Sundas and in the Philippines, and it occurs also regularly India. Given this range the species has been expected to visit Mongolia on migration for some time! Congrats guys!

Initiative was good and well maintained. Very detailed information while highlighting each and every aspect of the topic made it more interesting for readers to love such topics.

I really loves this site I give the ceo of this site really deserves an accolades. Well done for the hard and and smart work got this site. Don forget to latest Instrumental and freebeats for 2020 download latest 2020 songs Naija songs