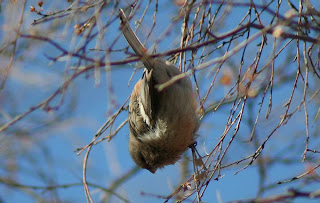 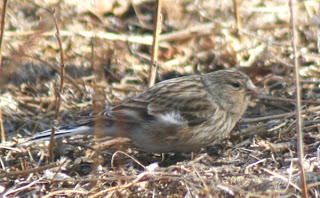 A single Daurian Jackdaw was spotted in Tsetserleg on 15 March, numbers grew to 166 during the following five days and by the end of March they can be watched every day. A male Red-throated Thrush and a male Everman´s Redstart were first observed on 22 March in the willow/birch scrubs north of Tsetserleg. A Pine Bunting sang in the larch forest on the same day and the first Ruddy Shelduck rested at the Tamir river (still nearly completely frozen) on 23 March.