As part of a monitoring scheme by WWF Mongolia under the project “Ensuring environmental friendly solution for building of Dorgon Hydropower Plant in West Mongolia” I went together with Gantulga, officer of the anti-poaching unit “Snowleopard-3” on a 6-day tour to survey Khar Us Nuur (nuur=lake) in Khar Us Nuur National Park (KUNNP). On July, 1st the Chono-Kharaikh River which is connecting Khar Us Nuur and Khar Nuur will be diverted from its bed in order to complete the construction of a dam which will provide the water for a hydroelectric power plant. WWF Mongolia is conducting documentation on damages to the National Park and to local people (loss of pasture). For more info click Dams in Mongolia. 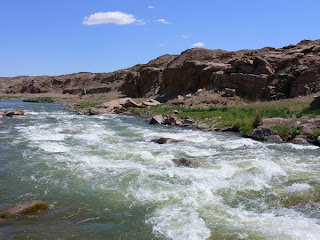 Tribute to Chono-Kharaikhn Gol. This beautiful gorge
will become a boring reservoir in the near future.
24 Jun 2007. Photo © A. Braunlich

During the survey a total of 105 bird species were recorded.

Off the western shore of Khar Us Nuur a loose flock of c.60 adult Black-throated Divers (or for our American friends: Arctic Loon) on 23 Jun was the largest concentration of the species I have ever seen in Mongolia. The same day we counted further 80 + a pair with two chicks on Dalai Nuur (which is the northern part of Khar Us Nuur), bringing the total for Black-throated Diver that day to about 140 birds! 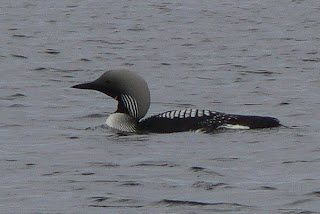 One of the first birds seen on the tour was a summer plumage male Long-tailed Duck, an addition to the bird list of KUNNP and Mongolia’s third record (and species no. 354 on my personal Mongolian list). The bird was very distant and the pictures I took (digiscoped in heat haze…) are extremely poor indeed, but are still ok as proof.

Water levels were very low everywhere, due to an extremely dry spring. At Dalai Nuur the water-line retreat was about 400 m! A planned survey by boat had to be cancelled. However, we managed to record a great number of waterbirds from the shore, the commonest being Red-crested Pochard with more than 8,000 counted. 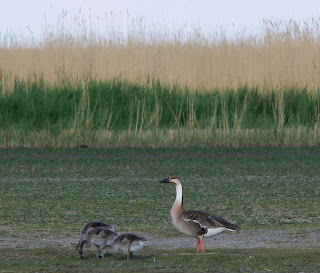 Swan Geese. About a dozen pairs with young of this
globally threatened species were found during the survey.
Photo © A. Braunlich

Other globally threatened species recorded include 6 (only!) White-headed Ducks, 2 adult Pallas’s Fish Eagles, and a flock of 8 Dalmatian Pelicans, feeding with a large flock of Great Cormorants. 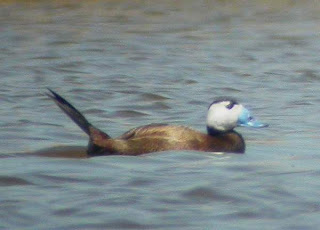 In the reeds large numbers of Pallas’s Grasshopper Warblers were singing (none there in late May, the species has very late arrival dates). Other common species still singing in the reeds included Great Reed Warbler, Bluethroat, Savi’s Warbler, and Paddyfield Warbler. 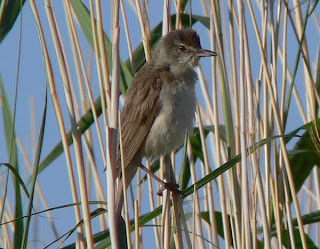 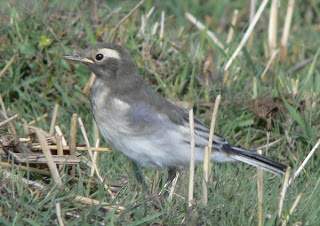 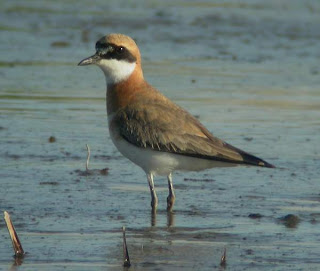 Greater Sand Plover. A fairly common breeding visitor
to the semi-desert bordering the wetlands of Khar Us
Nuur National Park. Photo © A. Braunlich 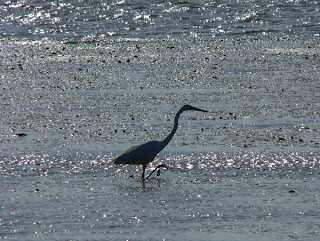 A quick side-trip to Jargalant Khairkhan Mountain (max. 3,797 m a.s.l.), part of KUNNP failed to find the globally threatened White-throated Bush Chat Saxicola insignis, which I had recorded breeding at this site 12 years ago. At the entrance to the valley which I ascended a very good selection of larger birds were soaring in the upwinds: 5 Eurasian Griffon Vultures, 3 Cinereous Vultures, 1 juvenile Bearded Vulture, 1 Golden Eagle, 1 Steppe Eagle, 5 Northern Raven, and 2 Red-billed Choughs. 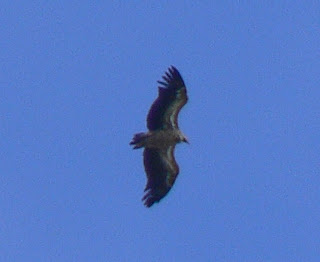 The distribution of Eurasian Griffon Vulture and Himalayan Griffon Vulture (the latter more rare in Mongolia) is far from well-understood, and photographic documentation of Gyps vulture records are always welcome! 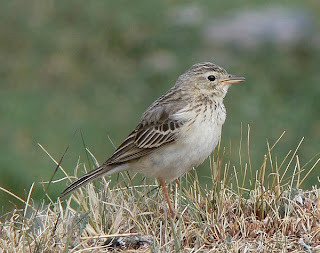 On the lower slopes of the mountain we observed a family (2 adults and 5 fully grown fledglings) of Saxaul Grey Shrike Lanius (meridionalis) pallidirostris. (Note: vernacular name: “L. Svensson prefers ‘Saxaul Grey Shrike’ for pallidirostris; ‘Steppe’ is to be avoided in the name in any language. The use of ‘Steppe Grey Shrike’ is of comparatively recent date, and there seems to be little justification for preserving a totally misleading name of young age. ... Without a more detailed study of voice, behaviour, and other characters of pallidirostris in comparison with, e.g., L. m. elegans or aucheri, separation of pallidirostris from L. meridionalis seems premature.” AERC TAC 2003). Other breeding species sharing the habitat with Saxaul Grey Shrike at this site are Isabelline Shrike and Barred Warbler. 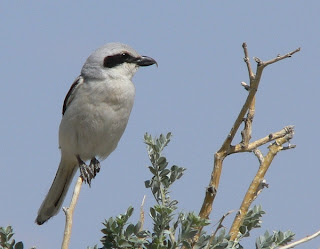 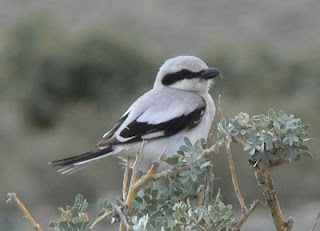 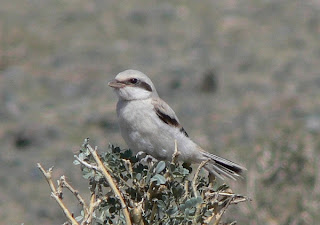 Fresh from the Source said...

I just recently returned from Mongolia where I fell in love with a lovely black bird, much like a crow or raven. It soared beautifully on the air currents, roosted in the evening in flocks of about 10 birds, and had a beautiful song, compared to a crow, at least. I saw them just outside of Ulan Bator. Can you tell me the name of this bird? I can't seem to find anything on a Google search. Thanks.