During a trip to eastern Mongolia we observed at least adult 7 Purple Herons Ardea purpurea in the Khalkh gol (Khalkh river) Delta at Buir nuur (Lake Buir) on 6 August 2010. The herons were commuting between their presumed breeding sites in the delta and some feeding grounds a few kilometres away. Neither of the sites could be visited since the observation area is directly at the Mongolian-Chinese border and access is very much restricted. 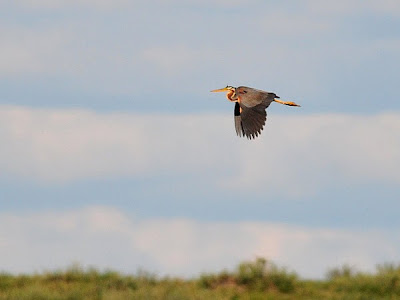 The Russian ornithologist Oleg Goroshko recorded the first breeding of Purple Heron at Khalkh gol/Buir nuur (and presumably the first breeding for all of Mongolia) in July 2003, when he observed 3 adults and one nest with 3 large chicks: Goroshko, O. A. 2004. Data for Waterbirds at Buyr Nuur (Eastern Mongolia). Mongolian Journal of Biological Sciences 2(1): 67–68. 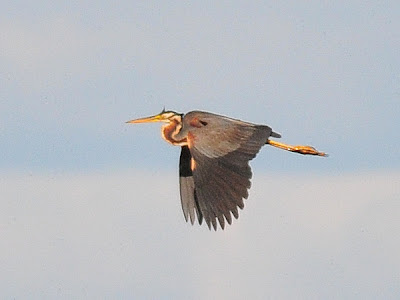 From the photo above, zoomed in. Photo C. Bock.
Khalkh gol/Buir nuur is probably the only area in Mongolia where Purple Heron can easily be observed. Further west it is very rare. 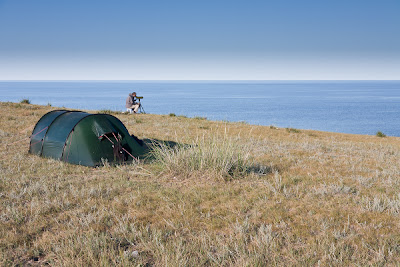 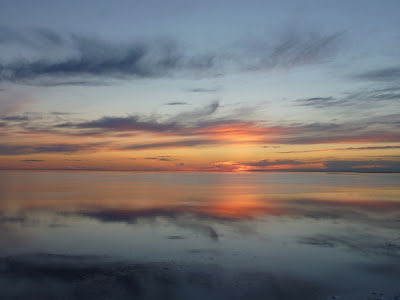