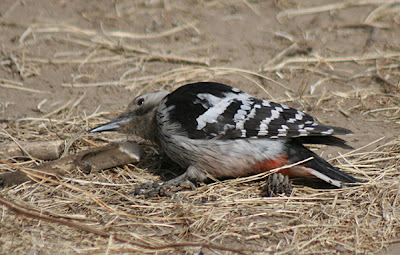 A time ago my colleagues saw Greater Spotted Woodpecker feeding on (sorry) a dead dog at winter.