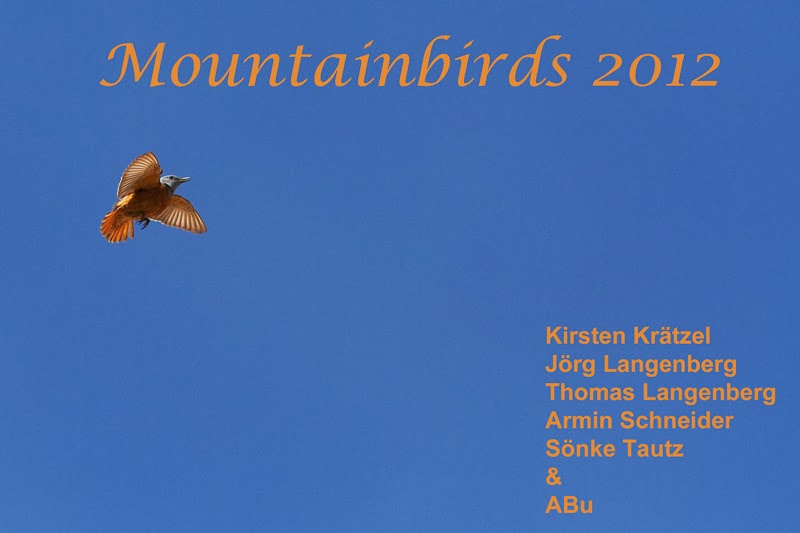 
From Arvaikheer we drove directly to Ogji Nuur where we stayed for the night from 23 to 24 June 2012. Few birds were seen during the drive but a group of Eurasian Black Vultures at the carcass of a horse was disrupting the monotony as did—every now and then—a Steppe Eagle along the road. Between Arvaikheer and the lake zillions of Brandt’s Voles had been digging through the soil and at the lake there was another abundant rodent: Mongolian Gerbil. 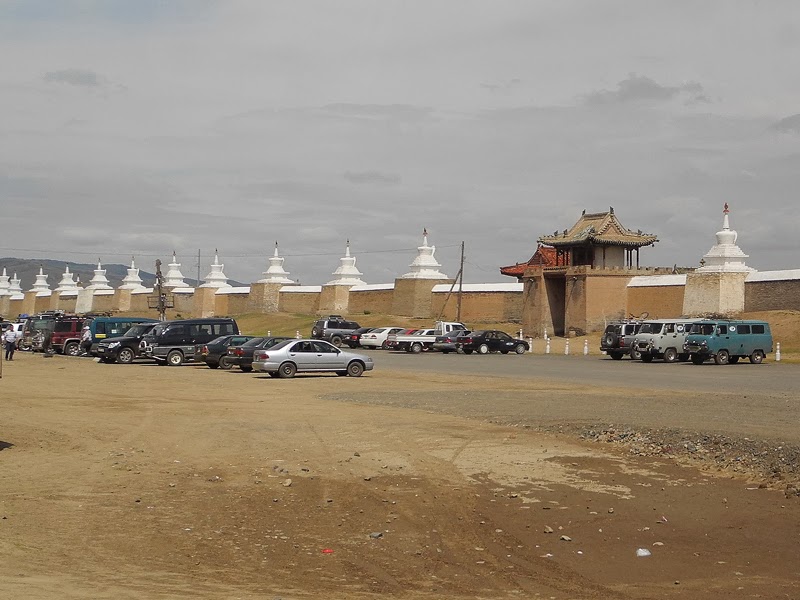 Kharkhorin Monastery is nowadays a tourist hub,
Jun 2012, © A. Schneider 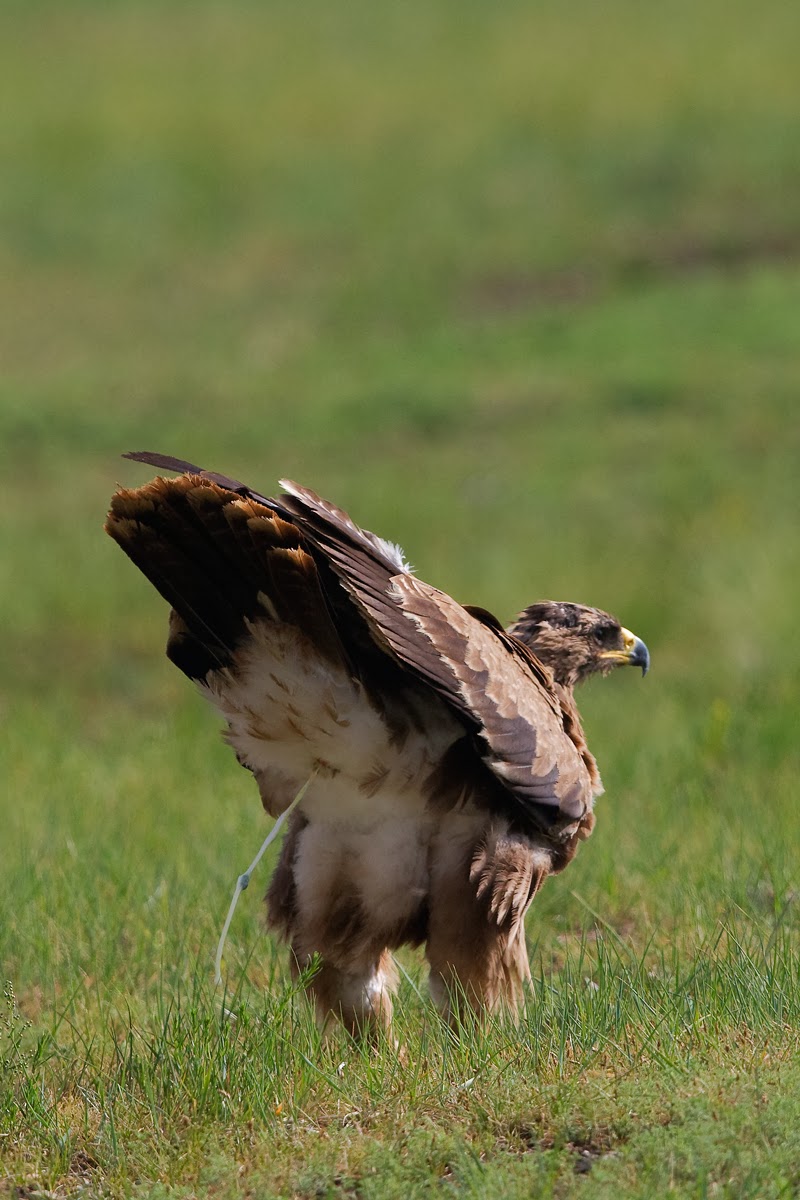 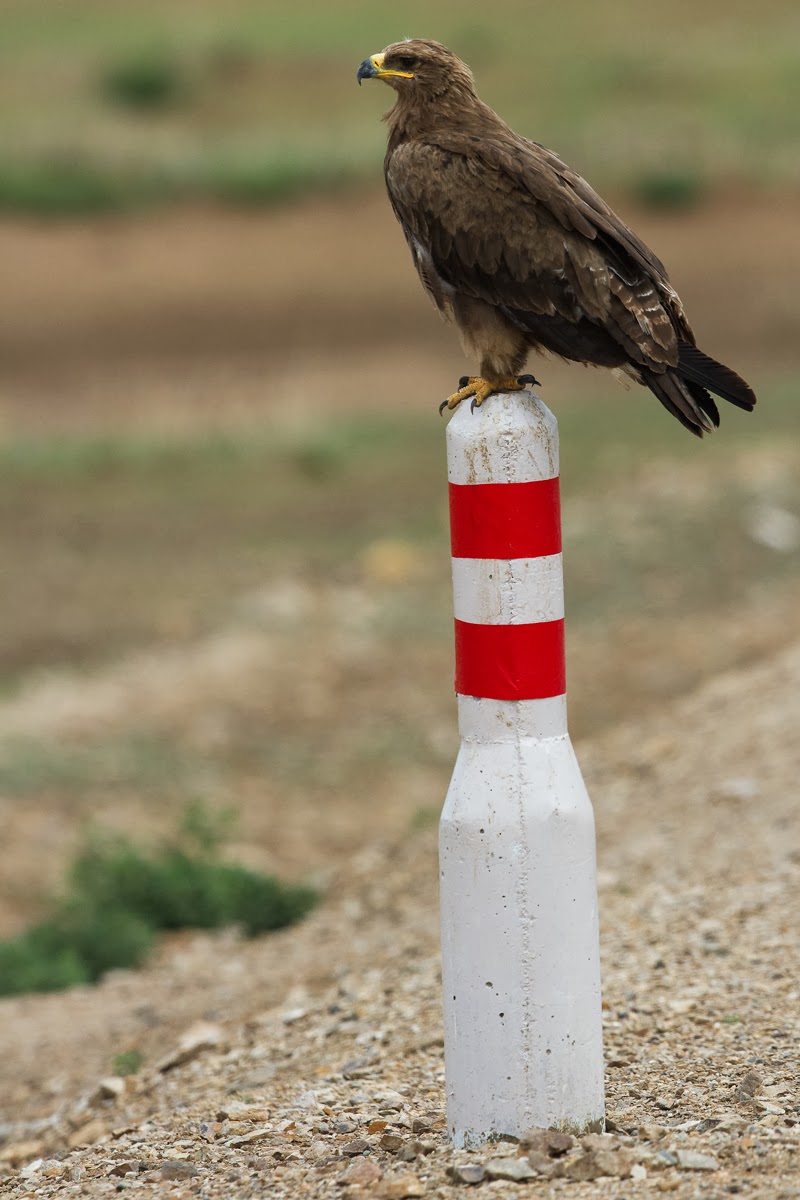 Steppe Eagle on roadside pole, near Kharkhorin,
Jun 2012, © A. Buchheim 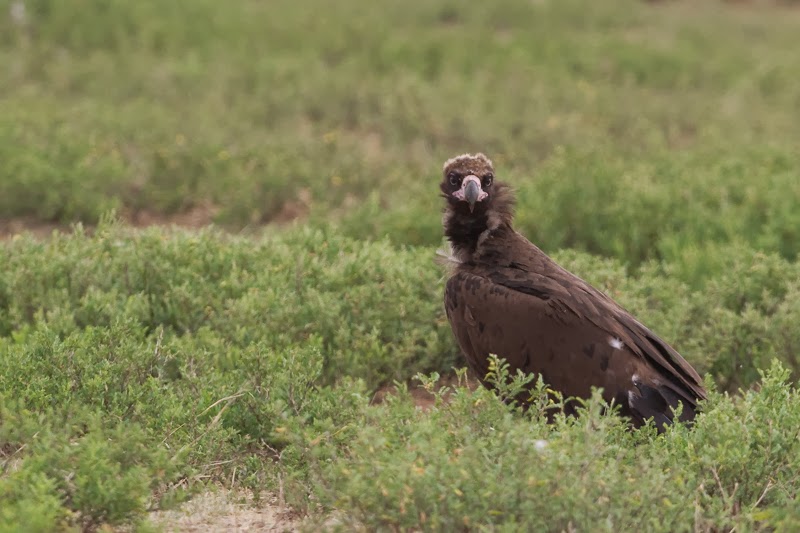 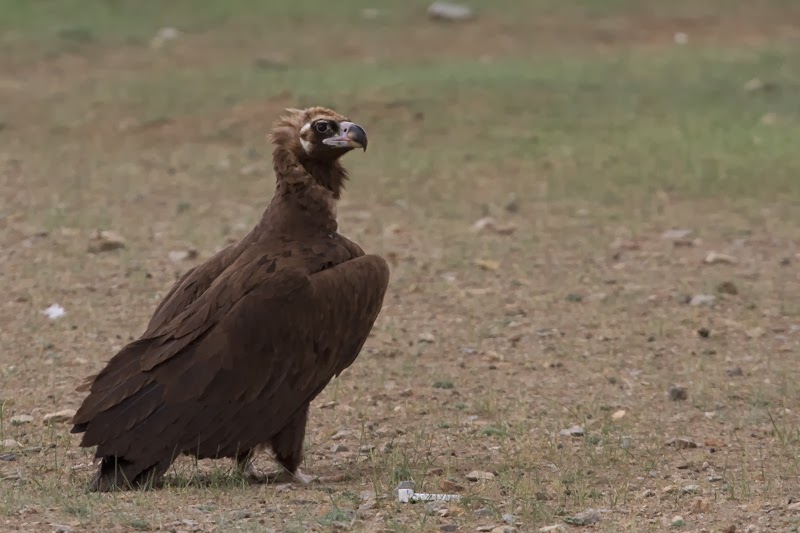 The water level of Ogij Nuur was also at a (presumed) record low. Nevertheless we encountered c. 2000 Swan Geese (the moulting flock), an adult White-tailed Eagle, a 2cy Pallas’s Fish Eagles, a stunning male Falcated Duck, 4 Black-throated Divers, 2 Pallas’s Gulls (adult and a 2cy), c. 600 Great Cormorants, 1 Common Coot and lots of ducks and waders. Even a 3cy Little Gull was lingering but when we got closer to it we saw that the tip of its lower mandible was missing and we speculated that this damage must have reduced the poor bird’s fitness. 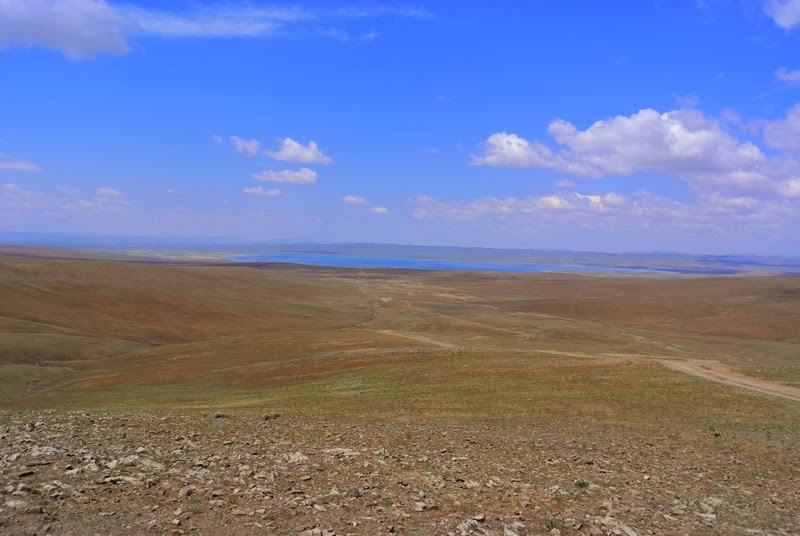 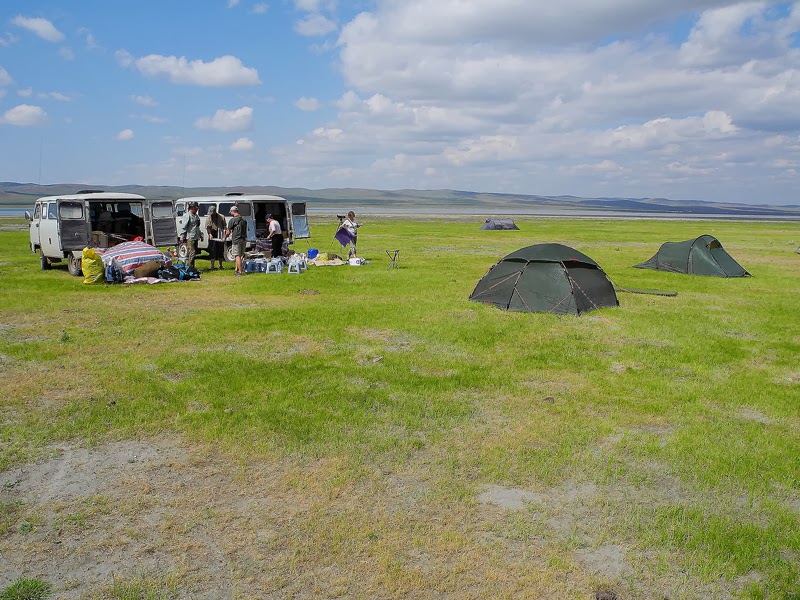 Our camp on the perfectly flat grounds of
the western shore, Jun 2012, © A. Schneider 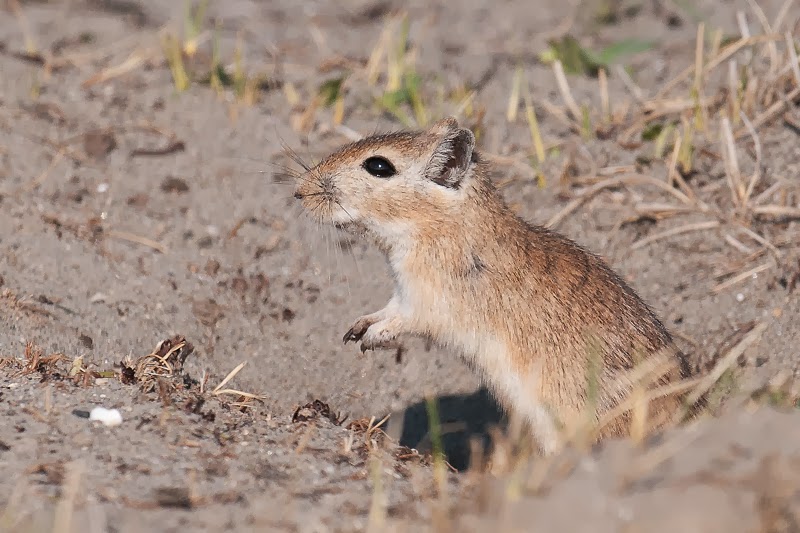 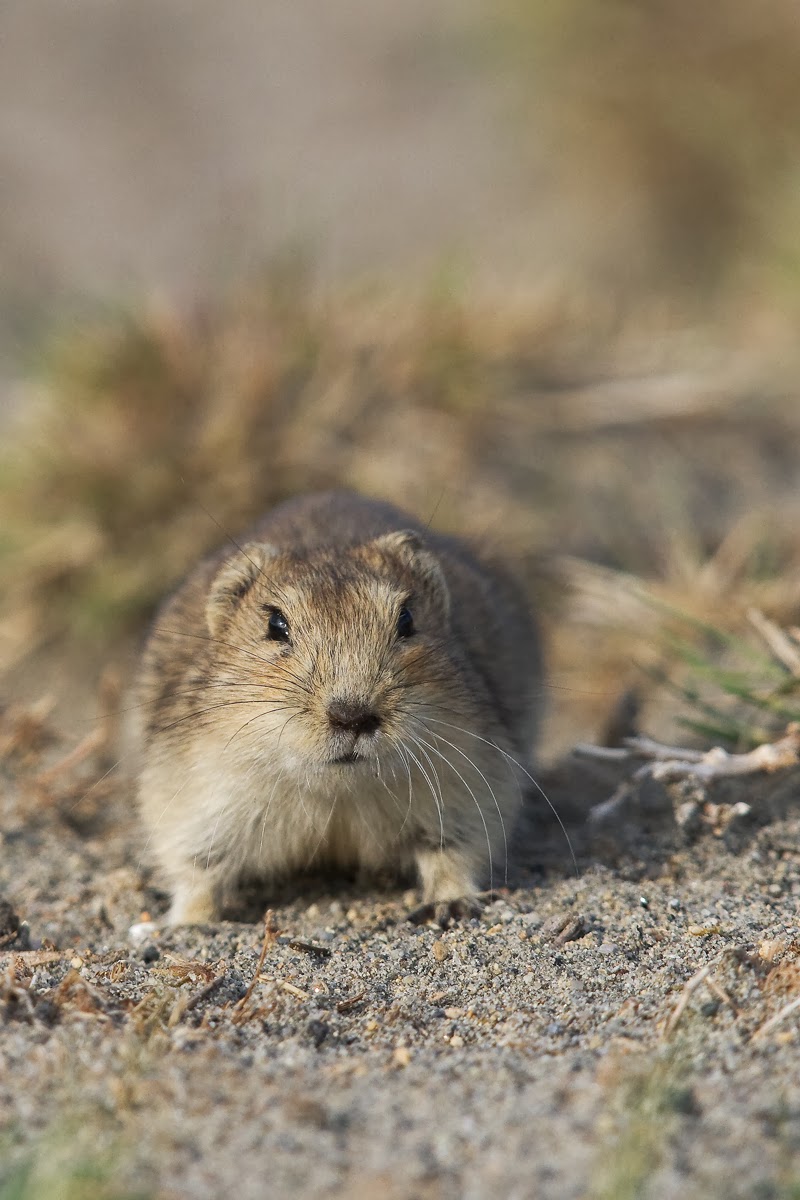 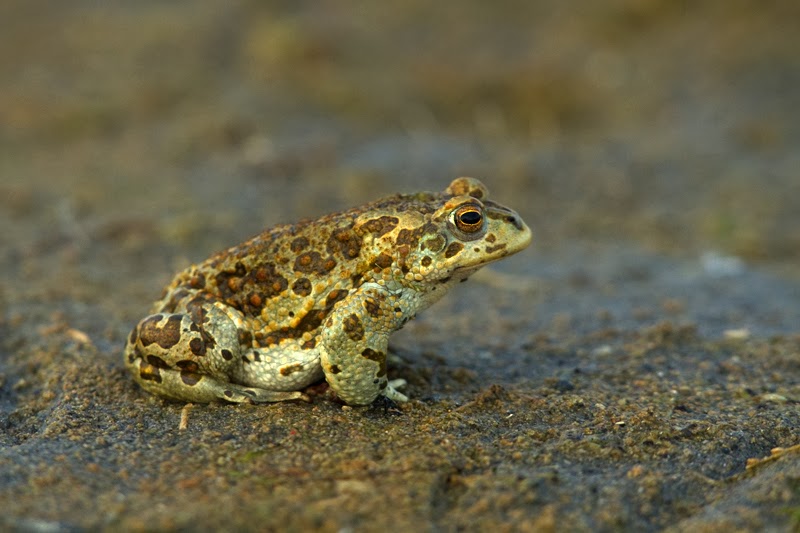 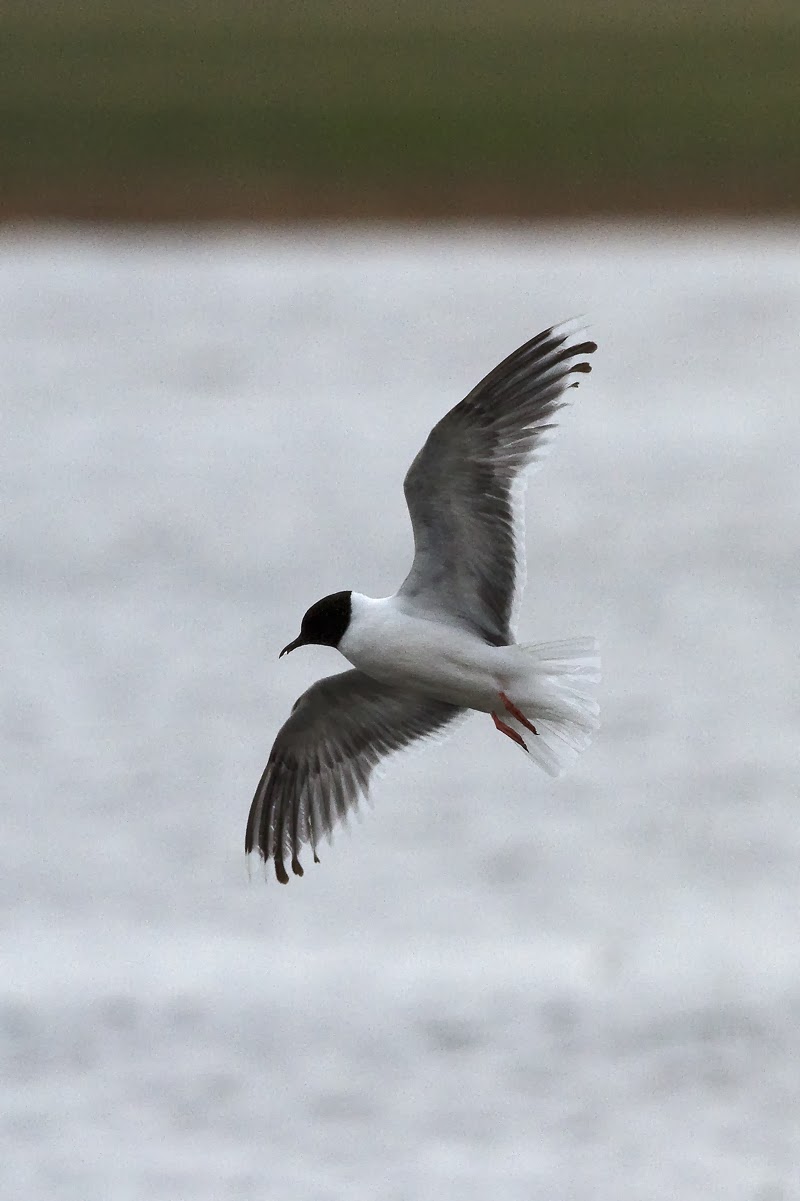 3cy Little Gull, note that the tip of the lower mandible
is missing, Ogij Nuur, Jun 2012, © A. Buchheim 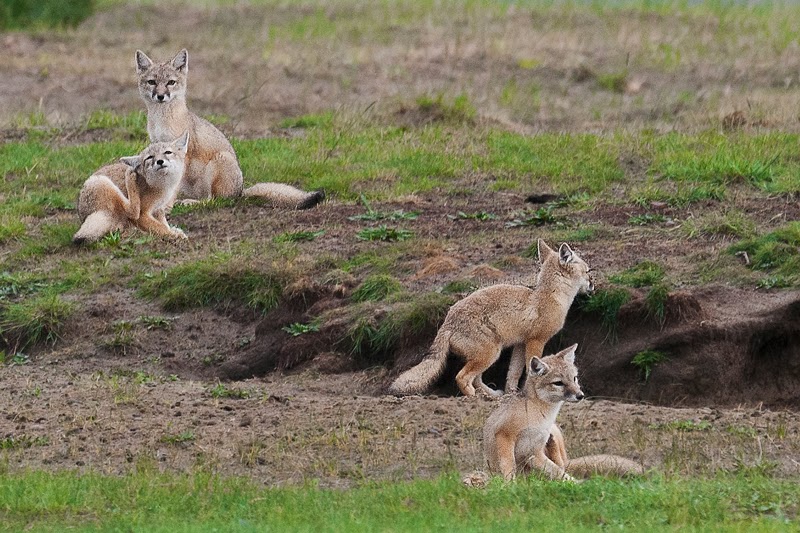 In the night it was raining a lot but by the morning the rain had ceased and we went to the fisherman to buy some fresh fish and continued towards Bayan Nuur near Daschinschilin village.

But more about the birds we found there will be posted next, so watch out!