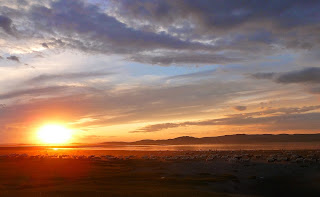 From 13 July to 10 August 2013 I made a birding trip to Mongolia, together with my wife Jana, my son Max and my friend Bernd Möckel (Plauen, Germany). Our principal purpose was to visit the high altitude areas of the West Khangai Mountains around Otgon Tenger and Kukh Nuur. Furthermore, we had arranged some side trips to several lakes for watching waders, waterfowl and other birds. First I’ll report about the lakes at the northern side of our circular trip around the Khangai Mountains.

Our first stop was a nameless floodwater lake several hundred meters south of Lun Sum, a little village between Ulaanbaatar and the Khangai Mountains. A pair of White-naped Cranes foraged around the lake and some Curlew Sandpipers, Long-toed Stints as well as a flock of about 40 White-winged Terns opened our birding trip. 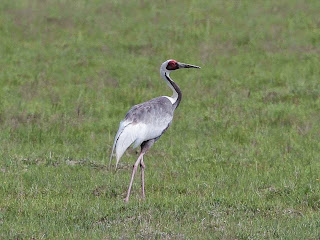 At Dashinchilen Bayan Nuur we spend the first and last night of our journey. This saline lake is a paradise for waders, with approximately 1,500 Pied Avocets roosting. Furthermore, small groups of Dunlins, Temminck’s, Long-toed and Little Stints, Sharp-tailed and Broad-billed Sandpipers were observed plus a single Ruff on our way back. In the reeds alongside a small stream Oriental Reed Warbler, Paddyfield Warbler and Pallas’s Grasshopper Warblers were singing, one or two pairs of Eastern Marsh Harrier hunted in this area whilst one Eastern Water Rail called continuously. Also, passerines typical of meadows were present in good numbers, such as Richard's Pipits, Yellow and Citrine Wagtails and Pallas’s Buntings. 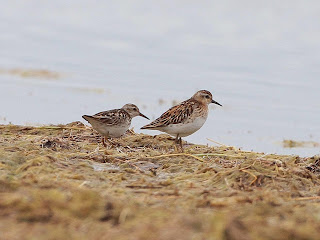 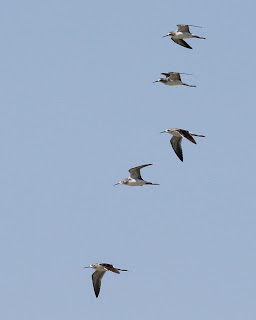 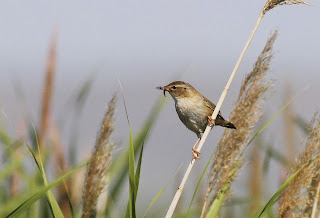 One of the most important lakes for birding is the Ogii Nuur, situated to the north-east of the Khangai Mountains. We stayed here from 16 to18 July and from 5 to 7 August. Abu wrote in a former blog entry that here was the capital of voles and gerbils in this year—exactly our own impression! These small mammals were swarming all around the lake. Very likely this was the reason for the high abundance of raptors around. 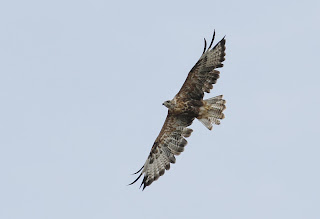 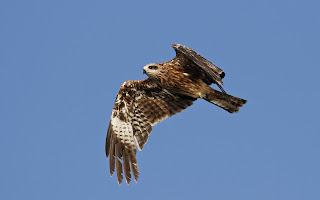 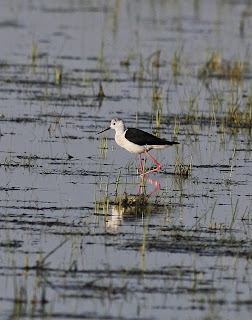 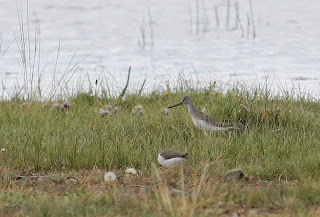 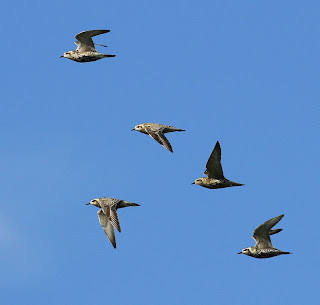 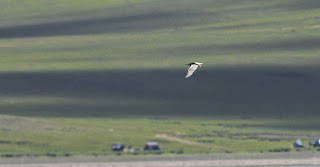 Our next station was the wonderful freshwater lake Terkhiin Tsagaan Nuur, including its small saline neighbour Khadat Nuur. This area is surrounded by great taiga forests. At the eastern edge one of the rare Mongolian volcanoes is situated. The landscape in the west, around the saline lakes, is shallower. Large numbers of Great Cormorants, Bar-headed Geese and Ruddy Shelducks were roosting; furthermore White-winged Scooters, Back-throated Divers (Arctic Loons) and Slavonian (Horned) Grebes were uncommon breeding birds on these lakes. In addition, a lone Red-necked Phalarope was an early migrant.

Telmen Nuur, the last lake in the first part of my short report, was not so rich for birding. Mongolian Gulls fed their chicks here, several hundred Bar-headed Geese, two Back-throated Divers and a single Eurasian Spoonbill were mentionable. 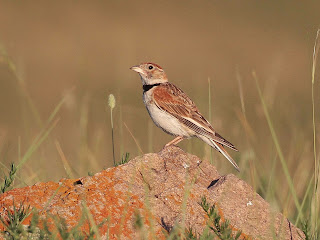 About our bird-sightings in the high altitude habitats of the West-Khangai Mountains and at the largest Gobi lake, Boon Tsagaan Nuur, I’ll report in the following two parts of this trip report.