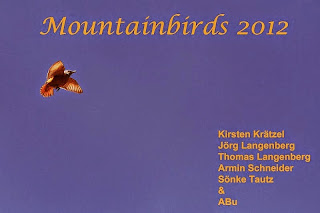 There was one mammal on the wish list and a bird as well: Wolf and Siberian Crane. That meant that we tried on the Wolf first, naturally. As being closest to the previous site, we visited Mongolia’s only real National Park: Khustai Nuruu NP. Here, where there are not only the re-introduced Przewalski’s Horses, but also about 50 dens of Wolf, we hoped to see the latter. So we went there and camped just outside the NP to the south. The alarm was set on 03:30h in the morning which proved to be very unpleasant! In the very, very early morning of 28 June we walked up to the hilltop and searched for the wolves.

Incredibly, after searching for only 10 minutes, a running cow of Wapiti (traditionally the big deer in Mongolia had been regarded as belonging to Red Deer, subspecies sibiricus, but the Handbook of the Mammals of the World includes all Mongolian Red Deer in Wapiti, the American counterpart of what is now “Western Red Deer”, thus the scientific name of the Mongolian Wapiti, also called Altai Maral, becomes Cervus canadensis sibiricus) was spotted, closely followed by three grey shadows which turned out to be a (small) pack of wolves.

Whatsoever, we watched the charge for some minutes but the cow could outrun the predators. Those gave up after they discovered that they would have no chance of taking down that cow. Instead they chose to charge a Mongolian Gazelle but also failed. As the wolves walked back into the NP, they came across two stallions of Przewalski’s Horse that had been taking a rest. The two big male horses stood up and walked straight towards the wolves as if they intended to show that the grey animals should not try to charge them. 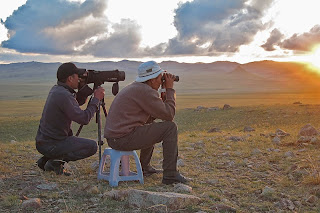 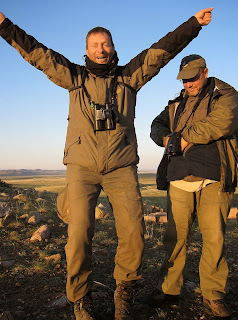 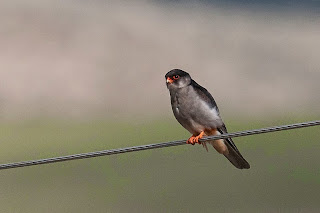 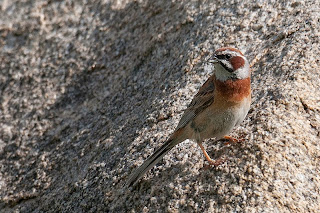 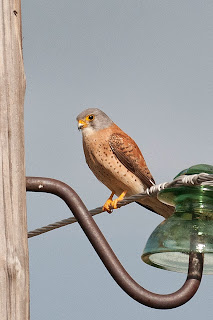 Khustai Nuruu NP has much more on offer than mammals. It is an easy accessible place to see Meadow Bunting, Amur Falcon and a variety of steppe birds. But as we wanted to try our luck on Siberian Crane we did not invest much time for birding there and went straight to Gun Galuut, just 120 km to the east of UB. 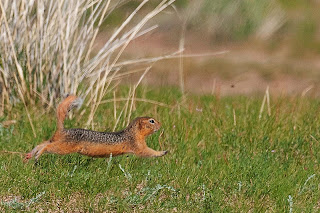 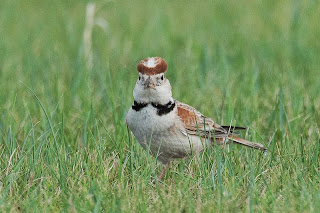 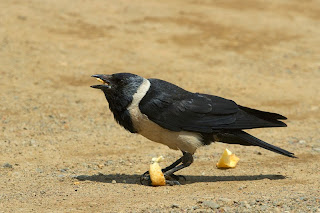 Earlier this year, one of these gorgeous birds had been seen and as soon as we arrived at the site we searched for it. It had left this badly down-grazed site, no wonder. It seems that this area is not protected for wildlife but only to support local herders and their livestock. This gives an overall very bad impression to foreigners. Most birds we saw were at the small ponds and another Asian Dowitcher, 3 male Falcated Ducks and a hybrid Tufted Duck x Common Pochard were most noteworthy on 29 June. We headed back to the capital and the group left the next day.

Despite the dip it was surely one of the most successful trips for us. BirdingMongolia wants to say “Thank you!” to the guy who produced a series of incredible shots during this trip: Mr. Thomas Langenberg. We sincerely hope that you will return to Mongolia! 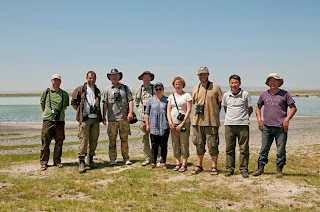 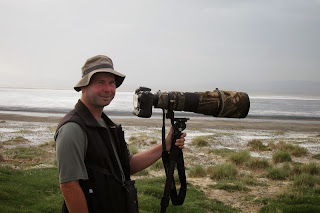 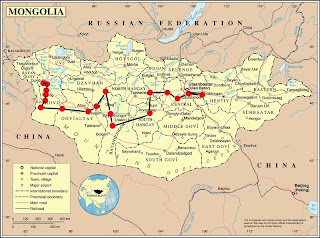 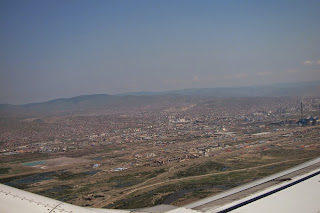 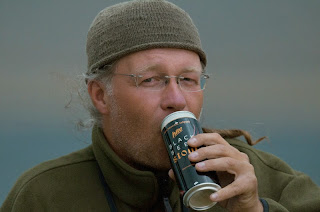