In the morning of the 17th December 2011 I looked in much disbelieve at my thermometer which hangs outside the west side of the building. What I saw let me dress up with an additional layer of clothes: minus 36°C (-32.8°F). Anyway, Gankhujag P., Amarkhuu G. and Bolormunkh E., all members of the Mongolian Bird Watching Club, picked me up soon, and we drove towards UB Ponds in the west of the city. As we went we realized that the wind—actually only a slight breeze—was coming from the east and thus was blowing all the smog of the world’s second most polluted city to our destination. Indeed, at the ponds, we could hardly see anything as not only the smog was thick but also the rising fog from the “warm” ponds—no wonder at these brisk temperatures. So we went on quickly to check the riparian forest remains below Songijno Khairkhan Uul where we had seen nice birds previously (15 Jan 2011, 30 Jan 2011, 13 Feb 2011; Mongolian Bird Watching Club 22 Jan 2011, and where 600 Black-eared Kites were present in Sept 2011). This time the species composition was a bit different there. Seed-eaters like Eurasian Bullfinch, Hawfinch and redpolls were all lacking, may be as a result of the 12–15 cm thick snow-layer, quite a lot this early in winter. 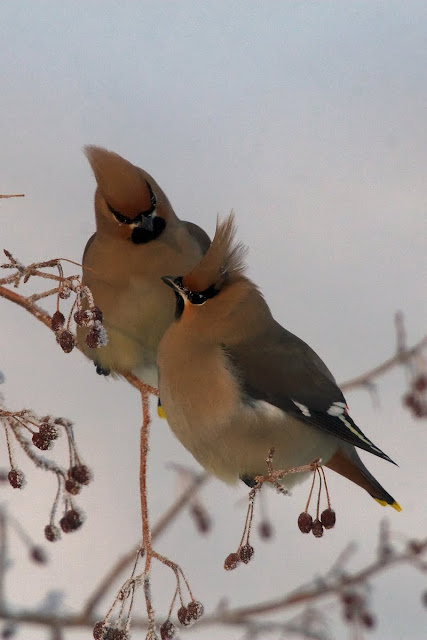 Spring is in the air:
male and juvenile female (in front) Bohemian Waxwings,
below Songijno Khairkhan Uul, Dec 2011

However, we saw about 200 Bohemian Waxwings, two larger flocks of thrushes totalling c.40 individuals (Black-throated and Red-throated Thrushes being the most numerous, but there were also few Naumann’s Thrushes and even a single Fieldfare). The thrushes were taking advantage of the many fallen berries as did the waxwings. 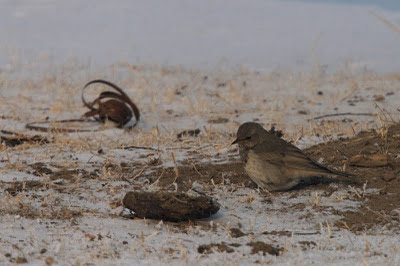 Too cold to walk on both legs:
female Black-throated Thrush,
below Songijno Khairkhan Uul, Dec 2011 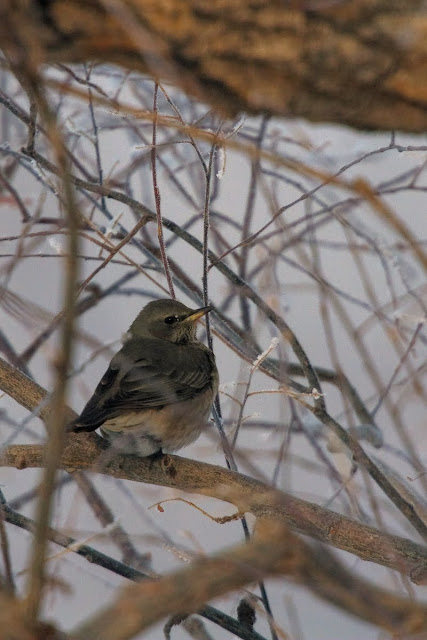 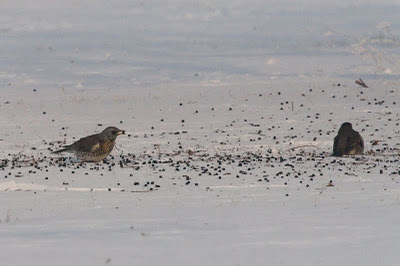 Apart from the fieldfare the best bird was certainly a female Güldenstädt’s Redstart (photo at the Mongolian Bird Watching Club Website). Like in summer, we found Azure-winged Magpies (8 plus 3) and there were few each of the other usual corvids.

After a while we travelled further west, and near the so-called UB Bird Plant (Шувуун фабрик), where chicken are bred and eggs are produced, we found a small flock of Eurasian Collared Doves. According to the information we got from a local person we had asked, the doves had appeared for the first time during the previous winter. To our knowledge these 12 birds represent the only (?) December record of the species in Mongolia.

We checked the area around the Bird Plant but could not find any further individuals. 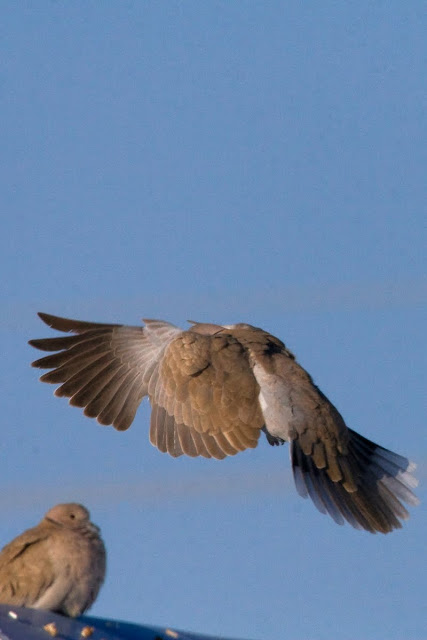 Further down the river (see here and here) we combed the degraded riparian forest and found a female Black, a female Lesser Spotted and a male White-backed Woodpecker, all busily foraging. Here the sun was shining and we felt its power. The temperature had risen considerably and after the very cold start, temperatures even as low as minus 25°C (-13°F) seemed quite comfortable. Two flocks of Long-tailed Tits were each accompanied by Azure and Great Tits and, high up in a willow-tree, was an old nest of Crowned Penduline Tit. This will be something of the past soon: A great many people were seen cutting fuel wood. 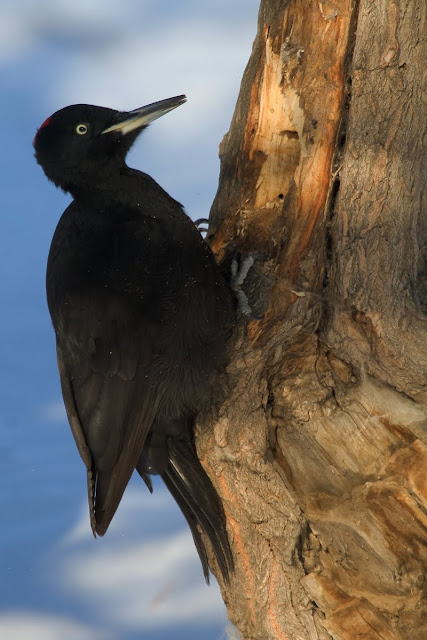 It was a fantastic day out, with great companions. By the time (17:00h) I arrived back home the temperature had fallen already to minus 28°C (-18.4°F). This trip was sponsored by the Wildlife Science and Conservation Center of Mongolia (WSCC).

Thank you guys very much for brighten up this dimly lit day!